Tylenol is one of the most recognizable drugs in the United States. While it is the brand name for acetaminophen/paracetamol, Tylenol has become so ubiquitous since it was first manufactured in 1955 that the brand name is synonymous with the generic drug. Broadly speaking, Tylenol is a trusted brand, bought over the counter and used for a variety of purposes, including pain relief, fever reduction, and the soothing of allergies. Acetaminophen-based drugs are the most commonly used medicines in the United States, and it is estimated that 23% of adults in the country use some form of it weekly.

But could there be underlying dangers with Tylenol? A Tylenol autism and ADHD lawsuit alleges that that is the case. Based on research that demonstrates a link between acetaminophen use in pregnant women and the health outcomes of the child, the Tylenol lawsuits of 2022 want to uncover what the drug’s manufacturers knew about the Tylenol dangers. Many families who have children with neurological disorders like autism and ADHD (attention deficit hyperactivity disorder) are hoping to pursue compensation from the various manufacturers of the drug.

As of late 2022, the Tylenol lawsuits are in what is termed a consolidation phase. That is to say that we are at the early stage of filing lawsuits against the defendants, which include well-known distributors of Tylenol and similar acetaminophen-based drugs like Walgreens, Walmart, CVS, and others. In October 2022, a judiciary panel ordered the creation of a multidistrict litigation (MDL), which acted to consolidate many of the Tylenol lawsuits into a single MDL. The fact that an MDL was organized is important, as it signifies that more lawsuits are anticipated. An MDL makes large numbers of lawsuits easier to manage and ensures there is consistency and common standards held in all procedures for hearings. 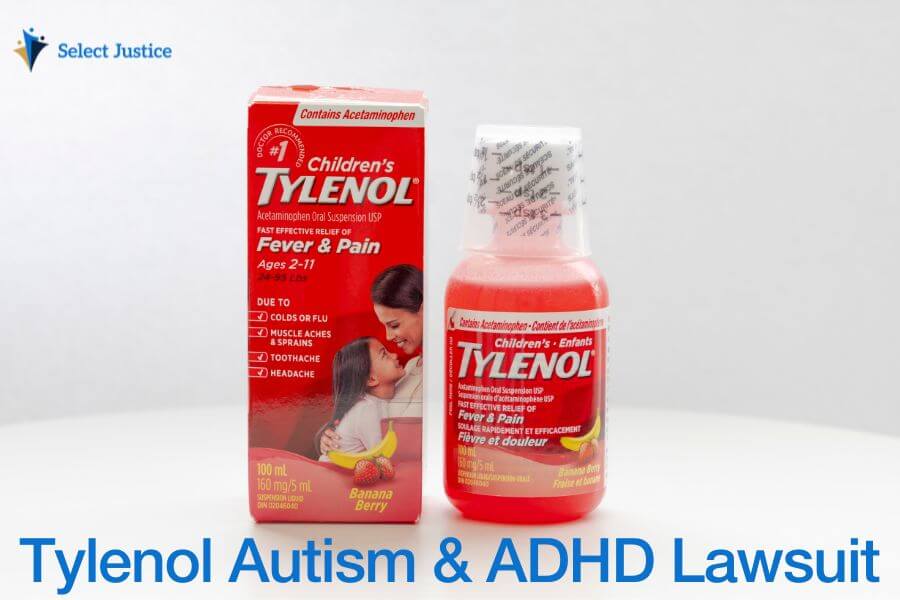 The 2022 Tylenol lawsuits are not the first time the drug has been in the news. Back in 2020, Johnson and Johnson was forced to pay $6.3 million due to its marketing of Infants’ Tylenol. The drug, which was marketed for babies and very young infants, actually contained the same dosage as Children’s Tylenol, which was produced for older children. Johnson and Johnson was accused of marketing the drug as uniquely formulated for infants in order to sell it at a higher price. This was tried in the courts as a Tylenol class-action lawsuit, and those joining the suit were able to claim refunds from the compensation paid by the pharmaceutical giant. We should be clear that Johnson & Johnson is not named as a defendant in the current Tylenol acetaminophen lawsuits, although that could certainly change. Right now, the main defendants are the retailers that sell generic versions of Tylenol. This includes Costco, Walmart, Walgreens, CVS, and Safeway.

What evidence is there for the Tylenol pregnancy ADHD and autism link? Several studies have been conducted worldwide that demonstrate credible evidence that Tylenol usage in pregnancy leads to a higher risk of neurological disorders in the child, particularly, but not limited to, ADHD and autism. These studies have been conducted by respected research bodies in the United States (including John Hopkins University), Spain, Denmark, and elsewhere. For instance, one study published in the American Journal of Epidemiology shows a 20% increase in autism and a 30% increase in ADHD for children born after prolonged exposure to acetaminophen in the womb. We should stress, however, that most doctors still maintain that small doses of Tylenol/acetaminophen are not harmful to the baby or mother during pregnancy. If you are concerned about Tylenol’s effects on pregnancy, you should speak to your healthcare provider.

While the Infant Tylenol class action lawsuit that saw Johnson and Johnson pay out millions in 2020 was an important victory for consumers, the consensus is that the current Tylenol ADHD and autism lawsuits will be more significant and wide-reaching. As mentioned, there have been studies conducted around the world that demonstrate the link between acetaminophen and autism, and there is a growing number of families who believe their children may have been adversely affected after Tylenol use during pregnancy. Estimates vary, and, importantly, the ways in which neurological disorders like autism and ADHD are diagnosed have changed over time, but there is a general agreement from bodies like the CDC (Center for Disease Control) that these disorders are in an “upward trend” over the last couple of decades.

ADHD and autism are the most commonly cited neurological disorders with a possible link to Tylenol use in pregnant women, and they remain the focus of the current Tylenol infant lawsuits. However, there are other Tylenol child injuries and adverse health outcomes reported by those taking legal action against Tylenol retailers. Some of the Tylenol health issues in children are listed below: 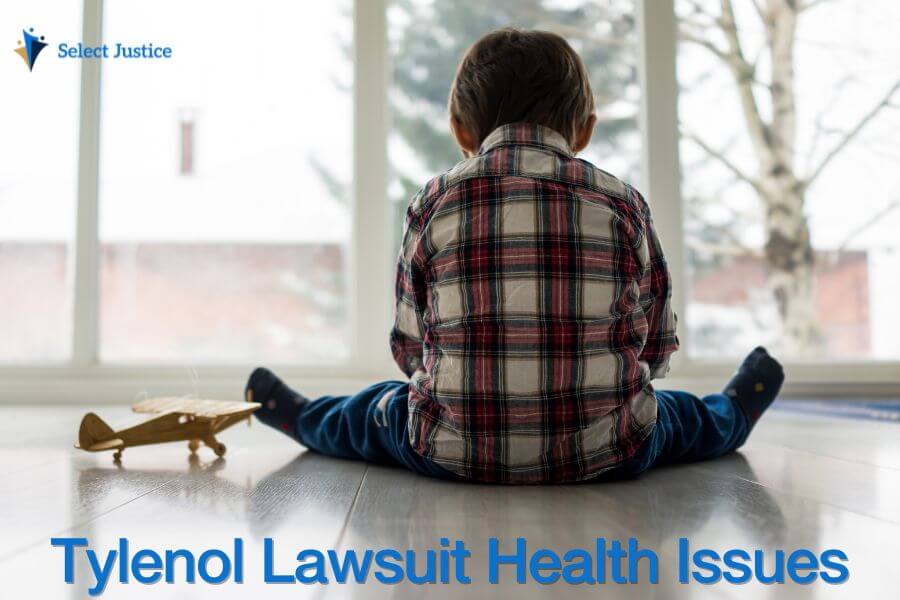 As previously mentioned, we are at an early stage of the Tylenol autism and ADHD lawsuits. As such, it is probably too soon to estimate what you could receive in a Tylenol compensation award. Various factors must be taken into consideration, including whether there was evidence of negligence on behalf of the manufacturers and distributors of Tylenol-based drugs. While it is speculative, we do know that claimants would be due a significant payout if, for example, it was proven that Tylenol producers and retailers ignored warnings over the dangers the drugs posed to children. However, we will have to wait until we see the full body of evidence in the upcoming Tylenol autism legal cases.

It is possible – and certainly not without precedence – that the defendants in the Tylenol lawsuit could decide to settle out of court. That is to say that an agreement is arranged between the Tylenol lawsuit lawyers for the defendants to pay a sum of money to settle the case before its conclusion in trial. The 2020 Infant Tylenol lawsuit was concluded with a settlement. In this case, though, the assumption would be that the defendants would have to pay a much larger sum than the $6.3 million paid to the class action claimants by Johnson and Johnson. However, as mentioned, all of this remains speculation until we get all the information.

Right now, Tylenol lawsuit law firms are asking for more people to come forward if they believe they have been impacted by the drug. Specifically, they are looking for families containing children with neurological disorders (most commonly autism and ADHD) who believe those disorder may have been linked to Tylenol products during pregnancy. If you are unsure about your eligibility to join the Tylenol lawsuits, you should speak to a lawyer or use our Free Case Evaluation tool. That way, you can quickly learn about your eligibility and begin your journey toward compensation and justice.

Is Tylenol a Class Action Lawsuit or a Mass Tort Lawsuit

The current Tylenol lawsuit is not a class action case, although there have been Tylenol class action lawsuits in the past. The Tylenol ADHD/autism lawsuit has been consolidated into a mass tort case, which takes the form of a multidistrict litigation. In the simplest terms, this consolidates all the cases together for purposes of efficiency and consistency while recognizing that claimants have different grievances, injuries, and so on. In an MDL, you would receive a Tylenol compensation payout based on your unique circumstances. In a class action case, the settlement payout is shared equally among claimants.

Is there a Tylenol autism lawsuit?

Yes. Many claimants are taking legal action against retailers who sell Tylenol products.

Why is there a lawsuit against Tylenol?

Claimants allege that Tylenol usage when pregnant has caused neurological disorders in their children.

Can Tylenol Cause ADHD or autism?

No study is definitive, but many important research institutions have demonstrated a rise in ADHD and autism in children when exposed to Tylenol for prolonged periods in the womb.

Did they stop making infant Tylenol?

No. You can still buy Infant Tylenol today. However, in 2020, producer Johnson and Johnson was forced to pay over $6 million in a class action settlement for false marketing of the product.

Does taking Tylenol during pregnancy cause ADHD?

Some studies show that Tylenol use, particularly heavy use, can raise the chances of a child having ADHD. Although, the evidence produced has been challenged.

How long will the Tylenol lawsuit take?

How much can I get from the Tylenol lawsuit?

It depends on numerous factors, including if there was negligence or malfeasance on behalf of those producing, marketing, and selling Tylenol. At this stage, we still don’t know what potential payouts will be.

Is there a link between Tylenol and ADHD?

Several studies have shown a link between Tylenol and ADHD, as well as autism.

Who is Tylenol owned by?