Hip implants that were thought to be more durable and longer-lasting failed due to defects that resulted in repeated surgeries, pain, and high medical costs to those who had the devices implanted.

There were over 100,000 hip replacement injuries reported in 2017 related to metal-on-metal hip implants. Originally, these implants were thought to be a more durable alternative to ceramic implants which could be damaged by a fall or impact. They were also promoted as a longer-lasting implant that would resist the wear and tear of plastic or ceramic parts.

Unfortunately, these predictions and claims were wrong. Not only did the metal-on-metal hip replacements fail earlier than anticipated, but their wear and tear produced particles of chromium, cobalt, and other metals that found their way into the bloodstreams of patients.

These complications would provide unprecedented pain and suffering to the patients who had the devices implanted. Patients who thought they were getting a new chance to walk, stand, and perform other basic lower-body tasks.

Hip replacements were intended to be a semi-permanent solution to the problems caused by rheumatoid arthritis, osteoarthritis, and osteonecrosis. However, some manufacturers saw these conditions as a lucrative market to push dangerous devices.

Metal-on-metal implants have been a scourge for those who have received them. Rather than replacing them once or twice in their lifetime, they have instead been subjected to revision and replacement surgeries as the device designed to let them continue to live their lives instead caused pain and suffering far outweighing the damage of their original condition.

These products have cost patients their mobility, their health, and financial hardship as damages were amended through costly surgeries. For some of these patients, these devices cost them their very lives. For those patients and families hurt or killed by these unsafe devices, litigation may ease their undue financial burdens. 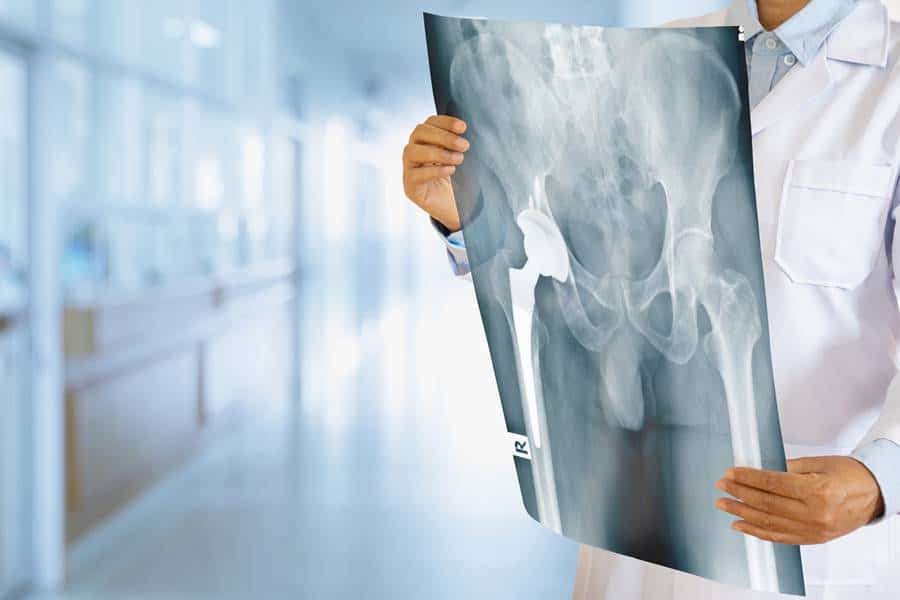 If you are considering taking legal action because of your hip implant injury it is important you find an experienced lawyer with many years of knowledge and practice in this specific type of product liability.

How Our Process Works

Fill in A Survey

Find out if you qualify to compensation

We will walk you through the process

If eligible, you are able to join a lawsuit 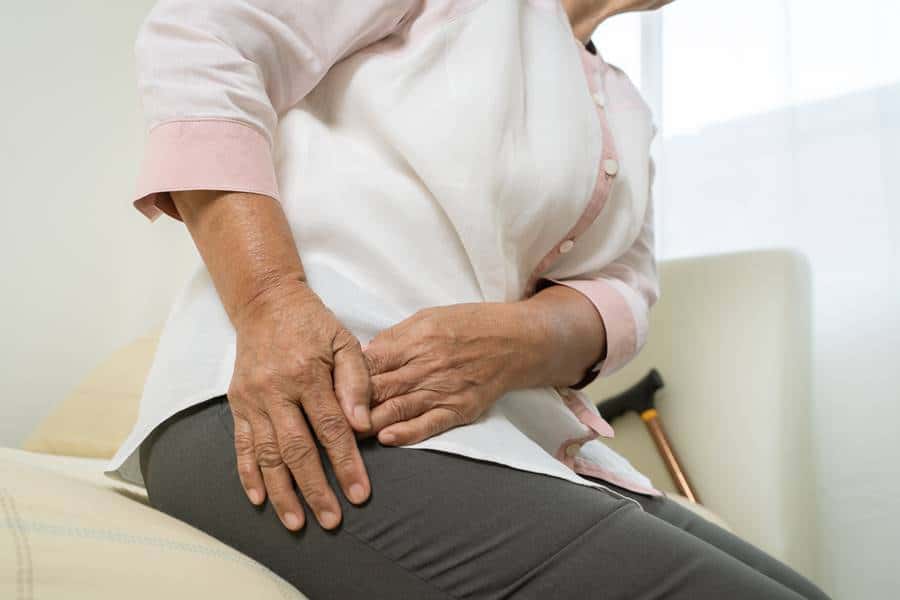 One of the main reasons some implant devices were recalled was due to Metallosis. Metal-on-metal implants were sold as more durable, longer-lasting implants to doctors, but patients receiving them experienced the injuries associated with traditional implant complications, and long-term metallosis as their implant leaked heavy metals into their blood.

A hip replacement is a modern medical marvel. Modern hip replacements are billed as a near-miraculous way to allow patients to retain the use of a leg that in centuries past would have been immovable. Unfortunately, FDA approval loopholes and unwise design decisions have resulted in a wave of hip replacement injuries that can be every bit as debilitating as the original issue that necessitated the replacement.

With hundreds of thousands of hip replacements being performed to treat the symptoms of rheumatoid arthritis, osteoarthritis, and osteonecrosis, it is important that patients understand the benefits and risks of these devices.

In particular, metallosis can be a fatal complication for patients with a hip replacement. In general, metallosis is the term to give to metal poisoning in the blood. Typical causes include exposure to heavy metals in an environment, and the use of metals in natural remedies. Metallosis is also the cause of the hip replacement injuries that led to metal-on-metal hip implants being banned from sale.

By grinding the metal ball against the metal socket, the hip replacement unleashes a stream of metal particles into the surrounding tissue and bloodstream. This soon led to metallosis and an array of symptoms including:

Additional symptoms can include loss of vision, heart failure, and thyroid function impairment. Although polyethylene implants could cause some of the bone and tissue damage over time, the dangers of metal-on-metal implants have been unprecedented.

Recalls Due to Failure Some of the metal-on-metal hip implants that have been recalled or removed from sale include: 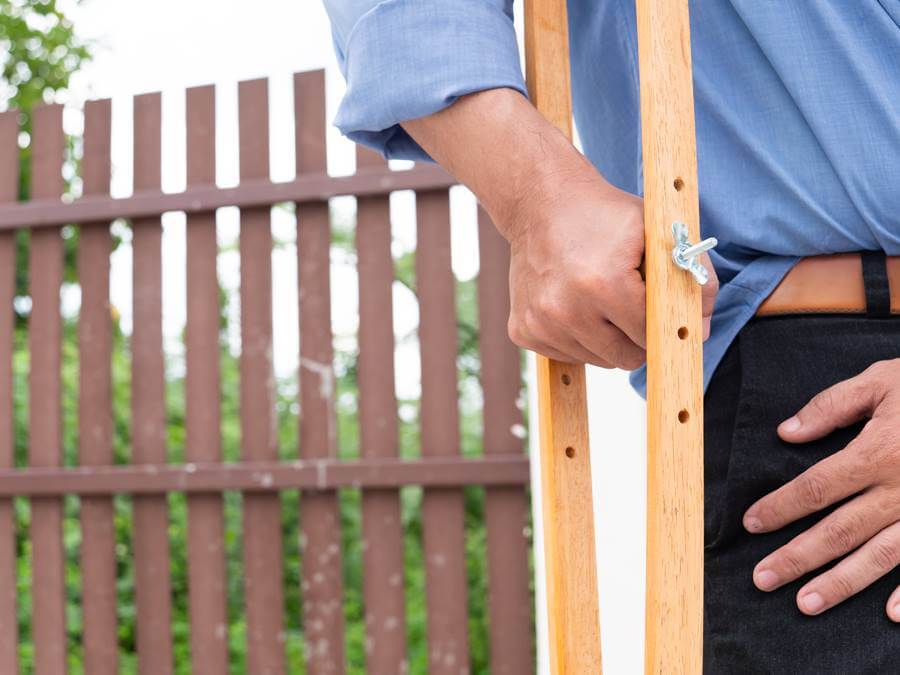 These replacements can be done either bilaterally, in which both hips are replaced at once, or in stages, first one hip then the other. Typically staged hip replacements are considered to be safer since the body can adapt over a longer period of time and loses less blood in the individual procedures. Bilateral surgeries are associated with slower recovery times since there is one large surgery, but they also carry more risks in the performance of the operation.

All hip replacement surgeries are designed to relieve pain and discomfort from the use of the hip. A hip resurfacing is when a surgeon removes damaged cartilage that is causing the pain and resurfaces the ball joint in metal to prevent additional wear. This is the least invasive procedure as only a small part of the patient’s body is replaced, just the head of the femur joint and the surface of their joint.

Ceramic implants come in several varieties. Ceramic-on-ceramic hip replacements are touted for their high survival rates. At the SICOT XXV Triennial World Congress in 2011,  Dr. Laurent Sedel presented a study that found that only 9% of patients with ceramic-on-ceramic hip replacements suffered failures related to materials. The most common failures included loosening of the ceramic hip lining and fracturing of the material.

The same year, the FDA approved one of two ceramic hybrid devices: ceramic-on-metal hip replacements. The ceramic head of the replacement rests on a metal lining within the hip. Due to the recency of its approval, the full complication risks are not known.

Metal-on-metal hip replacements are the most dangerous of the five hip replacement types. The sheer number of hip replacement injuries caused by this device led to its removal from sale in the United States. These metal ball-and-socket devices lead to a number of health complications and have resulted in the very design of these devices being called into question for their risks to patient health and safety.

Most people are familiar with the definition of a class-action lawsuit. In essence, it involves a large group of people pursuing a single claim after suffering the same financial or physical harm. This means that it’s run as an individual case for a group of plaintiffs who will be treated as a single entity.

A mass tort lawsuit is somewhat different from a class action. One of the major differences is that Mass tort lawsuits treat each individual plaintiff as a separate plaintiff as opposed to a member of a larger lawsuit.  It is still a group action taken against a company or person, but individuals in the case will often have varying circumstances and the injuries will usually have different levels of severity and because of this the settlement awarded will be different for each individual case.

If you believe you have been harmed by a healthcare professional Select Justice can help you fight for your rights and compensation.