Tasigna is the brand name for nilotinib, which is a drug used to treat certain types of leukemia. Produced by Novartis International AG – one of the world’s largest pharmaceutical companies – it has been approved by the FDA in the United States, and many Americans have used Tasigna to treat CML (chronic myelogenous leukemia). But a growing number of people have been reporting severe side effects after taking Tasigna. Moreover, after the discovery that Tasigna can lead to acute atherosclerosis and other cardiovascular side effects, Novartis has been accused of misleading America’s CML patients.

The company now faces a wave of Tasigna lawsuits from those who believe the company knew of Tasigna’s atherosclerosis dangers but did nothing to warn Americans. Claimants in the Novartis lawsuits are asking why Tasigna has carried warning labels for its links to cardiovascular conditions like atherosclerosis in Canada for several years, yet it was aggressively marketed to CML patients and medical professionals in the United States. While Tasigna does carry a black box warning over its links to heart conditions like QT syndrome, the basis of these cases against Novartis is that the company, at best, did little to warn Americans of the dangers of Tasigna, and, at worst, fully knew their product could kill people and continued to aggressively market it to CML patients and health professionals.

Tasigna is a medication used to treat a type of leukemia called Philadelphia chromosome (PH+)-positive chronic myelogenous leukemia (CML). CML accounts for around one in six leukemia cases in adults (around one in seven for minors). It is the brand name of nilotinib, which was developed by Novartis in the 2000s and later marketed worldwide by the pharmaceutical giant.

If you believe you have been harmed by taking Tasigna Select Justice can help you fight for your rights and compensation.

Following is a plaintiffs list in MDL NO. 3006 - Tasigna (Nilotinib) Products Liability Litigation:

Tasigna is part of a class of drugs called TKIs (tyrosine kinase inhibitors), which are used to treat leukemia. CML, as well as other types of leukemia, causes rapid production and growth of cells in the bone marrow. Eventually, these cancerous cells can dominate the bone marrow (pushing out healthy cells) and sometimes spread to the rest of the body through the bloodstream. Tasigna and other TKIs interfere with the signaling from the proteins that cause these cancerous cells. While TKIs don’t cure CML, they can help patients live longer and improve their quality of life.

The basis of the Tasigna leukemia drug lawsuits is the accusation that Novartis put profit before patient safety by marketing Tasigna but failing to warn Americans over all of its potential side effects. There are dozens of reported side effects of Tasigna. Below, we will list some of them, separating them into groups of short-term and long-term Tasigna side effects.

Please note: People who take Tasigna have reported different side effects for varying lengths of time. The list below is only a broad guide and not exhaustive. If you have any side effects from Tasigna, you should contact your doctor for further advice.

Short-Term Side Effects of Tasigna

Long-Term Side Effects of Tasigna 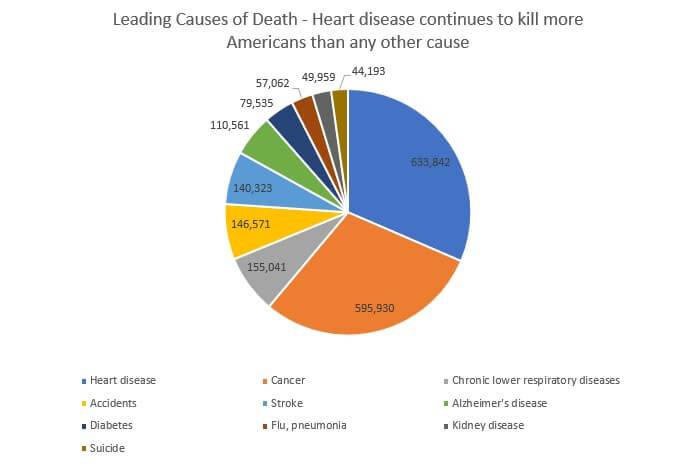 It is well known that Tasigna can cause heart problems. For example, a quote from the FDA’s website regarding Tasigna’s boxed warning: “the risk of abnormal heart rhythm (QT prolongation) and sudden death.” Several other heart conditions, such as myocardial ischemia, have been cited as Tasigna side effects. However, much of the worry – and one of the main reasons behind Tasigna lawsuits in 2021 – centers around the links with atherosclerosis. This is a disease where the arteries become hard and clogged with plaque. It is relatively common in the United States – around 4.6 million people have atherosclerosis, but it is usually found in older people and is a “slow disease”, building up over the years. The issue with Tasigna, however, is that it has been linked to causing “accelerated” atherosclerosis in CML patients. Atherosclerosis can lead to chest pain, stroke, heart attack, and death. 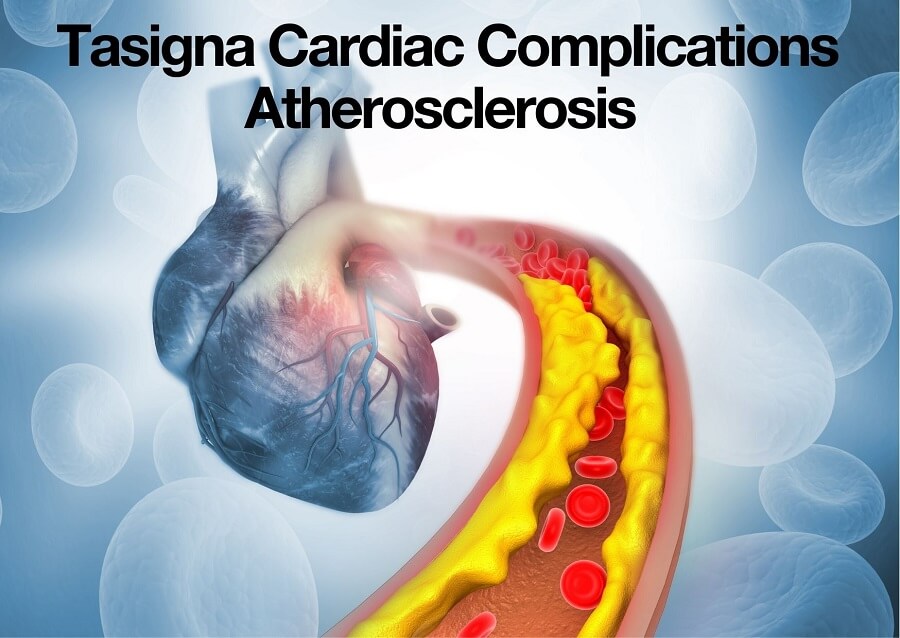 As you might expect, many CML patients who take Tasigna and get atherosclerosis have died. Families of those victims have taken lawsuits for wrongful death against Novartis. For example, back in 2016, the family of a CML patient who died after being treated with Tasigna took out a wrongful death lawsuit against Novartis. The company paid an out of court settlement for an undisclosed fee.

Novartis is well accustomed to being in court, and that includes a huge $345 million fine handed down in 2020 to resolve issues relating to the Foreign Corrupt Practices Act. Lawsuits have been filed and settled in Tasigna legal cases too. However, in the summer of 2021, we began to see an increase in the number of Tasigna compensation lawsuits. There are many reasons for this, including increased awareness of the issues and new studies showing Tasigna health issues.

Nevertheless, by fall 2021, many of the Tasigna lawsuits have become consolidated in states like New Jersey and Florida. This means that judges order the individual lawsuits to be merged together, making it easier for rulings, shared testimony, and so on. Reports claim that many more lawsuits against Novartis are inevitable. The current consolidated lawsuits are at the pretrial stage.

Some individuals have already brought cases against Novartis for wrongful death, and the company agreed to settle for undisclosed amounts of money. At the moment, it is only speculation as to how much money claimants can get from the Novartis CML lawsuits. It will likely depend on individual circumstances and the extent of negligence proven on the part of Novartis.

So, what are the accusations against Novartis? The company has not made it a secret that Tasigna can cause certain side effects. Indeed, it lists many of them on the official Tasigna website. However, Novartis was made aware of studies linking Tasigna use to atherosclerosis (sometimes called arteriosclerosis) and has not taken the necessary steps to warn US patients. Studies going back almost a decade (in both the US and Canada) have determined the link between nilotinib (Tasigna) and atherosclerosis. However, there is a warning of atherosclerosis in Canada and not the US.

The Tasigna accusations from the current lawsuits look at these six broad areas:

If you believe you have been harmed by taking Tasigna Select Justice can help you fight for your rights and compensation.

Despite warnings on the links with atherosclerosis, Tasigna has not been recalled by the FDA. The drug is still prescribed by medical professionals in the United States, and it is still being marketed by Novartis to Americans with CML.

Tasigna does carry a black box warning in the United States. These black box warnings – sometimes called boxed warnings – are required by the FDA for medications with serious safety risks. However, while Tasigna’s black box carries information about risks like QT prolongation, there is no mention of other risks like atherosclerosis. The fact that such warnings apply in other countries like Canada – meaning Novartis is aware of the issue – is at the heart of the current Tasigna court cases.

Is Tasigna a Class Action or a Mass Tort Lawsuit?

Class action lawsuits and mass tort lawsuits are similar in structure but have some important differences. Most notably, there is a difference in how the plaintiffs (those filing the claim) are treated. In a class-action lawsuit, the plaintiffs are grouped together as one with the same grievance. As such, compensation is shared equally if the lawsuit is successful. In the Tasigna cases, some claimants will be accusing Novartis of causing wrongful death, whereas others might claim minor injuries have been caused by Tasigna and want compensation for medical expenses. As such, it doesn’t make sense for the lawsuits to become a class action.

A mass tort lawsuit is similar in terms of structure to a class action. However, each plaintiff is treated individually when it comes to the outcome. It is much more likely that the Tasigna lawsuits will be consolidated into mass tort cases – or MDLs (multi-district litigation) – as they are more commonly used for injuries caused by defective drugs. A mass tort – or MDL – will allow a more streamlined process in the courts, while also ensuring victims are paid relative to the injuries – and, if applicable, wrongful death – caused by Tasigna.

There is understandable anger among Americans who believe that Novartis willfully hid the links between Tasigna and atherosclerosis from them. Tasigna injury law firms are asking for people to come forward and join the lawsuits against Novartis to secure compensation. If you or a loved one has had CML and believe injury has been caused by taking Tasigna, then fill out our free Tasigna lawsuit evaluation form and let us connect you with an expert personal injury lawyer to begin your Tasigna compensation claim.

What is the Tasigna Lawsuit about?

The 2021 Tasigna Novartis lawsuits allege that the maker of the drug failed to warn Americans about the risks of atherosclerosis when taking Tasigna for CML. Dozens of lawsuits have been filed so far, and Tasigna attorneys are calling for more claimants to come forward.

Does Tasigna cause neuropathy?

There have been studies linking nilotinib (Tasigna) with peripheral neuropathy – a type of nerve damage that can cause numbness, pain and weakness in the hands, arms and feet.

Does Tasigna cause night sweats?

Many CML patients have reported night sweats as one of the common side effects of taking Tasigna.

Does Tasigna cause stomach problems?

The Mayo Clinic lists stomach pain, as well as nausea and vomiting, among the most common Tasigna side effects.

Can Tasigna cause high blood pressure?

Yes. Several studies have shown that patients who take Tasigna are more likely to have hypertension (high blood pressure).

Why did it take so long to warn about Tasigna side effects?

Tasigna is a relatively new drug (approved for use in the United States since 2007). However, reports of dangerous side effects emerged not long after it first came on the market. Novartis is accused of ignoring some of the more dangerous side effects, particularly atherosclerosis, in the Tasigna lawsuits.

What is chronic myelogenous leukemia?

Chronic myelogenous leukemia (CML) is a type of cancer that affects white blood cells. It is most common among adults in their 60s. Tasigna is used to treat CML by interfering with the proteins that cause the rapid production of cancerous cells.

What are the side effects of Tasigna?

There’s a huge number of side effects reported by people who take Tasigna. These can range from hair loss to long QT syndrome. However, one of the main claims in the Tasigna lawsuits is that its manufacturer, Novartis, failed to warn Americans about the links between Tasigna and atherosclerosis.