Paraquat is a toxic chemical used commercially to kill weeds and grasses it has shown to have serious health side-effects that can cause great damage.

The chemical Paraquat is so toxic that it is extremely harmful to humans when ingested or even when absorbed through the skin. If it doesn’t cause immediate death, paraquat can cause seizure, kidney failure, respiratory failure, and a whole host of other side effects. Additionally, emerging research and anecdotal evidence show a link between paraquat exposure and Parkinson’s Disease.

Table of Contents
1 Quick facts on the Paraquat Lawsuit
2 What You Need to Know About The Case
3 What is Paraquat and Why is It Dangerous?
4 Who Was Exposed to Paraquat?
5 Major Side Effects of Paraquat Exposure
6 The Link Between Parkinson’s and Paraquat
7 History of the Paraquat Case
8 Connect With A Lawyer

Quick facts on the Paraquat Lawsuit

What You Need to Know About The Case

What is the paraquat case about?: Paraquat herbicide, in use since 1961, is extremely toxic and has been evaluated for links to Parkinson’s Disease. Those who were exposed to paraquat and developed Parkinson’s are entitled to justice and compensation.

When paraquat was introduced: In 1961, paraquat was first used commercially. The three main manufacturers of paraquat are Syngenta, Growmark, and Chevron.

Why paraquat is dangerous: Paraquat is extremely toxic to humans; the chemical can be lethal in very small doses. Multiple studies have found links between paraquat and Parkinson’s, with one finding the risk of developing Parkinson’s goes up 75% after being exposed to paraquat.

How to fight back against the manufacturers: To see if you or a loved one qualifies to fight against the injustice of Parkinson’s due to paraquat exposure, start by taking a free evaluation to check eligibility for compensation.

What is Paraquat and Why is It Dangerous?

Also called paraquat dichloride, paraquat is an herbicide used to kill weeds and grass. The Centers for Disease Control and Prevention (CDC) calls paraquat a widely used toxic chemical. The chemical is sometimes referred to as its brand name, Gramoxone. Available in liquid form, paraquat is classified as “restricted use” by the Environmental Protection Agency (EPA). This means that only people who are licensed to apply it can use the chemical.

As a chemical that’s designed to kill plants, it is also dangerous to humans if it’s ingested, inhaled, or if it comes into contact with your skin. Paraquat causes toxic chemical reactions throughout the body, particularly in the lungs, liver, and kidneys. Once paraquat is in your body, there is no antidote, and even small amounts are lethal.

Paraquat is so dangerous that it has various safeguards to keep it from being ingested. It’s dyed blue, it has a strong smell, and an added ingredient causes vomiting. It’s also banned in over 30 countries, including the European Union and China.

Although the EPA reviewed literature that examined connections between paraquat and Parkinson’s Disease, lung function, respiratory effects, and cancer, they claim they have not found enough evidence to discontinue use of the chemical. 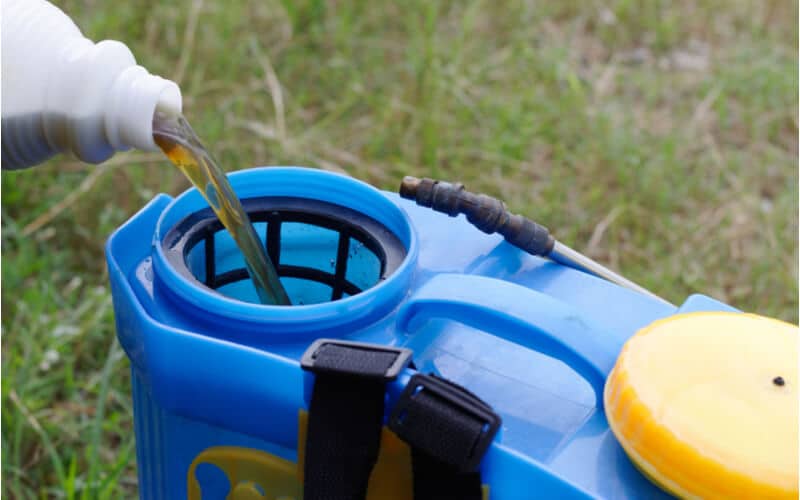 Who Was Exposed to Paraquat?

Unlike other dangerous chemicals, such as glyphosate, paraquat is not licensed for residential use, and only licensed applicators can use it. This means that you likely haven’t inadvertently used paraquat around your home, and those exposed tend to be farm workers and anyone licensed to use the chemical.

Nonetheless, paraquat is one of the most commonly used herbicides according to the CDC and the EPA. This means that while the average home gardener is not likely to be exposed to paraquat, farm workers and licensed applicators do have a high likelihood of exposure.

It’s also possible to have been exposed to paraquat if your spouse works on a farm or if your home is near a farm or orchard.

The biggest risk of exposure and paraquat poisoning is through swallowing the liquid. It’s also possible to become poisoned through skin exposure. This might happen over a long period of minimal exposure or from a singular high exposure. Exposure through the skin is more dangerous when you have a cut, rash, or sore.

It’s possible to be exposed through inhaling the chemical as well, which could happen while it is being applied. The chemical has been found in marijuana in the past as well.

Even as studies and anecdotal cases point to the dangers of paraquat, the chemical is still widely used in the United States with people largely being unaware of the dangers.

Major Side Effects of Paraquat Exposure

Side effects from paraquat exposure are vast and very severe. Immediately after exposure, you might experience:

As symptoms such as nausea, vomiting, and diarrhea progress, you might begin to experience dehydration and low blood pressure.

Within hours to days of exposure to paraquat, you might experience:

Slower to progress side effects include:

Death is the most serious side effect, and it can happen quickly after ingesting even a small amount of paraquat. As little as one teaspoon of the chemical is enough to kill a human.

In addition to these side effects, there have also been many links between paraquat and Parkinson’s Disease. 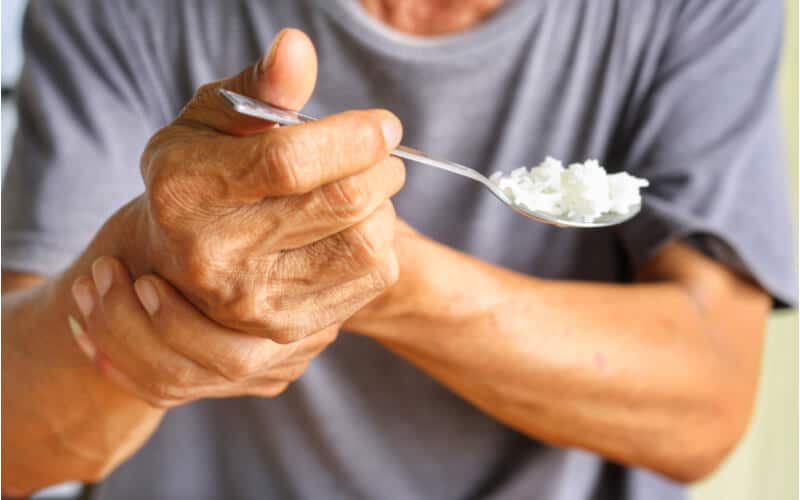 The Link Between Parkinson’s and Paraquat

According to the Parkinson’s Foundation, “Parkinson's disease (PD) is a neurodegenerative disorder that affects predominately dopamine-producing (“dopaminergic”) neurons in a specific area of the brain called substantia nigra.” The more Parkinson’s progresses, the more brain cells die.

Common symptoms of Parkinson’s include:

The cause of Parkinson’s is not fully understood, but scientists believe it has to do with a combination of genetics, environmental, and lifestyle factors. Although research is lacking regarding a causal link between Parkinson’s and herbicides, the connection is certainly there. It’s likely that those who have a genetic predisposition to developing Parkinson’s disease are especially affected by paraquat exposure.

A 2009 study published in the American Journal of Epidemiology found that exposure to both paraquat and maneb (a fungicide) raised the risk of developing Parkinson’s by 75%. A meta-analysis of research on paraquat and Parkinson’s found that there is a statistically significant connection between Parkinson’s Disease and paraquat.

In addition to these studies, there have been many anecdotal reports of people who were exposed to paraquat and later developed Parkinson’s.

History of the Paraquat Case

In 2017, the first lawsuit concerning paraquat and Parkinson’s disease was filed. The case involves multiple people who developed Parkinson’s after being exposed to paraquat. Their exposure was due to either applying the chemical or working in areas where paraquat was applied. They allege that they were not informed of the danger of paraquat when it relates to Parkinson’s risk.

Other paraquat lawsuits have since been filed in both state and federal courts with similar arguments. The people filing these lawsuits are seeking justice for personal injury, product liability, and negligence.

Connect With A Lawyer

To find a connect with an experienced lawyer to represent your case it is important to first fill out the free evaluation form to make sure you qualify for the case with the necessary requirements. Once your case has been evaluated and if you have the necessary qualifications we will be in contact with you to explain the process and connect you with the most experienced Paraquat lawsuit lawyers to handle your case.

If you believe that you or a loved one were harmed by Paraquat Exposure, you may be entitled to compensation.