The bladder medication has been marketed as safe for decades yet new research points to risks of eye damage and blindness
Last Updated: October 2, 2021

What Is The Elmiron Lawsuit About?

New research shows that long term exposure to the bladder medication Elmiron creates toxins to form in the retina of the eye, causing serious vision problems. The research goes on to indicate that the vision damage caused by Elmiron toxicity is mostly irreversible, and vision loss is not recoverable.

Elmiron is the only drug approved in the United States to treat interstitial cystitis, which causes chronic pain in the bladder and pelvis area and mostly affects women. It is believed that hundreds of thousands of people have taken the drug and may have been exposed to the risk of potentially permanent vision damage.

Elmiron (pentosan polysulfate sodium) was introduced in 1996 and it is marketed by Janssen Pharmaceuticals. To see if you or a loved one qualify to fight against Elmiron’s negligence, start by taking a free evaluation to check eligibility for compensation.

Table of Contents
1 What Is The Elmiron Lawsuit About?
2 Elmiron Case Updates 2021
3 Recent Posts
4 Elmiron Lawsuit FAQ's
5 Learn Your Rights By Speaking with Elmiron Lawyers
6 Dangerous Side-Effects
7 What Is Pigmentary Maculopathy?
8 Elmiron Uses and Approval History
9 Case History
10 How Does The Settlement Process Work?
11 Is Elmiron A Class Action Or a Mass-Tort Lawsuit?

We talked to three women who suffer from interstitial cystitis (IC) to hear what it's really like to live with it.

Bladder problems can severely interfere with day-to-day life. Here, we’ll take a look at some simple life changes you can make to decrease the likelihood of bladder and other urinary system problems.

How Many Research Studies Were Conducted?

5 separate research studies between May 2018 and November 2019 show that the drug Elmiron, most commonly prescribed for the bladder condition interstitial cystitis appears to be toxic to the retina (the light sensing tissue at the back of the eye that allows us to see). However there are no warnings at all on the product labelling describing any symptoms or side effects related to any kind of eye damage or problems.

Specifically what the research has brought to light is that long term exposure to Elmiron is causing Retinal cells in the eyes to accumulate a toxic substance. This toxicity can easily be misdiagnosed because the symptoms match very well to other well known retinal conditions, such as age-related macular degeneration or pattern dystrophy. However the most common eye disorder found among those with exposure to elmiron is called maculopathy, which can cause a number of vision problems and even has the ability to lead to blindness.

How Many People Are Affected By This?

Elmiron (pentosan polysulfate sodium) is a medication that is most commonly used to treat a bladder disorder called interstitial cystitis, which often causes urinary tract infections. However the medication has also been prescribed as a treatment for osteoarthritis.
Interstitial cystitis is a condition which causes pressure and chronic pain in the bladder. There is no cause and no cure for this condition. It affects millions of Americans each year and is more common in women. The more doses and years that a patient has taken Elmiron, the more likely that pigmentary maculopathy will develop.
Elmiron is the only medication approved by the Food and Drug Administration (FDA) to treat interstitial cystitis.

How Have Affected Individuals Fought Back?
If you or a loved have or are currently taking Elmiron it is strongly suggested that you get your eyes checked by an ophthalmologist. If you believe you have suffered vision damage or eye problems then you may be entitled to compensation and join the fight against Janssen Pharmaceuticals for failure to warn about the risks of vision loss and eye damage that are clearly associated with Elmiron usage. 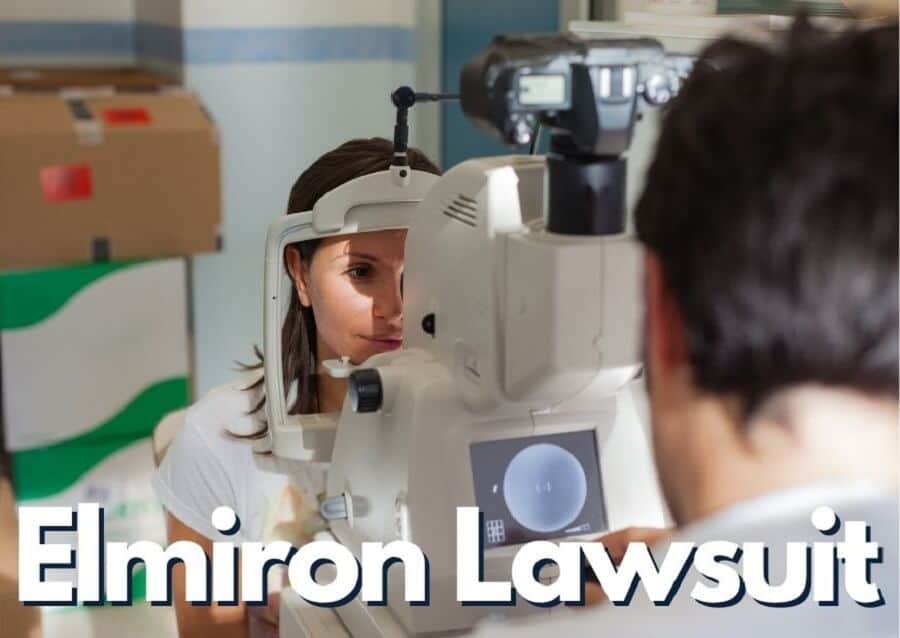 Learn Your Rights By Speaking with Elmiron Lawyers

Millions of Americans suffer from interstitial cystitis, and many of them have opted to use Elmiron as it is the only FDA approved drug to treat the condition. As more evidence comes to light linking Elmiron to vision problems, people are being encouraged to hire Elmiron vision damage lawyers if they have suffered as a result of taking the drug. The lawsuit looks set to be significant and experienced Elmiron eye injury lawyers are preparing to represent as many injured individuals as needed to ensure they are given fair compensation for their injuries.

Janssen Pharmaceuticals is owned by Johnson & Johnson, a company with vast resources to fight claimants in court. For that reason, potential plaintiffs should hire a specialist Elmiron eye injury law firm, i.e. those with the experience of trying – and winning – these types of lawsuits against Big Pharma. With the heart of the suit being that Elmiron can lead to the eye injury, pigmentory maculopathy,  experienced Elmiron maculopathy lawyers are ready to fight for claimants’ compensation – and justice.

If you feel you qualify to join the lawsuit or even just want to understand your options, then you should contact an Elmiron attorney to help you get the justice you deserve. 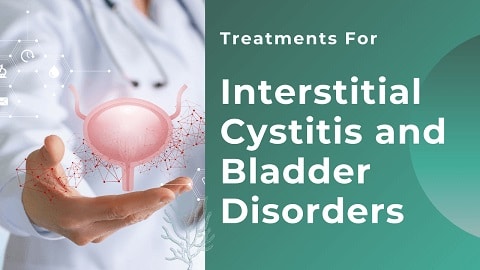 Researchers have concluded that there are many side effects of Elmiron medication. In its research of Elmiron side effects, the Mayo Clinic has listed dozens of different problems. Some, like abdominal pain and hives, are listed as “rare”, whereas others, like nausea and hair loss (alopecia), are cited as being somewhat more common.

There are many symptoms and injuries that Elmiron causes but the most common ones are:

However, the main concern is the long-term side effects of Elmiron that are linked to eye damage, notably, pigmentary maculopathy, an eye disease that can lead to severe – and irreversible – problems like blindness.

A report presented to the American Academy of Ophthalmology in 2019 cited the toxicity of Elmiron to the retina and reported that around 25% of patients taking Elmiron developed eye problems including reduced night vision and scotoma, blind spots. It’s important to note that some Elmiron long term side effects can go unnoticed for several years, so eye loss and vision issues can still develop in the future. 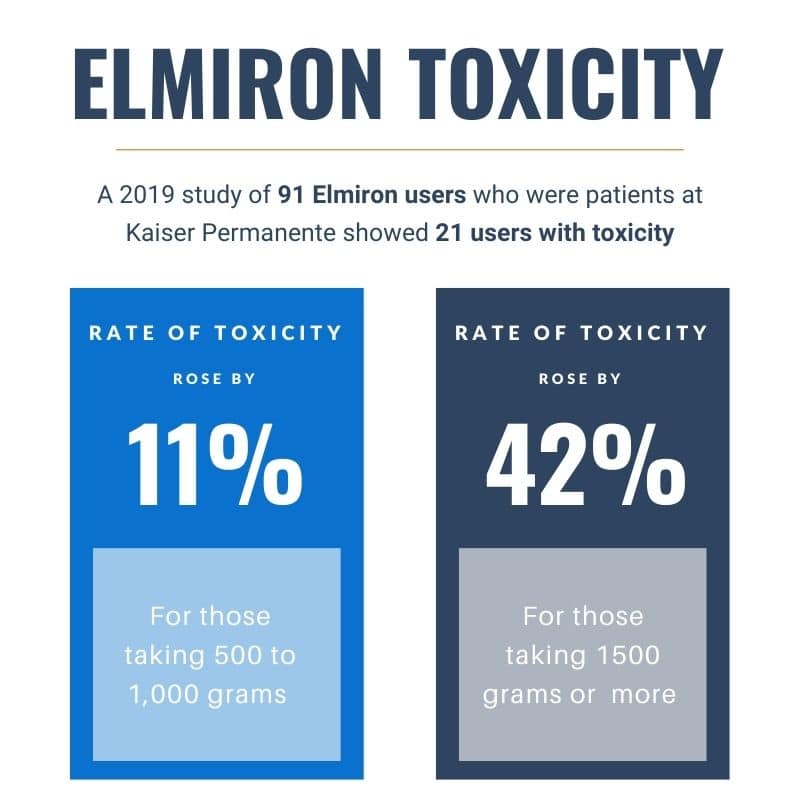 What Is Pigmentary Maculopathy?

To understand the relationship between the drug Elmiron and the vision damage it causes, pigmentory maculopathy, it is best to first understand what Maculopathy is.

Maculopathy is an eye disorder affecting the macula (the central part of the retina associated with highly sensitive vision) that can lead to blindness. Common types of Maculapthy include:

This is a type of eye toxicity that is a degenerative condition that results in gradual vision loss.

This vision problem is a condition where one’s eyesight is distorted as a result of the formation of scar tissue on the macula.

DHRD is a type of eye damage that is a congenital form of macular degeneration. The eye problems start with small, pale spots on the macula that eventually develop into a honeycomb pattern.

Once you find experienced Elmiron macular degeneration mass tort attorneys they will be able to help you understand your injuries better and identify if you indeed have pigmentory maculopathy, the specific type of vison problem that this eye damage lawsuit deals with.

There are different types of Maculopathy but according to the research of Elmiron usage “pigmentary maculopathy of unknown etiology.” is the specific type of eye injury associated with users of the medication. If caught in its early stages, the vision damage may stop after taking the medication. But in late stages, the disease can lead to permanent vision loss. Symptoms of the condition differ slightly among individuals.

Once you find experienced Elmiron macular degeneration mass tort attorneys they will be able to help you understand your injuries better and identify if you indeed have pigmentory maculopathy, the specific type of vison problem that this eye damage lawsuit deals with 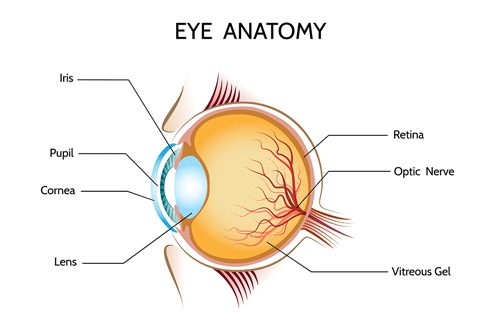 Elmiron was approved by the FDA on October 1, 1996. No major safety concerns were identified when it went through approval testing and thus it was given approval.

However now what is coming to light with recent studies related to the eyes is that when Elmiron applied for approval the FDA wrote in the file that “Elmiron works by binding to exposed epithelium”. Some believe this is why it has an effect on the urinary bladder epithelium.

However the manufactures of the drug never looked to test Elmiron on other epithelia cells and look to see if there adverse effects.  Specifically, the retail epithelial cells of the eye would have been an important place to check as it is now being shown that the drug causes vision damage.

Elmiron is prescribed in 100mg capsules and the recommended dose is one capsule 3 times a day on a daily basis. Elmiron is mostly used for chronic pelvic pain, Interstitial Cystitis and Lower urinary tract disorders in women.

Currently, the Elmiron eye damage lawsuit is made up of separate cases against Elmiron’s manufacturer, Janssen Pharmaceuticals. However, it is possible that these Elmiron lawsuits will be consolidated, especially if more claimants continue to come forward.

Of all the cases against Elmiron, one of the most important is the case involving Valerie Hull. She is known as patient zero because she was involved in the first study linking Elmiron to pigmentary maculopathy. She filed a lawsuit in New Jersey Superior Court on June 9, 2020.

In addition, the suit goes on to state that product labeling includes no relevant warnings, nor does it include any language warning of pigmentary maculopathy as a risk. 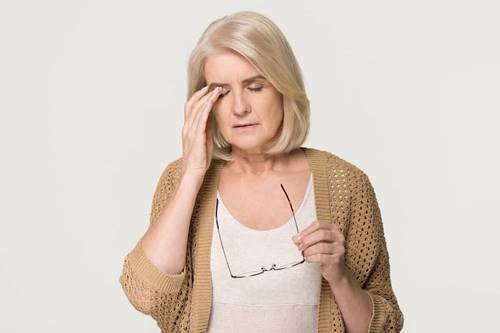 How Does The Settlement Process Work?

It is too early to speculate accurate amounts that will be given as compensation from a settlement or verdict of the trial.  However what we do know is that in cases like this there are usually tiers or levels of payments awarded to plaintiffs based on the severity of their injuries.

All of the victims in the Elmiron lawsuits will have the same base of eye injury which relates to vision loss or impairment of vision. Cases with only vision damage will probably be grouped together into levels of severity of the damage to the plaintiff’s vision.

Cases with permanent loss of vision will be considered the most serious and will be in the highest awarded settlement group while those with only damage and not complete loss of vision would be in the second group.

Is Elmiron A Class Action Or a Mass-Tort Lawsuit?

Although this may sound like a class action Lawsuit it is not. The Elmiron lawsuit is a type of lawsuit called a Mass Tort Lawsuit. Most people are familiar with the definition of a class-action lawsuit. In essence, it involves a large group of people pursuing a single claim after suffering the same financial or physical harm. This means that it’s run as an individual case for a group of plaintiffs who will be treated as a single entity.

A mass tort lawsuit is somewhat different from a class action. One of the major differences is that Mass tort lawsuits treat each individual plaintiff as a separate plaintiff as opposed to a member of a larger lawsuit.  It is still a group action taken against a company or person, but individuals in the case will often have varying circumstances and the injuries will usually have different levels of severity and because of this the settlement awarded will be different for each individual case.

If you believe you have been harmed by taking Elmiron Select Justice can help you fight for your rights and compensation.