Last Updated: December 1, 2022
With each passing year, California’s wildfires seem to grow larger and cause more devastation to communities. That’s backed up by scientific fact as huge wildfires will, unfortunately, be more common in a warming world. If you live in California, it’s hard not to agree with this assertion: The Department of Forestry and Fire Protection (Cal Fire) reports that the eight largest wildfires in the state’s history have been recorded in the last four years; the 15 largest fires have all come in the 21st century. While the largest wildfires don’t necessarily cause the most destruction, it’s clear that a pattern has emerged.

However, all too often, California Fire records the cause of these massive wildfires as being “human-related”. There’s a myriad of different factors that can cause and sustain these fires, including arson, ‘acts of God’ and human error. But you can understand the anger from devastated communities when they learn that the destruction caused may have been preventable. Today, Californians affected by 2021’s Dixie wildfire are wondering whether negligence on the part of the Pacific Gas & Electric Company (PG&E) may have caused the second-largest wildfire (and largest single, non-complex wildfire) in the state’s history. And many victims of the wildfire have decided to sue the utility company. PG&E has admitted that its equipment could be the cause of the Dixie Fire. And in late September 2021, prosecutors opened a criminal investigation against PG&E.

If you believe that you or your family were harmed by the Dixie fire in California, we can help you fight for your rights and compensation. 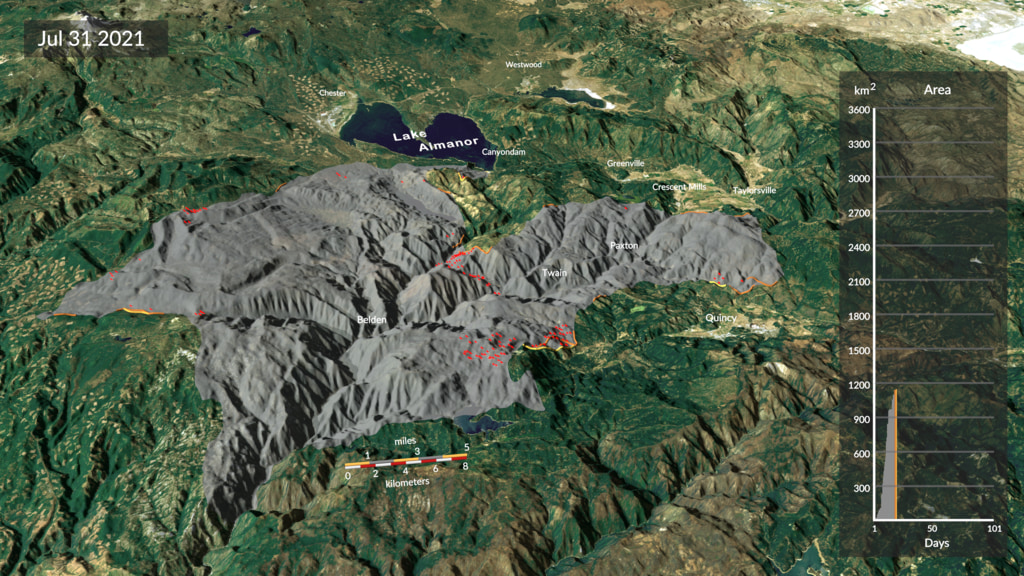 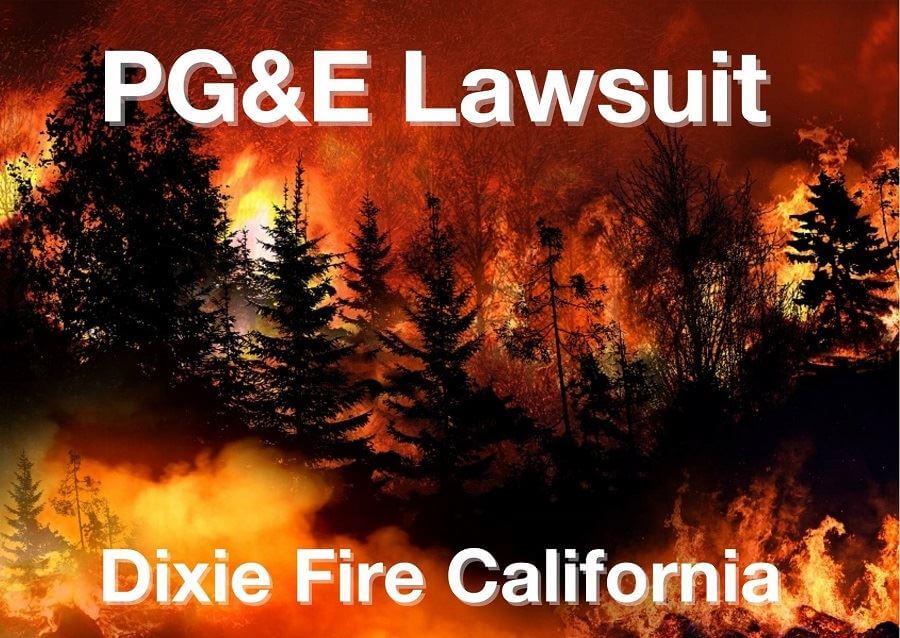 What is the Dixie Fire PG&E Lawsuit About?

On July 13th, 2021, the Dixie Fire broke out in Feather River Canyon in Butte County. In the following weeks and days, it spread out across several counties, destroying small towns like Greenville, and causing huge economic and social devastation. The wildfire, which is still technically active at the time of writing (94% approximate containment), caused the death of one firefighter, injuring others and causing billions of dollars in damage. Covering almost 1 million acres, the Dixie Fire is the largest single (non-complex) blaze in California’s history. As with wildfires of the past, the Dixie Fire has led to a California fire lawsuit against the utility company, PG&E.

Butte County in Northern California was also the location for the outbreak of the 2018 Camp Fire. While not as large as the Dixie Fire of 2021, the Camp Fire was the deadliest and most destructive fire in the state’s history. The blaze decimated the town of Paradise and outlying communities, thousands of people were displaced, and billions of dollars of damage was caused. Sadly, over 80 people lost their lives as a result of the Camp Fire.

It was found that PG&E’s equipment was the cause of the fire (faulty power lines), and the company duly declared bankruptcy In January 2019 due to the expected wave of lawsuits and liabilities that were expected to cost the company around $30 billion (costs from 2017’s wildfires were also included). In June 2020, PG&E pled guilty to 84 counts of involuntary manslaughter due to its faulty equipment causing the Camp Fire. The guilty verdict has been described as the “deadliest US corporate crime ever successfully prosecuted.”

PG&E came out of bankruptcy in June 2020. However, just over a year later, the company was suspected to be at the center of another devastating wildfire – the Dixie Fire. PG&E has admitted that its equipment may have started the Dixie Fire in Feather River Canyon, not far from the outbreak of the Camp Fire in Butte County. The county’s residents, and all others affected by yet another devastating blaze, understandably want answers. Many have already decided to join the PG&E lawsuits of 2021, and many more are expected to join soon. 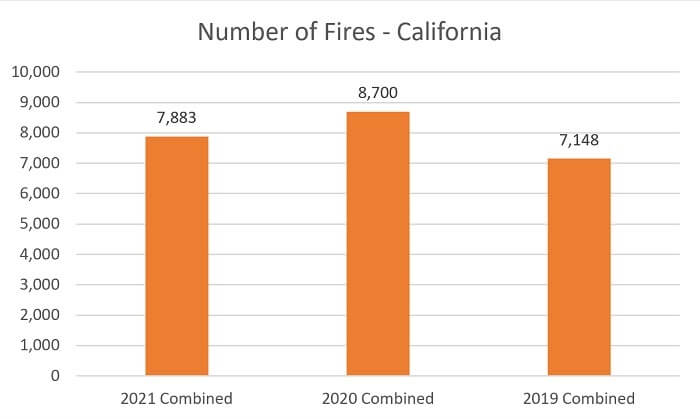 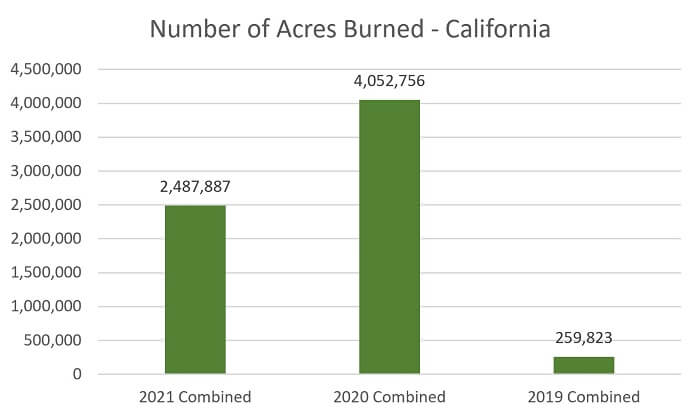 As per the LA Times, law firms representing victims of the Dixie Fire began to file suits against PG&E in September 2021, accusing the company of causing the outbreak of the Dixie Fire in July 2021. Around 200 people affected by the Dixie Fire have joined the first two PG&E lawsuits so far, with many more expected to file suits with other law firms in the near future. The PG&E wildfire lawsuits 2021 argue that “ineffective vegetation management programs, unsafe equipment and aging electrical infrastructure created a predictable risk” that a huge wildfire could break out.

Anger among Californians is palpable. Not just due to the fact that PG&E caused the Camp Fire and is suspected of causing the Dixie Fire, but because the company, in their view, seems to have learned nothing from the mistakes of the past and remains relatively unpunished. PG&E’s equipment has caused 100s of wildfires down the years. And while the company is not responsible in all those cases, critics contend that it has not done enough. Consider as an example that even after the manslaughter verdict handed down for 84 victims of the Camp Fire of 2018, PG&E has been charged in September 2021 with another case of manslaughter and other felonies – this time for the Zogg Fire that killed four people in September 2020. 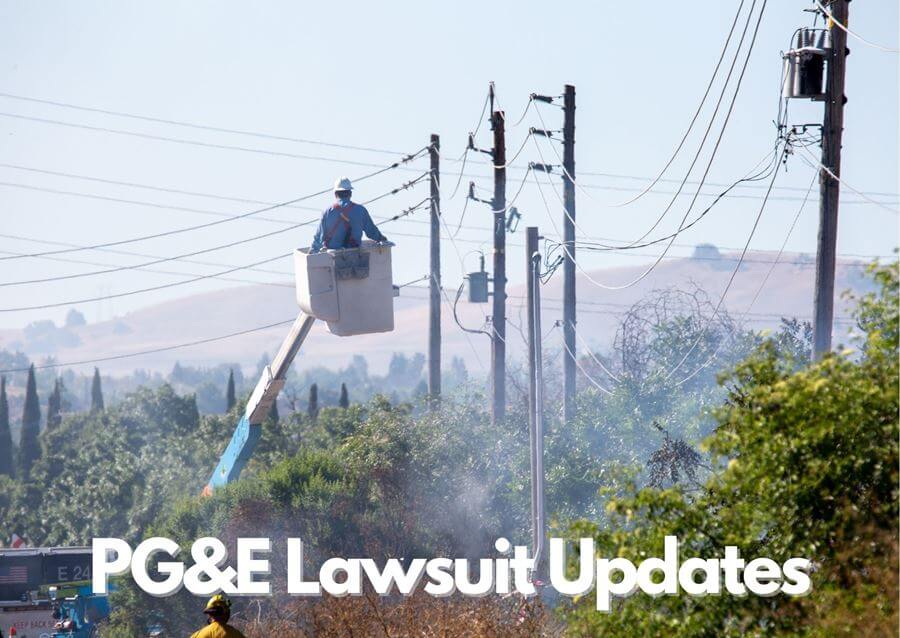 PG&E’s bankruptcy in 2020 and subsequent re-emergence were mentioned above. As part of the deal to exit bankruptcy, PG&E promised to pay a $13.5 billion settlement to victims of the Camp Fire, which would be administered through the Fire Victims Trust. However, far from being a victory for affected families, the Fire Victims Trust has been slow to pay out and is under investigation itself for its processes. The criticisms aimed at the Fire Victims Trust include slow payments, unnecessary bureaucracy and huge fees being paid to consultants and administrators instead of victims. The main takeaway, though, is that thousands of families are not getting the support they need to rebuild after seeing their lives upended by a seemingly preventable wildfire.

As you can gather from all of the above, PG&E is in legal trouble for a number of wildfires. While some cases have been resolved, more are ongoing. Right now, PG&E wildfire law firms are calling for victims of the 2021 Dixie Fire in California to join lawsuits against the company. Due to the fact that PG&E has been sued successfully for billions of dollars in the past by wildfire victims, specialist wildfire compensation attorneys have experience in securing payouts for people affected by fires in California.

The current PG&E Dixie Fire lawsuits are in their infancy. Indeed, as the Dixie Fire is still (technically) burning in certain parts of California, the entire extent of the damage caused is unknown. As such, we can’t put a figure on how much PG&E will be liable to pay as a settlement if the company is – once again – found guilty of causing a devastating wildfire. However, we can look to the Camp Fire PG&E lawsuit payout settlement as a guide. In June 2020, PG&E agreed to pay $13.5 billion as a settlement to those affected by the Camp Fire. Half of the money would be paid in cash, and another half would be in stocks of the company. This method of giving stocks to those affected was described as an “experiment”, offering victims a stake in the company’s fortunes. But it would prove to be a raw deal for those waiting for PG&E payouts. Just weeks after the settlement was agreed, the Dixie Fire broke out, and that was linked to a 10% drop in PG&E’s stock price.

If you believe that you or your family were harmed by the Dixie fire in California, we can help you fight for your rights and compensation.

As you might guess by the criticisms of the Fire Victims Trust and the misfiring experiment on using stocks as a settlement, many fire-affected communities are not happy with the means of the Camp Fire lawsuit payout. However, that should be considered something of a moot point for those searching for compensation in the PG&E Dixie Fire lawsuits. If culpable, the company, which had revenue of $18.47 billion in 2020, must be held accountable, and that will mean wildfire compensation payments to those affected by the Dixie Fire.

Is the lawsuit against PG&E a class action lawsuit?

The current PG&E lawsuit is not a class action case. Some of the Dixie Fire lawsuits might become class-action lawsuits or mass tort cases in future. As a huge number of claimants are expected in the Dixie Fire case, it is more than likely that some will be grouped together as a mass tort for expediency and efficiency in the courts.

How many lawsuits are against PGE?

PG&E has faced many lawsuits down the years, including those brought by victims of wildfires caused by PG&E’s equipment. For example, the company faced around 750 lawsuits for the 2018 Camp Fire. At the time of writing, two separate lawsuits (with over 200 claimants) have been filed against PG&E for its role in causing the Dixie Fire. More Dixie Fire compensation lawsuits are expected in the near future.

Is PG&E at fault for fires?

PG&E has said that its equipment might be at fault for the 2021 Dixie Fire. The outcome of the PG&E lawsuits will determine if – and to what extent – the company was at fault for the fires. In the past, the company has admitted liability for wildfires, including the manslaughter of 84 people.

Did PG&E get sued for fires?
Yes. PG&E has been sued for fires in the past, including the devastating Camp Fire, and it is facing a new round of lawsuits for the Dixie Fire 2021.

Why is PG&E liable for fires?

PG&E has an obligation to maintain its equipment, such as power lines, and properly train its employees to ensure they do not cause a wildfire risk. It seems that it has not always done that in the past, and the new Dixie Fire lawsuits might find that the company’s negligence has once again caused destruction across the state.

Is the PG&E Lawsuit Taxable?

Tax has been a hot-button topic surrounding PG&E lawsuit payouts, mostly to the anger of those waiting on compensation. However, California lawmakers passed a bill in March 2021 to ensure that those receiving payouts from the PG&E Fire Victims Trust would be exempt from state taxes. Nevertheless, this will depend on the type of settlement received, and you should check with the relevant authorities if you need to pay anything on a cash payout from a wildfire lawsuit.