According to the CDC, around 68% of adult smokers want to quit. And over half of cigarette smokers in America make at least one attempt to quit each year. Thankfully, there are plenty of aids and tools on hand for those wishing to give up the habit, ranging from special gum to medication to classes and seminars. No longer does a smoker wanting to quit have to rely only on good old-fashioned willpower. One of those smoking cessation options is Chantix, a prescription medication designed to help people kick the habit. But those using Chantix were alarmed to see a recall of Chantix carried out by the FDA after batches of the drug were found to have high levels of a nitrosamine, N-nitroso-varenicline, believed to be a possible carcinogenic chemical (cancer-causing agent). After the FDA Chantix recall, the maker of the medication, Pfizer, was hit with a series of Chantix lawsuits from individuals who alleged the company should have done more to prevent a potentially lethal chemical contaminate the medication. In light of these first suits filed against Pfizer, those impacted by Chantix are urged to join a Chantix lawsuit to pursue compensation.

Chantix is the brand name for the generic drug varenicline. Produced and marketed by Pfizer, Chantix is a medication that is prescribed by doctors to help with smoking cessation. It has a couple of big selling points that help turbo-charge sales for Pfizer, including the fact that, unlike many smoking cessation aids, it is nicotine-free, and some testing shows that it can be more effective than nicotine replacement therapies (patches, gum, nasal sprays, etc.). Chantix is taken orally as a tablet.

If you believe that you were harmed by using Chantix, we can help you fight for your rights and compensation.

What is Chantix used for?

Primarily, Chantix is used to help smokers quit. However, varenicline can also be used to treat dry eye disease. How does Chantix work? When you smoke cigarettes, nicotine is sent to certain receptors in the brain that release dopamine. Chantix mimics that mechanism, attaching to those receptors so that nicotine can’t. When you take Chantix, dopamine is still released, albeit not at the same level as that released by nicotine. 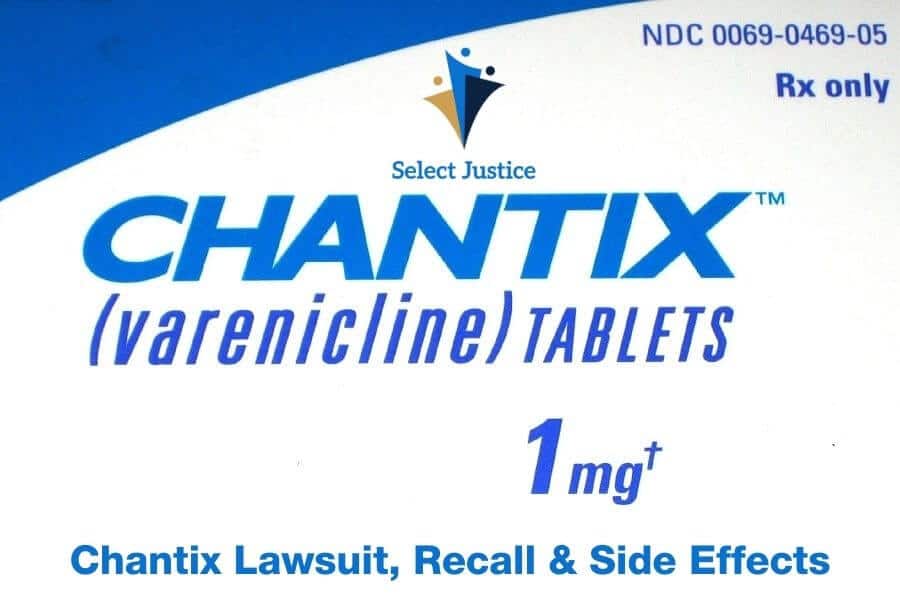 On July 16, 2021, Pfizer issued a statement for a voluntary recall of certain batches (12 lots) of Chantix tablets due to the presence of N-nitroso-varenicline levels above Pfizer’s own ADI (Acceptable Daily Intake). Three days later, this Chantix recall information was published on the FDA website. In its company statement at the time, Pfizer warned that “Long-term ingestion of N-nitroso-varenicline may be associated with a theoretical potential increased cancer risk in humans,” although it did stress that it believed that there was no immediate danger. Just a few months later, Pfizer announced that it was extending the recall of Chantix to all lots due to the presence of N-nitroso-varenicline. This Pfizer recall information was published by the FDA on September 16, 2021. 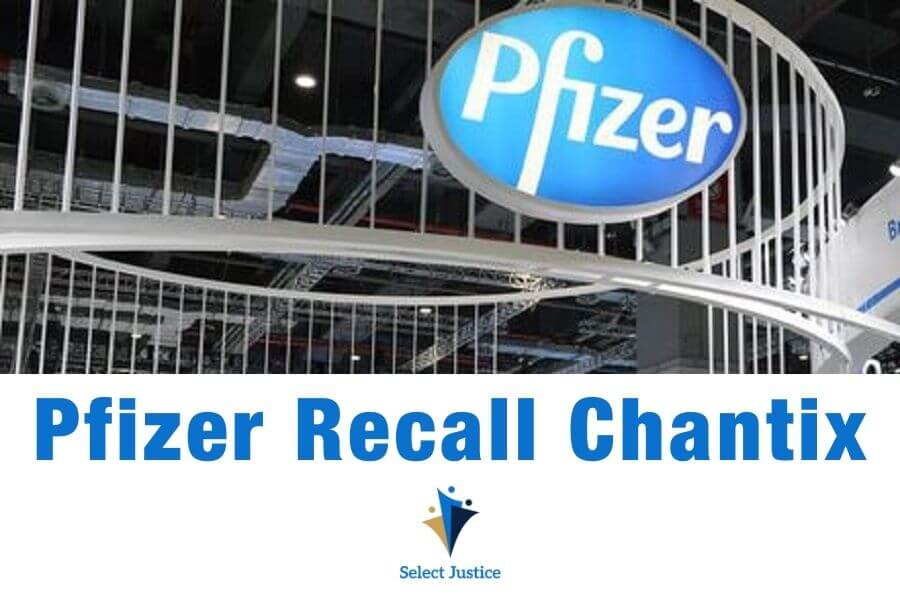 Please note that the above is only a small selection of the reported symptoms of Chantix side effects. If you are worried about side effects after taking Chantix, you should consult your doctor.

If you believe that you were harmed by using Chantix, we can help you fight for your rights and compensation.

One of the fundamental questions surrounding the Chantix lawsuits is the presence of N-nitroso-varenicline in the drug. N-nitroso-varenicline belongs to a group of compounds that are termed (by the FDA and other bodies) as possible or probable human carcinogens. Put simply, this means that they may cause cancer, although it has not been proven unequivocally. Regardless, Chantix cancer lawyers are arguing that Pfizer should have erred on the side of caution.

It is not yet known how much compensation Chantix claimants could receive if the lawsuits are successful. A Chantix payout will depend on numerous factors, including what Pfizer knew about the Chantix dangers, whether it was negligent, what damage or injury has been caused to those taking the drug, and whether Pfizer wishes to settle the Chantix cases out of court. Right now, we are in the discovery phase of the Chantix cancer lawsuits, and it will be easier to make a prediction on how much compensation you can receive for a Chantix settlement once the lawsuits move through the courts. Right now, Chantix cancer attorneys are calling for people to come forward if they have been affected by this issue.

Is Chantix a Class Action or Mass Tort Lawsuit?

Right now, many of the Chantix lawsuits appear to have been consolidated into a class-action lawsuit. This is usually the case when a large number of claimants have an (almost) identical grievance against a defendant, in this case, Pfizer. The idea is that the process can be streamlined through the courts, with claimants represented by an individual deemed typical of the lawsuit. At the end of a class action, claimants would share any financial settlement paid by Pfizer. However, it is possible that more information will come to light, including injuries caused by Chantix. If the case becomes more complex, i.e., with claimants having different levels of injury, then some Chantix lawsuits could be consolidated into a mass tort lawsuit. Similar in principle to a class action, a mass tort would streamline the lawsuits through the sharing of information, judgements, etc. However, each claimant would be paid a settlement depending on individual circumstances.

How to file a Chantix lawsuit?

Fill in our free evaluation form to see if you qualify for the Chantix lawsuit. If so, we can connect you with experienced personal injury lawyers who can help you get compensation.

Why was Chantix recalled?

Chantix was recalled due to the high level of N-nitroso-varenicline found in certain lots of the drug. Later, this recall of Chantix was extended to all batches of the drug.

Is there a lawsuit against Chantix?

Yes. Lawyers have filed suits against Pfizer, the maker of Chantix, on behalf of people who used the drug.

Is all Chantix recall?

On September 16, 2021, Pfizer issued a recall of all Chantix drugs due to the presence of N-nitroso-varenicline in the drugs.

How to file a Chantix lawsuit?

Use our free evaluation tool to get free advice and check if you are eligible.

Does Chantix cause cancer?

Chantix has been found to have high levels of N-nitroso-varenicline, which is described as a probable/possible human carcinogen. This means there could be a cancer link, but experts are not all in agreement.

Is Chantix still on the market?

Yes. Pfizer claims that the “health benefits of stopping smoking outweigh the theoretical potential cancer risk from the nitrosamine impurity in varenicline.” However, Reuters reports that sales plummeted last year as people learned of the potential Chantix cancer risks.