3M earplugs were distributed to the US army. However, the earplugs had serious defects proven to cause hearing injuries.
Last Updated: August 1, 2021

3M dual-sided combat arms earplugs (CAEv2) were distributed to US armed servicemen and servicewomen. However, these combat earplugs have a serious defect proven to cause hearing injuries. People who wore them are entitled to justice and compensation for their injuries.

Table of Contents
1 Quick facts on the Combat Earplugs Lawsuit
2 What Is The 3M Combat Earplugs Lawsuit About?
3 How Have Affected People Fought Back?
4 How Many People Have Been Affected?
5 Is This a Hearing Loss Lawsuit?
6 Statistics Regarding Veteran Hearing Loss
7 3m Earplug Lawsuit Settlement Amounts
8 Connect With A Lawyer
9 Case News Update
10 3M Military Lawsuit FAQ's
11 Recent Articles 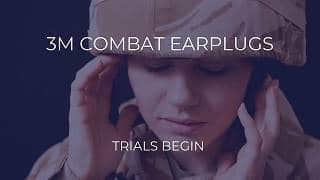 What Is The 3M Combat Earplugs Lawsuit About?

The 3M combat earplugs were designed to prevent hearing damage. They were used by the US Armed Forces and given to service members who were regularly subjected to noisy conditions in both training and combat conditions.

However, the product itself had fitting problems. Because the earplugs were too short to fill the ear canal properly, there wasn’t a proper seal. To work effectively, the earplugs need a 100% seal to block out the noise.

Without a proper seal, or broken seal, users were exposed to hearing damage and loud noises that the earplugs were designed to prevent.

The result was damage to the inner ear and sensitive hairs of affected service members. Moreover, due to their defect, many users didn’t even realize they weren’t being properly protected at the time.

These 3M earplugs not only failed to prevent hearing damage but are responsible for hearing loss and painful tinnitus many service members and veterans suffer from.As a consequence, thousands of US troops and veterans are suing a government contractor, 3M,for supplying them with faulty defective earplugs during military tours of places like Iraq and Afghanistan from 2003 to 2015.

Many veterans suffer hearing problems after exposure to dangerous levels of noise, which is common in combat missions. However, 3M is accused of providing the military with defective Combat Arms earplugs and for covering up knowledge of the faulty equipment that was supposed to protect troops’ ears.

In light of that, many members and former members of the US Armed Forces have been in contact with 3M earplug lawsuit attorneys and have begun bringing personal injury claims against 3M after suffering ear problems. 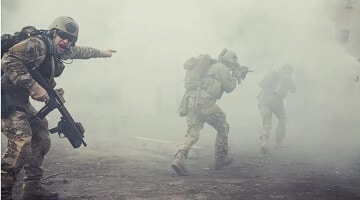 How Have Affected People Fought Back?

A whistleblower discovered that the company had intentionally hidden the defects helping the US government to strike back at 3M for its misleading claims.  3M eventually settled with the US Government, and now many affected service members and veterans are fighting the company for justice and compensation related to their injuries sustained while wearing these earplugs. So many cases have been filed against 3M simultaneously that many have been combined to produce a settlement or judgment that will benefit over 100,000 current and former service members. Moreover, many impacted individuals are currently building and pursuing legal action against 3M for both financial and non-financial damages that resulted from wearing these defective earplugs.

How Many People Have Been Affected?

There are potentially millions of US armed forces service members and veterans that were negatively impacted by these defective combat earplugs.  According to statistics compiled by the US Department of Veterans Affairs, hearing loss and tinnitus are amongst the most common injuries suffered by veterans. Per the statistics, more than 1.7 million veterans receive compensation for tinnitus while another 1.1 million veterans receive compensation for hearing loss. All members of each branch of the military who served between 2003-2015 who used these earplugs were potentially exposed to damage, amounting to hundreds of thousands of potential injuries if not more.  Right now, so many cases have been filed against 3M for hearing loss and damage, that Federal Courts have consolidated the 139,693 separate cases against the company for their wrongdoing. These cases are currently pending in a Federal Court in the Northern District of Florida.
\ 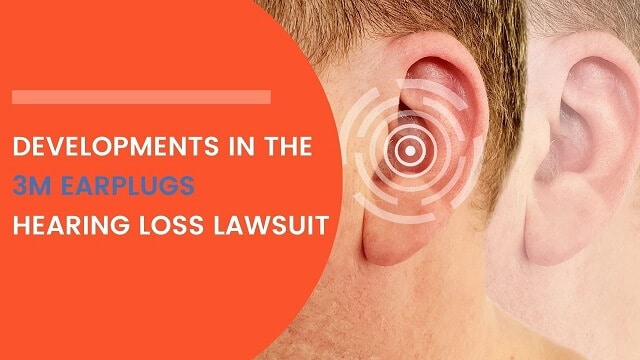 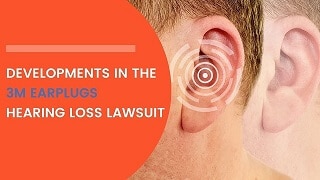 Is This a Hearing Loss Lawsuit?

At the heart of the 3M faulty earplug lawsuit is the charge that the company knew its products, called 3M Combat Arms Hear-Through Earplugs, were not the right fit for troops’ ears, and that the earplugs could loosen in a way not known to the wearer that would render them ineffective. 3M settled a lawsuit with the Federal Government a couple of years ago, but many individual military personnel are contemplating joining the lawsuit against 3M if they believe they have suffered hearing loss or tinnitus after using the company’s earplugs while on duty. Currently 3m denies any wrongdoing on their part.

Ear damage is one of the most common injuries suffered by US military veterans. In fact, the Hearing Health Foundation cites tinnitus, ringing in the ear, and hearing loss as the two most common health complaints among veterans. Furthermore, the Military Health Systems has stated that hearing issues are the main disability in the veteran community Moreover, studies have linked hearing problems with other issues like depression and anxiety.

To date, the only settlement amount from 3M has been the $9.1 million compensation paid to the Federal Government in July 2018. This was after a whistleblower within 3M alerted the Federal Government to the defective nature of the earplugs. However, more US troops and veterans are pursuing legal action against 3M, and the case is expected to go to trial in 2021. Because the case has been combined into a mass tort case, plaintiffs can expect settlements to be based on individual circumstances rather than a fixed sum for all combat troops injured by 3M defective earplugs. The biggest case against 3M is now pending in a Federal Court in Florida and includes more than 139,653 individual cases against the company that have been combined.

The 3M lawsuit settlement amounts will undoubtedly continue to be a major financial headache for the company as the 3M defective earplugs case is turning into one the biggest mass tort suits in history with many more military personnel expected to join. It’s difficult to work out the 3M earplug lawsuit settlement amounts per person. Mass tort cases are one where individual payouts are based on the particular circumstances of each claimant.

Hearing loss is but one facet of the damage caused by defective earplugs, and vets can also experience issues like depression linked to hearing problems. In short, each claimant will face unique issues, and that will have to be factored in when determining average payouts for 3M earplugs cases.

It is possible, of course, that 3M may decide to settle the case if it believes that going to trial will be ultimately too expensive. In that scenario, the 3M earplug lawsuit average payout per person would depend upon the settlement sum.

At the moment, there is not enough precedence to estimate what that settlement figure would be, but, given the number of military personnel with hearing issues (and other issues linked to their hearing problems) after using 3M Combat Arms, it would likely run into millions of dollars.

Connect With A Lawyer

To find a good lawyer to represent your case it is important to first fill out the free evaluation form to make sure you have the necessary requirements to qualify for the case.  Once your case has been evaluated if you have the necessary qualifications we will be in contact with you to explain the process to you and connect you with the most experienced 3M lawsuit lawyers to handle your case.

When Were The Earplugs Distributed?

Injured service members and veterans who served between the years 2003-2015 and suffer from resulting hearing damage after wearing 3M combat earplugs are potentially eligible for compensation.

Who Is Impacted by 3M Earplugs?

Hearing damage victims that served in the US armed forces and wore these dual-sided 3M earplugs are entitled to fight back against 3M for injuries suffered while using this defective product.

Why Are The 3M Earplugs Defective?

How Can I Fight Back Against 3M?

To see if you or a loved one qualify to fight against the injustice of hearing loss and damage due to 3M’s defective earplugs, start by taking a free evaluation to check eligibility for compensation.

What Is The Average Payout For The 3M Earplug Lawsuit?

As the trials get underway we will begin to get an idea of how much each claimant will get from the 3M case. Some law firms have cited other hearing loss cases paying from $50,000 to $300,000 and held those up as an example of what could be paid by 3M. However, this is from a very small sample size of non-military cases, and it is possible that the 3M case average payout could be greater.

What Are The 3M Lawsuit Individual Settlement Payout Amounts?

Again, most estimates for individual settlement payouts in the 3M combat arms case tend to look at previous cases with similar injuries. As such, law firms are suggesting that payout amounts to each claimant could range from five to six figure sums depending on the severity of hearing loss and other circumstances. But we should again reiterate that the 3M case is unprecedented in scope, not to mention the fact it mostly involves U.S military personnel. Furthermore, as the case unfolds, it’s possible that more information could come to light about what 3M knew about the defectiveness of the earplugs, or whether there are other long-term medical issues for combat veterans after wearing the earplugs.

What Is The 3M Lawsuit Payout Per Person?

When considering the payout per person in the 3M lawsuit, it’s worth stressing that this is not a class action lawsuit. With a class action, the case is considered as an individual one and any settlement would be split among those bringing the case. The 3M lawsuit is a mass tort case, meaning each claimant is treated separately. The upshot of that means the average payout per person for this 3M Combat Arms earplugs case will depend on the individual injuries and circumstances. So, for example, you would expect to receive a larger payout if you had severe hearing loss compared to someone in the case who had mild loss or tinnitus

Is 3M A Class Action Lawsuit?

Many people wonder, Is the 3M Earplug lawsuit a class action lawsuit? The answer is no. The 3M Lawsuit is a mass tort lawsuit and many people do not understand that there is a difference between the 2 types of lawsuits.

In addition, each person’s injuries may vary and although they will be similar they will not all have the exact same injury or harm. All of the separate lawsuits get consolidated together into a large Mass Tort Lawsuit.

To understand more about the difference between Class Action and Mass Tort Lawsuits you can visit our page here.

If you believe that you or a loved one were harmed by 3M Earplugs, you may be entitled to compensation.