Pfizer is one of the world’s largest manufacturers of drugs and other pharmaceutical products. The company, headquartered in Manhattan, New York City, is one of the largest in the world, taking in over $80 billion in revenue in 2021 alone. The Pfizer brand is both recognized and trusted by millions – if not billions – of people around the world. Unfortunately, that trust we put in Pfizer for everyday medications can sometimes be broken. Such is the charge laid at the feet of this multinational pharmaceutical company with regard to Accuretic, a common drug used to treat hypertension (high blood pressure).

The current Pfizer lawsuits allege that the company had sold Accuretic when some batches contained high levels of nitrosamine, a known carcinogenic (cancer-causing agent). Right now, Pfizer maintains the drug is safe, but it has been forced to recall Accuretic as a result of the findings. Most of the attention surrounding the Pfizer blood pressure medication lawsuits in 2022 focused on the March 21st recall of Accuretic. Right now, lawyers are asking for anyone who has been impacted by Accuretic to come forward to join the Pfizer lawsuits.

The Pfizer recall gained mainstream media attention at the time, with headlines such as: Pfizer recalls blood pressure drug because of potential carcinogen. The recall of blood pressure medications was voluntary, and it included both Accuretic and others, yet nevertheless, the company acted to downplay the recall. In essence, the pharmaceutical giant claimed that the problem was an isolated one, covering distinct batches of the drug manufactured between 2019 and 2022. Pfizer maintained that the Accuretic and its generic versions have been in production for over 20 years and that the nitrosamine levels are safe.

The lawsuits against Pfizer launched in 2022 aim to secure compensation for anyone injured by the batches of Accuretic with high levels of nitrosamine. Moreover, the goal of the lawsuits is to uncover whether there is a wider problem with this drug, as in a later development, the FDA issued recalls for quinapril and hydrochlorothiazide tablets in October 2022 due to high nitrosamine levels. The two products are manufactured by Greenstone. 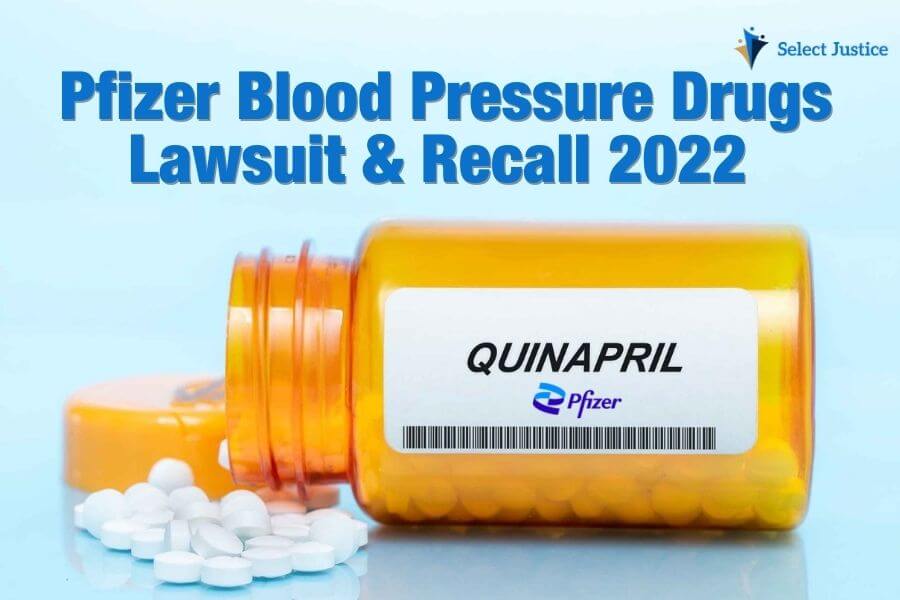 Hydrochlorothiazide is a generic blood pressure drug. As with the brand name version, Accuretic, it has been subject to recalls due to worrying levels of the carcinogenic substance nitrosamine.

Quinapril is also a generic blood pressure medication, although it has a different composition and works differently from hydrochlorothiazide. Quinapril has also been subject to recalls due to nitrosamine levels.

Accuretic is Pfizer’s brand name for its blood pressure drug. Its composition consists of both quinapril and hydrochlorothiazide. Batches of the drug were subject to a voluntary recall from Pfizer in 2022.

The basis of the Pfizer blood pressure drugs lawsuits is that Accuretic, and its generic counterparts, were found to have higher than acceptable levels of N-Nitroso-Quinapril (a nitrosamine). Nitrosamines – or, more aptly, most nitrosamines – are considered potential human carcinogens, i.e., they can cause cancer in humans. This has been considered scientific fact for a long time. That nitrosamines were present in Pfizer’s drugs is not the issue, as small amounts of nitrosamines are found in a variety of products that we consume, including water, and will do no harm if small levels are ingested. But the Pfizer drugs were found to have a higher-than-normal level of N-Nitroso-Quinapril, which led to the Accuretic recall and subsequent lawsuits. 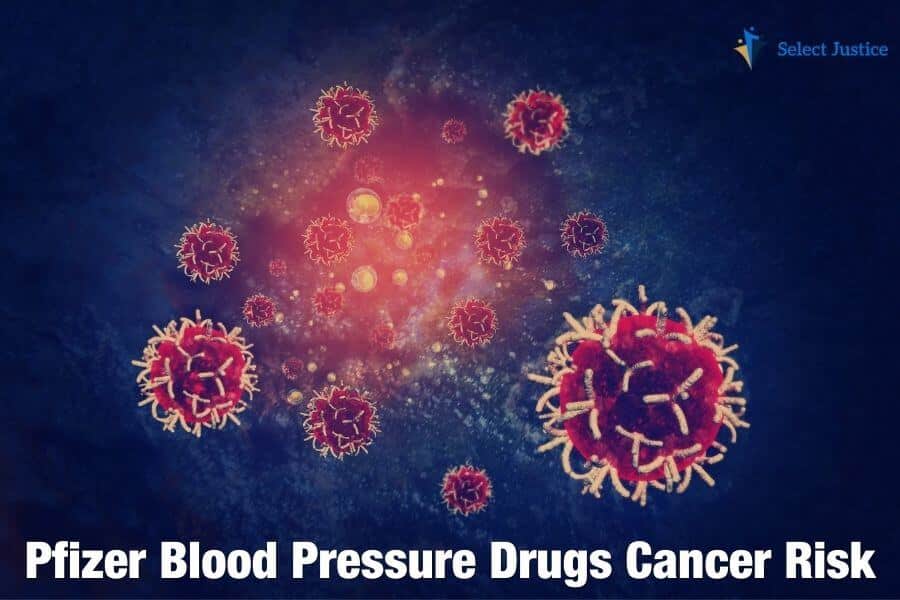 Batches of Accuretic, hydrochlorothiazide, and quinapril drugs have been recalled due to cancer links. But those drugs also have many other reported side effects. As the composition of these drugs is different, the side effects may vary, although many do overlap. Below we list some of the most common reported side effects:

Right now, the Accuretic lawsuits are in the formation stage, so it’s arguably too early to speculate on whether Pfizer – and Greenstone, which has also been listed as a defendant – will pay a settlement, or how much they will be forced to pay should it come to that. As mentioned previously, lawyers are asking for more Accuretic users to come forward to lend their weight to the case, which could possibly be more far-reaching than the recalled batches of these hypertension drugs. As the case proceeds against Pfizer, we will be able to get a better gauge of what could be paid in an Accuretic settlement payout.

Right now, it’s neither. At the time of writing, the lawsuits against Pfizer and Greenstone are based on individual claimants. However, as more people launch lawsuits, it is highly possible that the cases will be consolidated into an MDL (multidistrict litigation). That would mean the cases are put together for reasons of efficiency but that each claimant is judged independently when it comes to, for example, settlement awards.

As one of the world’s largest pharmaceutical companies, it won’t surprise you to learn that Pfizer has had a long history of lawsuits, many of which saw the company pay out millions of dollars in compensation. Indeed, some estimates judge that Pfizer has paid out over $10 billion in penalties and compensation since 2000. Pfizer has literally faced 1000s of lawsuits in courts in the United States and abroad, although a large number have been dismissed by judges. Nonetheless, the company has often found itself in the headlines for the wrong reasons. Some of the important historical Pfizer lawsuits include:

Most of the biggest lawsuits in pharmaceutical history revolve around the concept of “Off Label Promotion”. In essence, this means making claims that a drug does something when it doesn’t, or downplaying the risks of specific drugs. In conjunction with kickbacks (paying healthcare companies or individuals to overlook these defects and promote the drug), they are often mentioned in pharmaceutical lawsuits. This was the case for Pfizer’s biggest lawsuit payout, when it was forced to pay $2.3 billion in 2009 for off label promotion and kickbacks related to four drugs – Bextra, Geodon, Zyvox, and Lyrica.

How To Join the Pfizer Blood Pressure Drugs Lawsuit?

If you have taken Accuretic or its generic versions, you might have a case for compensation against companies like Pfizer and Greenstone. You can speak to a personal injury lawyer for impartial advice on whether you have a case. This is particularly relevant for anyone who has contracted cancer after taking these drugs.

Pfizer is recalling Accuretic, a blood pressure medication used for hypertension. The recall comes after unacceptable levels of nitrosamine were found in certain batches. Nitrosamines have been known to cause cancer in humans.

Hydrochlorothiazide is a generic drug used to lower blood pressure.

What is hydrochlorothiazide used for?

How long does it take hydrochlorothiazide to lower blood pressure?

It depends on the person taking it, but most reports say it will work in 24-48 hours.

What are the side effects of stopping hydrochlorothiazide?

There can be several side effects of stopping hydrochlorothiazide. You should speak to your doctor before making any decision regarding discontinuing a prescribed medication.

What does hydrochlorothiazide do?

What are the dangers of taking hydrochlorothiazide?

How many lawsuits against Pfizer?

1000s of lawsuits have been taken out against Pfizer over the years.

How much has Pfizer paid out in lawsuits?

Some estimates suggest that Pfizer has paid out over $10 billion in lawsuits in the 21st century alone.