The Southern Baptist Convention (SBC) is the largest Protestant denomination today in the United States, connecting around 14 million members across more than 47,000 churches. However, the SBC has been rocked by a sexual abuse scandal that reaches back across at least two decades. An independent investigation found that its leaders – including those on the Executive Committee (EC) – willfully covered up a large number of sexual abuse reports over a period of several years. According to the report, abuse survivors made repeated attempts to report issues to the EC, only to be met with silence and, at times, outright “hostility.” While it is not known how many people were abused by SBC clergy and staff members over a period of 20 years, there are potentially thousands of survivors who could join the SBC abuse lawsuits and be eligible for compensation.

At the moment, it is not clear how many sexual abuse cases are linked to the Southern Baptist Convention. Yet, reports suggest that abuse was widespread, with 100s of individuals, including clergy, accused of sexual misconduct, with that conduct then allegedly covered up by the church’s hierarchy. Indeed, while the major investigations into the SBC have been focused on the abuse from the years 2000-2021, there is evidence that SBC sexual abuse and subsequent coverups go all the way back to the 1960s. As such, there are potentially thousands of sexual abuse survivors who have not been afforded justice.

Since the publishing of the SBC sexual abuse report on May 15th, 2022, there has been a call for SBC abuse survivors to come forward to pursue justice. The report makes clear that there are 100s of SBC-linked individuals with credible sexual misconduct allegations against them. However, there may be more cases of abuse across the 47,000 churches under the SBC. Those perpetrators of abuse could face criminal charges, and significant compensation could – and should – be paid to the abuse survivors. We expect to see new 2022 SBC sex abuse lawsuits launched this year as more survivors come forward to share their stories and pursue justice in the courts. SBC sex abuse law firms are asking for survivors to contact them to join the campaign for justice.

While any individual case of sexual abuse is considered a heinous crime, several elements of the SBC sex abuse cases combine to make a national scandal. First, there is the scale of the abuse. As we have said, it goes back over at least two decades – and potentially many more – with 100s of individuals affiliated with the SBC cited as potential abusers. However, there is also the fact that those in positions of power within the SBC organization were engaged in a massive coverup. Some leaders of the SBC, including former President of the Executive Committee Ronnie Floyd, have resigned over the handling of the sex abuse scandal. But survivors deserve more than a couple of resignations. 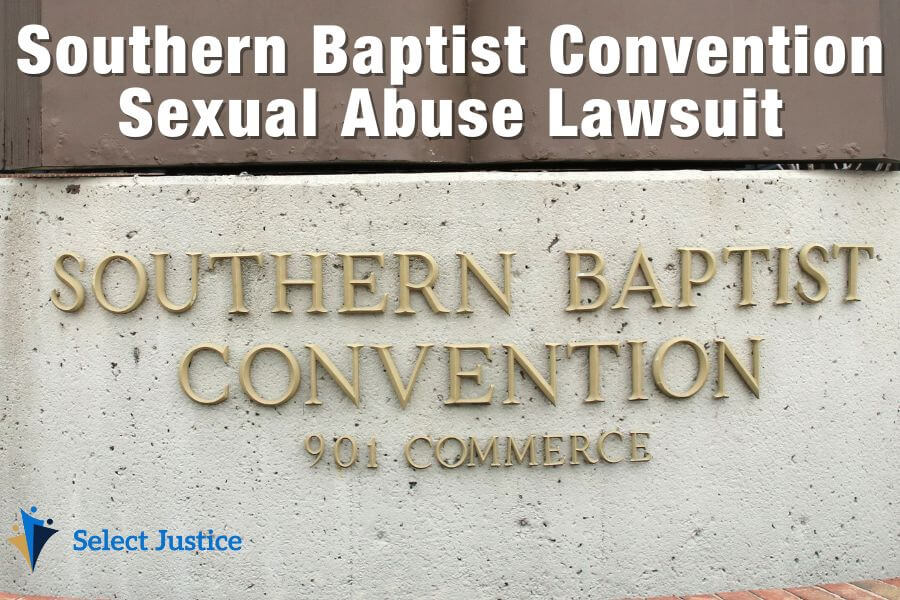 The Southern Baptist Convention investigations found that sexual misconduct was carried out by individuals at all levels of the organization. This includes church volunteers, pastors, staff, leadership, and even some of those in the church’s hierarchy. Those who were abused were silenced and intimidated by the church’s leaders.

About the Southern Baptist Convention

Founded in 1845 in Georgia, the Southern Baptist Convention is a Christian denomination (church). It is the world’s largest Baptist church, with close to 14 million members across the United States. While it retains the prefix “Southern” due to its founding in Georgia before the Civil War, the SBC is a pan-national organization with churches and members in all 50 states. The structure of the SBC is set up in such a way as to ensure autonomy among different churches and state conventions, but there is a central authority, the Southern Baptist Convention Executive Committee. The EC is made up of 86 trustees who serve terms on the committee. This commitment to autonomy is important for the context of the SBC sex abuse scandal, as it is one of the reasons the SEC decided not to create a national database for staff or clergy members who were charged or convicted of sex abuse offenses. And yet, the SBC Executive Committee did create a database of offenders, albeit a secret one. At one point, over 700 staff, clergy, and other SBC associates accused of sexual abuse were said to be on the EC’s private list. Thus, the SBC lawsuits for sexual abuse survivors allege that the church’s hierarchy covered up years of abuse allegations, silencing survivors and even adding to their anguish through intimidation.

The 2021 annual convention for the SBC was seen as a turning point for the church facing up to its role in the sex abuse scandal. Prompted by newspaper investigations in 2019 that uncovered the abuse and coverups, the members voted in 2021 to allow an independent investigation into SBC sex abuse and coverups. Guidepost Solutions, an independent security and investigations company, was chosen to conduct an in-depth report on the matter. While a secular company, Guidepost Solutions is considered a go-to firm for religious organizations dealing with sexual abuse. In the past, it has produced reports dealing with sexual misconduct in the Ravi Zacharias International Ministries and Christian Today.

The results of the independent investigation by Guidepost Solutions were published in May 2022. The Guidepost sexual abuse report both confirmed the earlier reports by the 2019 newspaper reports and uncovered a wave of new evidence about sexual misconduct and the silencing of the abused. The SBC had a mixed reaction to the revelations in the report, with some of the church’s leaders vowing to reform the SBC and others maintaining that they did not agree with the claims. In mid-2022, the SBC released a list of those accused of sexual abuse and misconduct.

If you or a loved one have been affected by the SBC sex abuse scandal, you should consider contacting an SBC sexual abuse lawyer. Law firms specializing in handling sexual misconduct cases are already preparing litigation proceedings against the SBC, affiliated churches, and individual perpetrators. The sheer scale of the sexual abuse and the coverup means that there are potentially thousands of lawsuits that can be brought against the organization. However, every survivor’s story is important, and anyone affected by the abuse and actions of the SBC to hide that abuse should be given access to justice. Sexual abuse is a sensitive subject, and SBC sexual abuse lawyers will handle all claims and inquiries with discretion.

The reports on sexual abuse and misconduct at the SBC came in two waves. First, there were the initial investigations by two Texas news organizations – The Houston Chronicle and San Antonio Express-News – in 2019. These newspaper reports had many parallels with scandals in other churches, notably the Catholic Church sexual abuse “Spotlight” investigations led by the Boston Globe. Unlike the Catholic Church, the SBC tried to hide behind the fact it is a loosely affiliated organization of churches with no central authority. However, there remains a hierarchy in the SBC, including its Executive Committee, and it was clear that those in positions of power tried to cover up the sexual abuse. This was later confirmed by the independent report ordered by the SBC, which was published in May 2022. The findings of the independent report show large-scale sexual abuse and coverups at SBC churches. And now, survivors deserve justice through the United States legal system. 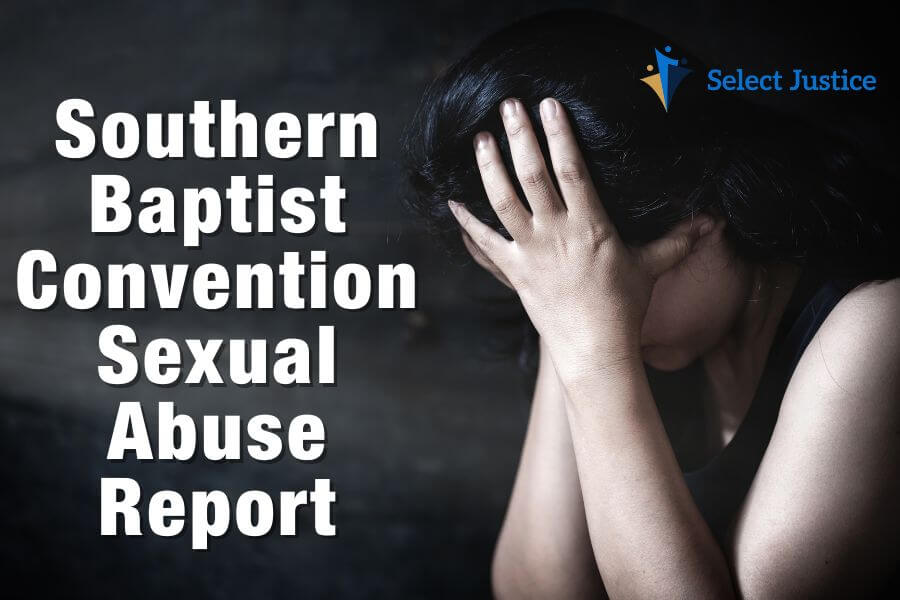 What Is The Southern Baptist Convention?

Who Is The New President Of The Southern Baptist Convention?

Ed Litton was elected as the 63rd President of the SBC in June 2021. Litton has responded to the SBC sexual abuse scandal report by saying the church needs “to take deliberate action to address these failures and chart a new course.”

How Many Churches Are In The Southern Baptist Convention?

Around 47,000 churches are affiliated with the Southern Baptist Convention. The SBC has around 14 million members.

What Happened At The Southern Baptist Convention?

A series of investigations have found that there was widespread sexual abuse carried out at SBC churches by its clergy, staff, and other church-linked individuals over a period of twenty years. Moreover, it is alleged that members of the SBC hierarchy spent years covering up the abuse, stonewalling survivors and protecting perpetrators.