Kia is one of the world’s largest car manufacturers, one that has a growing share of the American car sales market. In fact, Kia America had a record year of sales in the United States in 2021, selling over 700,00 vehicles. But are those cars defective? A new Kia car class action lawsuit alleges that Kia has knowingly sold flawed vehicles that make it easy for criminals to steal. In fact, the rise in Kia car thefts has been alarming, with national media reports covering the spike, with some even linked to so-called TikTok challenges.

What Is the Kia Class Action Lawsuit About?

In the simplest terms, the Kia class action lawsuit alleges that the company, Kia America, Inc., manufactured, marketed, and sold cars that are easy to steal. The class action lawsuit points to potential defects, including the lack of an engine immobilizer, that Kia failed to disclose to customers. The Kia lawsuit was originally filed in a court in Iowa, but lawyers acting on behalf of claimants believe a nationwide class action suit should be launched and have filed Kia theft lawsuits in other courts in multiple states. The Kia car lawsuit covers a range of models sold between 2011 to 2021. Those who bought cars manufactured by Kia’s parent company, Hyundai, are also eligible to join the lawsuits, given many of the Hyundai models from the same years share the same potential defects.

Right now, the Kia auto theft lawsuits are at an early stage. Attorneys representing those who have joined the class action are gathering evidence in regards to the Kia defects, customers’ rights, and what Kia knew about the problems with its cars. The first lawsuits against Kia were filed in Iowa in August 2022. In September 2022, another lawsuit was filed in St Paul, Minnesota, with the plaintiff, whose Kia car was stolen, claiming that he would not have bought the vehicle had he been made aware of the defect. The St Paul Kia lawsuit also highlighted the growing problem of Kia car thefts due to the lack of engine immobilizer. Across 2021, there were 21 Kia car thefts recorded. As of mid-July 2022, there were 256 thefts – a 1300% rise. 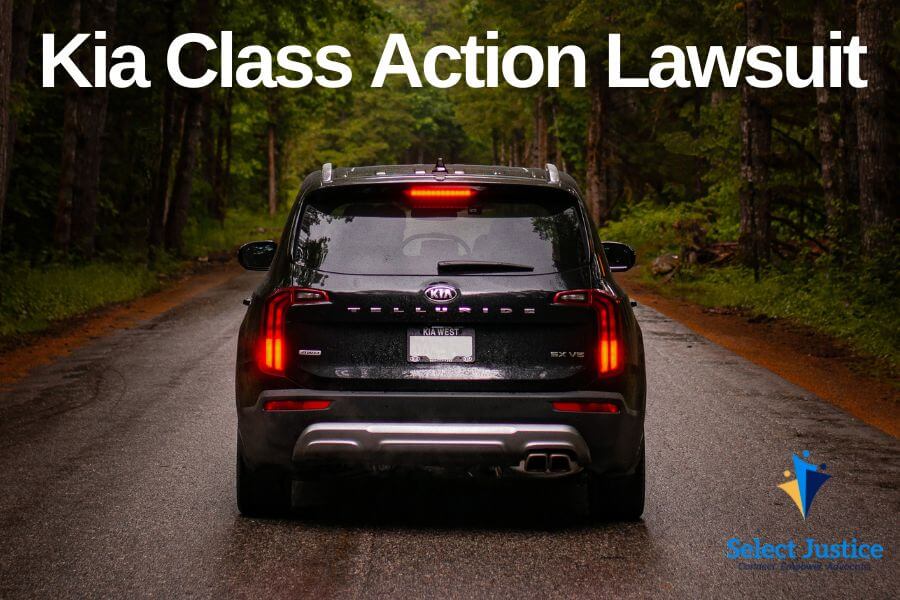 Kia Models in the Lawsuit

The Kia class action lawsuit covers all models of Kia cars manufactured and sold between 2011-2021 that lack an engine immobilizer, but some specific models have been highlighted. For example, one of the claimants in the class action bought a Kia Soul in 2017, and another bought a Kia Sorrento in 2015. Both claim that the vehicles fail to meet federal standards of automobile safety due to the lack of an immobilizer – a device that locks the wheel when the engine is started without a key – or similar device.

Owners of Kia Optima cars that have been manufactured (2011-21) without an engine immobilizer are eligible to join the Kia class action lawsuit.

Owners of Kia Sorento cars that have been manufactured (2011-21) without an engine immobilizer are eligible to join the Kia class action lawsuit.

Other Past & Present Lawsuits Against Kia

Kia and Kia car dealers have faced several lawsuits in the past for other infractions. These include:

In 2015, the Kia dealer Fuccillo Automotive Group was forced to pay $1.6 million in a Kia class action settlement after selling customers expensive and illegal (in the state of New York) Auto Theft Security Discount packages.

In May 2021, a class action lawsuit was filed against Kia over a design flaw in one of the seats of its newer Kia Soul models. The foldable rear bench seat meant that some passengers would be unable to access a seatbelt, thereby putting them at risk in an accident.

Kia is facing an ongoing class action lawsuit due to an oil consumption defect in several models of cars. Many Kia cars with Theta, Gamma, Nu, Lambda, and Kappa engines have been affected by the problem.

The Kia theft lawsuit is a class action proceeding against Kia America. Lawyers claim Kia has manufactured cars with defects, namely a lack of engine immobilizer that makes certain models easier for thieves to steal. In 2020, a Kansas law firm filed a class action lawsuit against Lawrence Kia, a Kia dealer in Kansas, alleging the mishandling of financial documentation that inflated customers’ monthly incomes when applying for loans to purchase cars.

While we don’t yet know the outcome of the 2022 Kia class action lawsuits, it is entirely possible that the company will decide to settle out of court. How much would any Kia lawsuit payout be worth? It depends on several factors, including whether there was evidence of negligence on Kia’s part, whether Kia could have done more to mitigate the risks of auto theft, and Kia’s obligation toward its customers. Other factors that could contribute to a Kia car theft lawsuit settlement amount include the value of the car (if it was stolen), loss of earnings if the car was used for work, and emotional distress.

How to Join the Kia Class Action Lawsuit

News reports have focused on a spate of Kia thefts in cities like St Paul and Milwaukee, but Kia has sold millions of cars around the United States. Anyone who has bought a defective Kia car without an engine immobilizer is being urged to contact a Kia car theft law firm to see if they are eligible to join the lawsuits against the car company.

What is going on with Kia?

Kia cars have been subject to a huge rise in thefts recently. Claimants in the Kia class action lawsuits allege that the cars are defective, mostly due to the lack of an engine immobilizer that makes auto theft more difficult.

Are push button start Kias being stolen?
The lack of engine immobilizers is very common in Kia cars that feature a mechanical (physical) key rather than push-button starting. This has led to reports of criminals stealing Kia cars using only a USB cable.

What is the Tiktok Kia challenge?

Which Kia models have immobilizer?
As a reaction to the criticism and, presumably, the Kia lawsuits, Kia has said that all models of its cars manufactured in 2022 and beyond will now have engine immobilizers. However, the Kia lawsuits cover cars sold over a ten-year period from 2011-2021, which includes many of its most popular models sold in the United States.

What is Kia campaign customer reimbursement?

Kia has not yet agreed to a customer reimbursement program for cars affected by theft. However, the company has initiated such programs for defective Kia cars in the past. For example, Kia is compensating 2011-13 model year owners who have been affected by the fuel economy rating of their cars. On November 2, 2012, Kia voluntarily adjusted the fuel economy ratings of over 300,000 vehicles and reimbursed these car owners, establishing a lifetime reimbursement program.  The program covered the difference related to the higher fuel costs and included a 15 percent addition to offset potential inconvenience. A recent class action settlement has given these vehicle owners the option to receive the payment as a single lump sum rather than visit their dealer yearly to verify mileage

What Kia has a recall?

Kia has recalled several models of cars for a variety of reasons in the past. This includes the 2022 Kia recall of over 36,000 Kia Telluride SUVs due to defective engines with fire risk.