News reports have highlighted a wave of Hyundai car thefts across the United States in 2022. The huge rise in thefts of Hyundai vehicles have been attributed to a manufacturing issue, namely the lack of an engine immobilizer in certain Hyundai models. An immobilizer is a type of anti-theft security device that, for example, will lock the steering wheel when a vehicle is started without using a key. Hyundai owners fear the huge spike in thefts has been exasperated by a viral TikTok challenge that shows videos of thieves demonstrating how easy it is to steal Hyundai cars. Some of those affected by the thefts have launched legal action against Hyundai. This includes a nationwide Hyundai class action lawsuit that claims the carmaker has sold and marketed defective vehicles without sufficient security protections.

What is the Hyundai Lawsuit About?

In the simplest terms, claimants in the 2022 Hyundai lawsuits allege that the car manufacturer has sold several of its most popular models when knowing they have security vulnerabilities. News reports have covered the spate of Hyundai car thefts, as well as related thefts concerning Kia cars, many of which have the same security defect. Lawsuits have been launched against both Hyundai and Kia by those who have had their vehicles stolen. This includes a nationwide class action lawsuit, initially launched in Iowa, against both Hyundai and Kia.

Right now, lawyers representing claimants in the Hyundai lawsuits are looking for more people to join the class action. The class action covers defective Hyundai cars sold over a ten-year period, so there could be 1000s of people eligible for compensation. In August and September 2022, lawsuits against Hyundai were filed in different courts across the United States, including a new class action in the state of Illinois. Perhaps more worrying for Hyundai owners is that, at the time of writing, there seems to be no letup in the TikTok craze showing criminals stealing Hyundai cars. 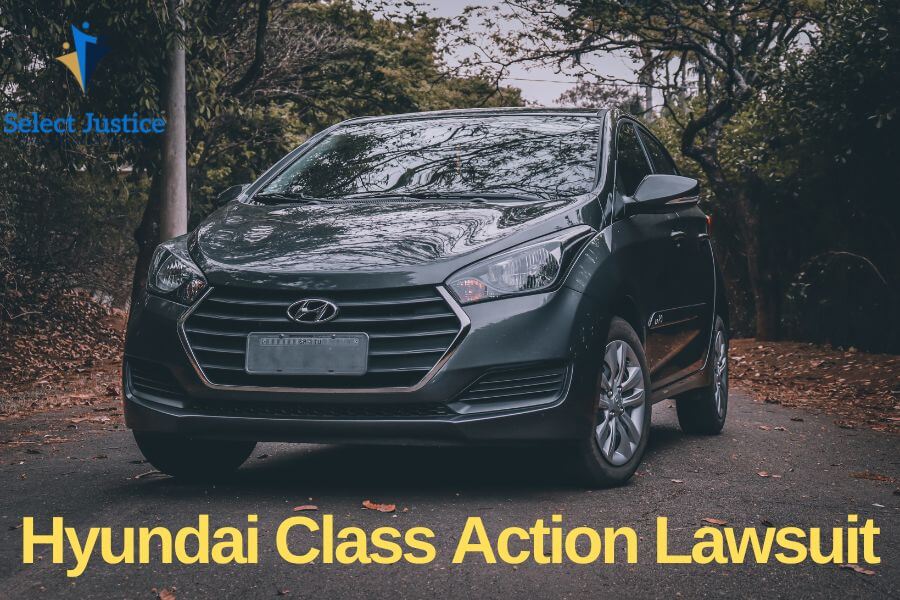 Hyundai Models in the Lawsuit

The Hyundai engine immobilizer class actions do not specify any specific model of Hyundai cars in the lawsuit. The litigation covers any Hyundai vehicles manufactured before 2021 that have the security flaw, i.e., the lack of an engine immobilizer. Below we list some popular Hyundai models that are part of the lawsuit.

Owners of Hyundai Sonata cars sold without an engine immobilizer are eligible to join the Hyundai class action.

Owners of Hyundai Elantra cars sold without an engine immobilizer are eligible to join the Hyundai class action.

Owners of Hyundai Santa Fe cars sold without an engine immobilizer are eligible to join the Hyundai class action.

Other Past & Present Lawsuits Against Hyundai

The Hyundai Blue Link lawsuit was a 2015 litigation against Hyundai Motor America, which failed to inform owners that the telematics (Blue Link) system in certain vehicles would be disabled if it was left inactive for more than a year.

The Hyundai oil consumption lawsuit was filed in 2022, with claimants alleging that certain models of Hyundai cars had defective engines that caused excessive oil consumption and thus a risk of engine failure.

There have been several lawsuits relating to Hyundai engines in recent years. This includes the successful class action lawsuit that saw Hyundai pay $1.3 billion to owners due to issues with the Theta II engine.

The Hyundai paint lawsuit was a 2015 class action litigation that alleged Hyundai manufactured cars with “self-healing” paint that did not work as advertised.

Several drivers have complained online that their Hyundai’s accelerator pedal is sticking and causing problems; additionally, there have been several cases of drivers calling 911 when a stuck or jammed gas pedal makes it nearly impossible to control their cars. However, as of yet, no formal Hyundai gas pedal lawsuit has been filed.

Those who have had their cars stolen and anyone who has bought potentially defective Hyundai vehicles are understandably angry that their vehicles have been left vulnerable. Engine immobilizers have been widely available since 1992, and there seems to be no good reason for Hyundai not to add them to cars. Indeed, after the wave of Hyundai car thefts, the company has promised to add engine immobilizers to all newly manufactured cars, implementing the change in November 2021. But will there be a Hyundai car theft settlement payment for those affected by cars lacking the security device? That is the goal of the Hyundai car theft lawsuits, which aim to pursue compensation for Hyundai owners through the court system or reach a settlement agreement with the carmaker.

Hyundai car theft lawsuit lawyers are asking for those affected, i.e., Hyundai owners, to come forward to join the class action. If you join, you will become what is known as a “class member”. Of course, you could launch your own class action, meaning you would serve as the plaintiff. The best course of action is to speak to an experienced lawyer or specialist Hyundai class action law firm to see your options and eligibility. 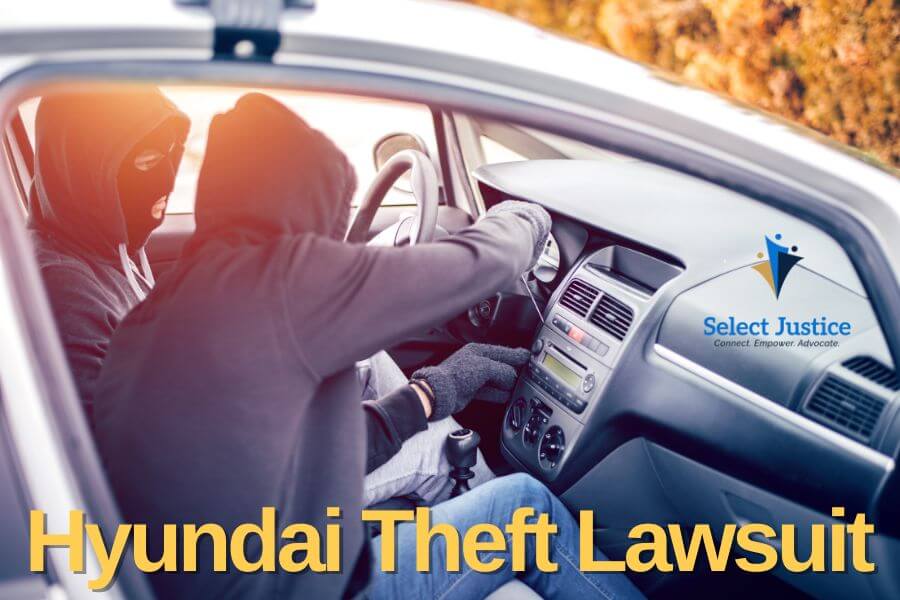 Does Hyundai have a lifetime engine warranty?

Hyundai has a lifetime engine warranty for some cars. This was agreed upon as part of a settlement in the Hyundai Theta engine class action lawsuit.

How are Kias and Hyundais being stolen?

What are common problems with Hyundai?

Hyundai is a popular car brand in the United States, but it has had plenty of problems in recent years, some of which have led to class action lawsuits on behalf of owners.

What is Hyundai doing about stolen cars?

Hyundai is working with law enforcement to try to quell the wave of Hyundai thefts across several American cities. The company has promised to add engine immobilizers to all newly manufactured cars. In addition, the company has been offering physical steering wheel locks for owners of Hyundai vehicles without an immobilizer.

What is the Hyundai Theta engine settlement?

The Hyundai Theta settlement was an agreement by the carmaker, as well as sister firm Kia, to pay $1.3 billion to settle lawsuits over the Theta II engine. The Theta II was found to be defective, including a propensity to catch on fire, but Hyundai and Kia did not order a recall. A judge awarded the sum to class members of several consolidated Hyundai class action lawsuits.

What is the life of Hyundai engine?

If the Hyundai does not have a defective engine, research shows that a typical Hyundai car engine can last up to 300,000 miles. However, this can differ by model, use, and other variables.

What year Hyundais are being stolen?

Several models of Hyundai manufactured between the years 2015-2021 seem to be at a higher risk of being stolen at alarming rates. The spike in Hyundai car thefts involves cars that do not have an engine immobilizer.

Which Hyundai models have engine problems?

The Hyundai Sonata is often cited as having the worst engine problems, and there have also been problems reported with some models of Hyundai Elantra. Various models of Hyundai and Kia cars featuring certain Theta II, Gamma, and Nu engines were subject to the Hyundai recall in 2020.

What is Hyundai Kia controversy?

The current Hyundai and Kia controversy refers to the massive spike in thefts of vehicles that do not have an engine immobilizer, making them easy to steal. There are potentially millions of Hyundai and Kia cars vulnerable to theft across the United States.