Paragard intrauterine devices are marketed as safe. While these IUDs prevent pregnancies with a high degree of reliability, the units can break apart.

Paragard intrauterine devices are marketed as safe. While these IUDs prevent pregnancies with a high degree of reliability, the units can break apart. As a result, pieces of the IUDS have been imbedded in patients’ organs, often causing serious injuries and creating the need for surgery

What is the Paragard IUD?

Paragard intrauterine devices were made by Teva Pharmaceuticals prior to the brand’s 2017 sale to Cooper Companies. Paragard IUDs are very small intrauterine devices, with T-shaped frames made of soft, flexible polyethylene. The lower portion and part of the arms of the “T” are wrapped with copper, which helps prevent pregnancy without exposing the wearer to hormones. Once installed by a physician, the IUD may be left in place for up to ten years.

The Food and Drug Administration (FDA) granted its approval to the Paragard IUD in 1984. The faulty IUD model is Paragard T 380A. Despite risks associated with potential breakage, it is still on the market. In 2019, a batch of Paragard T 380A IUDs were recalled for concerns over the units’ sterility. To date, though, these IUDs have never been recalled for the breakage issue.

Paragard copper IUDs are marketed as a superior alternative IUDs that rely on levonorgestrel, which is linked to pseudotumor cerebri (ptc). However, the issue with breakage and a subsequent need for emergency fragment removal means that even hormone-free IUDs carry a certain measure of risk.

Get Started
Table of Contents
1 What is the Paragard IUD?
2 Paragard IUD Lawsuit Updates
3 What Is The Lawsuit About?
4 Side Effects, Injuries and Dangers
5 Paragard Lawsuit FAQ's
6 Help for Paragard IUD Victims

What Is The Lawsuit About?

In the Paragard lawsuit Plaintiffs argue that Teva Pharmaceuticals and CooperSurgical Inc. failed to provide adequate warning to consumers of the risk of breakage and the potential for injury.

Paragard is the only non-hormonal intrauterine device available in the United States. All options – whether hormone-infused or not – are easy for healthcare providers to install during an office visit that takes just a few minutes. As most patients find that the side effects are mild, IUDs are considered – and marketed – as an attractive contraceptive option, particularly when protection from STDs isn’t a factor.

Women who have filed lawsuits against Paragard’s manufacturers state that potential breakage was not listed as a side effect when they had their IUDs installed, claiming that Teva made a misrepresentation when labeling the devices as being safe and effective. The victims claim that the company did not provide adequate warnings about the risks and are seeking compensation for injuries they claim are a direct result of using Paragard

Current prescribing literature from CooperSurgical mentions the risk of breakage when a physician removes an embedded IUD, but some women have experienced complications when the arms break off the IUD before it is scheduled for removal.

CooperSurgical’s materials do not mention of how often “device breakage” occurs, however there is a warning that “breakage of an embedded Paragard during non-surgical removal has been reported.”  Instructions for removal advise healthcare providers that “The threads can retract into the uterus or break, or Paragard can break, perforate the uterus, or be expelled.”

An additional cautionary statement for physicians states that “Breakage or embedment of Paragard in the myometrium can make removal difficult. Analgesia, paracervical anesthesia, cervical dilation, alligator forceps or other grasping instrument, or hysteroscopy may assist in removing an embedded Paragard.”

Side Effects, Injuries and Dangers

Although Paragard does not cause mood swings or lead to weight gain like hormonal birth control can, it comes with warnings about side effects. These tend to be at their worst within the first few months of the device’s installation.

The following Paragard side effects are mentioned specifically:

At the time of insertion, women may experience dizziness, nausea or cramping and pinching. These side effects should last for just a few minutes after the Paragard IUD is inserted.

Prescribing literature lists some rare Paragard side effects as well, including: 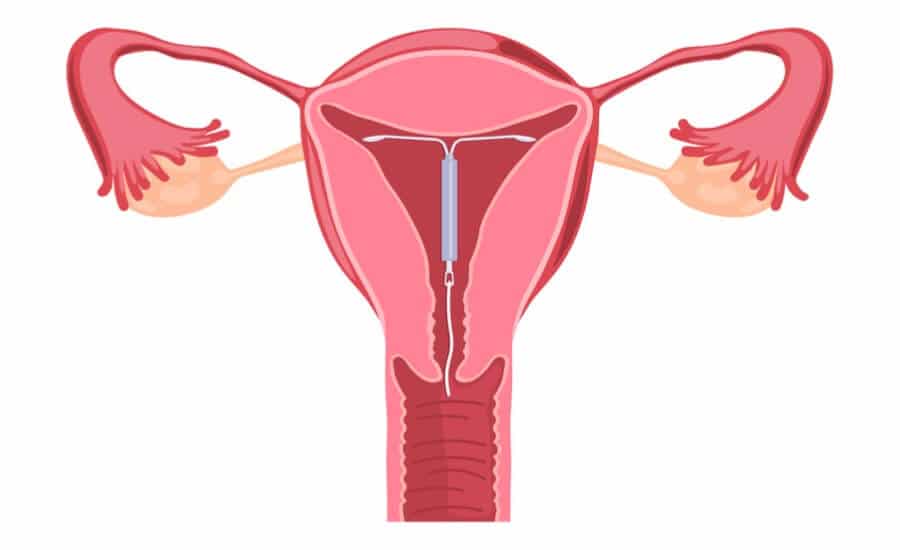 Complications and Risks Associated With Paragard

Paragard IUD’s have been linked with myriad complications and side effects, including:

If one or both arms of the Paragard IUD break off, the pieces could become embedded in the uterine wall or migrate to other parts of the body, leading to serious injuries and complications.

What are the grounds for a Paragard IUD lawsuit?

Victims can sue the makers of Paragaurd (Teva and Cooper) for any of the following claims:

Defective design - Both companies can be held liable for any subsequent injuries because the product’s design posed a risk of one or both arms breaking off.

Manufacturing defect - This covers poor construction or defects in the product prior to leaving the manufacturer’s possession.

Improper Labeling/Failure to warn - Doctors were not given ample warning about the dangers of the Paragard IUD breaking during explanation. In turn, women using the device were not warned about the possibility of breakage either.

Negligence - Drug manufacturers (Paragard is regulated as a drug, not a medical device) are duty-bound to provide products that are well-designed and free from defects. Both companies flouted that responsibility by providing a device where the design inherently posed a risk to the end-user, leading to serious injury.

What are the potential complications and injuries associated with Paragard T 380A?

While Paraguard is relatively easy to implant, there are a slew of potential injuries that users should be aware of, including:

Paragard lawsuits are individual lawsuits, not class action lawsuits. While they will remain classified as such, they may be consolidated into multidistrict lawsuits (MDL). With hundreds (and thousands expected) of lawsuits pending on the same legal issue, multidistrict lawsuits consolidate these cases to avoid putting a strain on the court systems. Perhaps, more importantly, MDL’s often expedite the process. It’s worth noting here, too, that settlement amounts determined in MDL’s often set the tone for settlements in any remaining cases.

As of December 2020, individual Paragard lawsuits were consolidated into a multidistrict lawsuit (#2974) in The Northern District of Georgia. If you have been injured, you may be able to seek compensation. At present, hundreds of individual lawsuits have been filed, naming Teva and Cooper Companies as defendants

Has the FDA issued a recall of Paragard T 380A?

Paragard T 380 A has not been recalled. Despite complaints and ongoing lawsuits, it remains in the market. It’s worth noting that one batch of Paragard was recalled in 2019. The recall was due to sterility issues, not breakage issues.

Have there been any settlements in the Pargard lawsuits?

At this time, there are no settlements in the Paragard lawsuits. The Paragard lawsuits must go to trial before negotiations begin and settlements are determined.  Attorneys from legal firms representing the plaintiffs will seek maximum compensation, as no dollar amount can be placed on damages to a woman’s reproductive health. If and when they are awarded, initial compensation amounts are likely to help litigators negotiate settlement amounts in future cases.

Who are the manufacturers of Paragard IUD?

Teva Pharmaceuticals was the original manufactures of Paragard T 380A. However, Teva sold the Paragard intrauterine device to Cooper Companies in 2017 for approximately $1.1 billion. 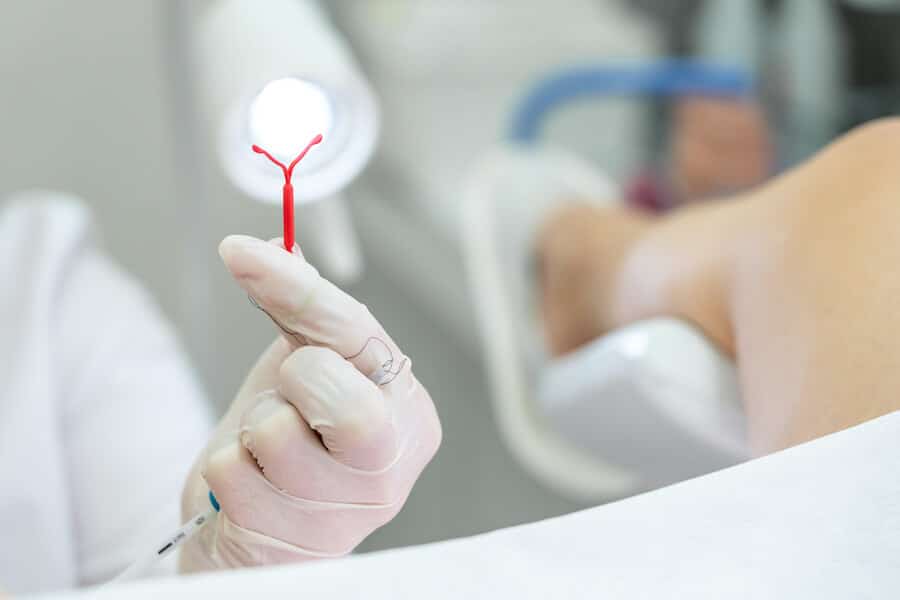 Select Justice Focuses on mass tort lawsuits; however, our experts can provide guidance and help those who are considering a Paragard IUD lawsuit fight for the maximum amount of compensation and hold the manufacturers accountable for the painful injuries this product has caused. If you or a loved one has been injured by a Paragard T 380A intrauterine device, take a moment to provide details in the form. Our case review process is free, and can help you determine if your lawsuit is viable.