Zantac Lawsuit - Why Did the FDA Wait to Recall

If you were someone suffering from the burning and pain that comes with indigestion, heartburn, or ulcers, antacid Zantac and its generic form Ranitidine hcl must have seemed like a lifesaver. The medicine quickly relieves the burning chest pain that is a common symptom of heartburn. But since the United States Food and Drug Administration (FDA) pulled the drug off the shelves in 2020 over concerns that a cancer-causing substance, NDMA, had been found in the medication, that lifesaver suddenly must look an awful lot less life enhancing – and more like one more danger for consumers to worry about.

NDMA in Zantac is serious, with potentially serious outcomes, including breast cancer. Recent information has come to light that the American government and the pharmaceutical companies that marketed the medicine knew of its dangers. If you took Zantac or one of the generic versions and are wondering what this means for you, speak to your doctor. If you have been diagnosed with cancer – especially breast cancer – you may also want to explore joining a Zantac lawsuit with others determined to let big pharma know they can’t conceal information vital to consumers.

Introduced in 1983 by Glaxo Holdings Ltd, Zantac quickly became the pharmaceutical world’s top-selling medication. Zantac decreases stomach acids and relieves symptoms of heartburn and other ailments. In 1997, the patent for Ranitidine expired, allowing for generic formulations to be marketed, and many pharmaceutical companies, such as Pfizer, Warner-Lambert, Boehringer, and Sanofi SA did so.

During routine testing in the summer of 2019, digital pharmacy Valisure discovered a link between Ranitidine and Zantac and NDMA, a known cancer-causing substance. The company informed the FDA of its findings, pushing them to recall all ranitidine-containing medications, Zantac and the generics.

Valisure analyzed additional formulations from other manufacturers, finding that NDMA is created by a chemical flaw inside Ranitidine. As Valisure posted on their website: “This means that all manufacturers, brand or generic, and all lots of ranitidine-containing medications are affected and could generate very high levels of NDMA in the human body.”

While the FDA did eventually act on this information, it originally disregarded it, calling the presence of NDMA in Ranitidine a mere “impurity” — despite Valisure and two other labs confirming the potential risk. 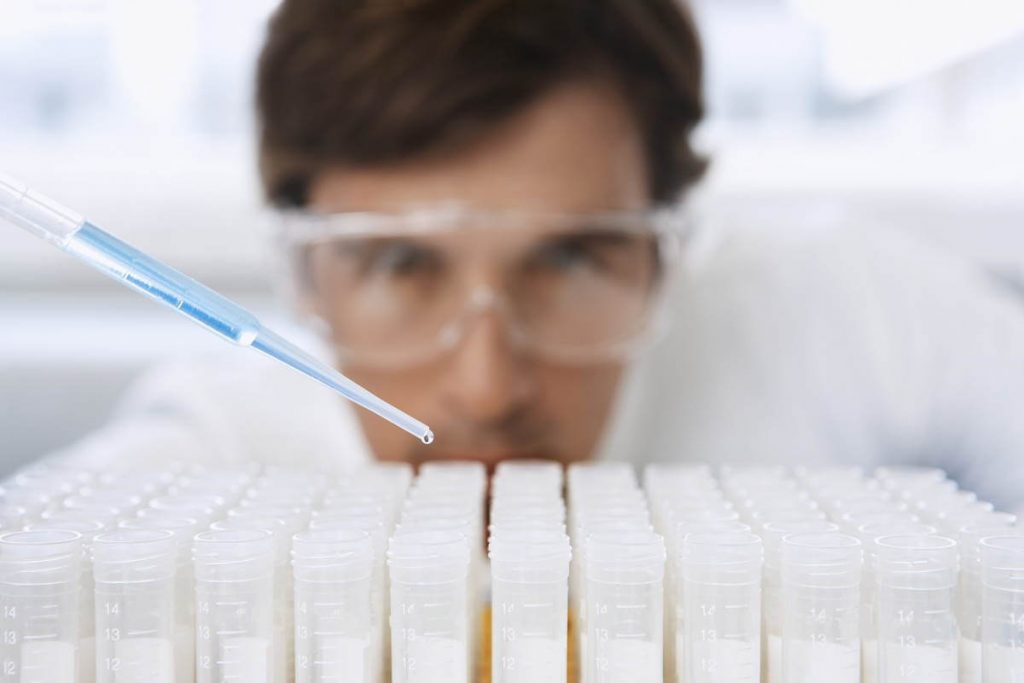 Many people think this was the first time a carcinogen was found in Ranitidine; sadly, it is not. Despite the widespread use of the drug, studies show that as early as 2011 pharmaceutical companies responsible for marketing Zantac understood it contained NDMA – and its link to cancer.

Unfortunately, consumers who were treated with the drug didn’t have that information and couldn’t make informed decisions about its use. Today, millions of people who took Zantac and other Ranitidine products may be at risk for a variety of cancers including breast cancer, and some of them are choosing to pursue compensation via a Zantac cancer lawsuit. It’s maddening and upsetting to know that companies that sold a medicine designed to relieve pain and make you better knew their medicine might be doing just the opposite.

It’s great that the American Government has instituted recalls on the drugs, protecting millions of people going forward, but what about the people who have been taking Zantac for years? Joining a Zantac lawsuit lets you seek justice.

Current research suggests that long-term exposure to NDMA may increase the risk of serious illnesses and cancers including breast cancer, kidney cancer and testicualar cancer. Of course, there are several causes of cancer, but for men and women who took Zantac on a regular basis, perhaps as little as once a week over a long period, their risk might be significantly higher. If you or someone you care about used Ranitidine, especially for a prolonged period, it might be a good idea to speak to your doctor to understand your risk.

Signs of Breast Cancer
The symptoms and signs of breast cancer vary. Health advocates such as Breastcancer.org recommend routine breast self-exams and, for women over 40, annual mammograms. You can find more information about breast cancer and cancer support groups online at National Breast Cancer Foundation and Susan G. Komen. Obviously, you should see your doctor about anything suspicious, or if you are concerned about your risk of breast cancer.
It’s important to remember that not every lump or change is cancerous. Nevertheless, it is wise to be informed. Here are some common signs of breast cancer: 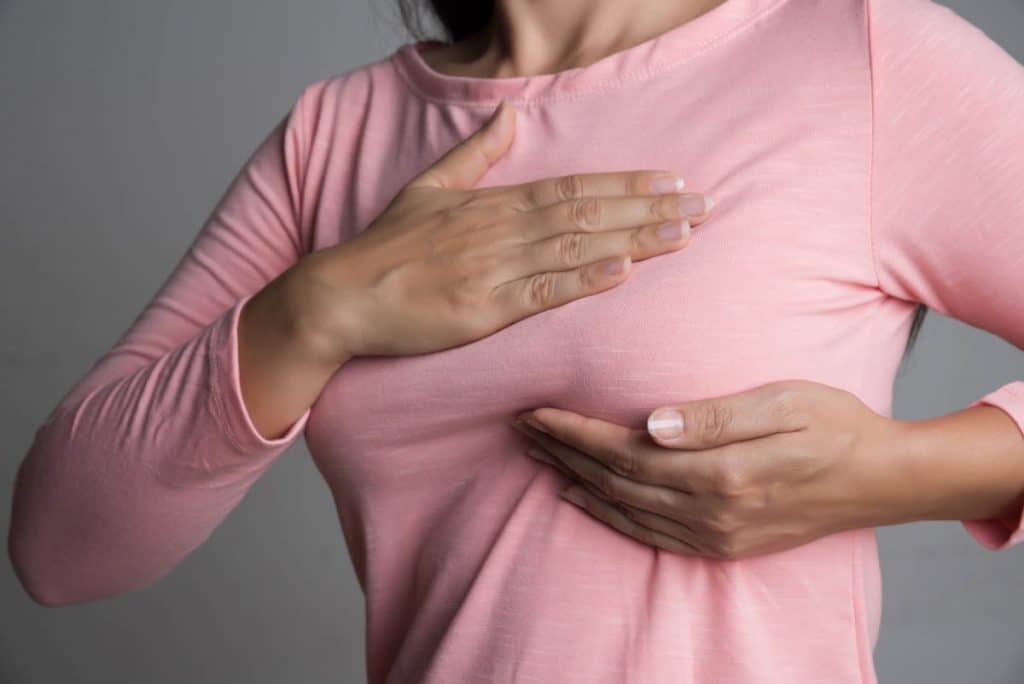 What You Need to Know About Zantac

Zantac has been in the market for decades, and during that time, it has been used by millions of people worldwide. First receiving approval from the FDA in 1983, in five short years Zantac became the world’s best-selling drug, with pill, liquid, and intravenous formulations — not to mention global sales topping $1 billion a year.

Since that time, Zantac has remained a popular OTC and oft-prescribed drug used to treat a variety of acid-related ailments of the stomach and intestines. Until the FDA announced the recent recall, some 15 million Americans took prescription Zantac, often every day, while millions more took a less potent OTC dosage. It’s no wonder the drug enjoyed widespread use; heartburn is a common condition. In the United Statesalone, it is estimated that 60 million people suffer from heartburn at least once a month.

The FDA Issues a Warning

On September 13, 2019, the FDA announced its research led to the discovery of small amounts of NDMA – which it called a “probable human carcinogen” – in Zantac. Many manufacturers and suppliers began voluntarily recalling their Ranitidine products, removing them from major pharmacies including Target, CVS, and Walmart.

In the next month, while many countries banned the drug, the FDA was seemingly slow to respond. Finally, in April 2020, the FDA officially requested all companies stop selling Zantac and products containing Ranitidine. Their testing results were even more startling than previous reports: They discovered that NDMA in Ranitidine products changed over time. While earlier tests showed the level of the carcinogen increased with high temperatures, such as those in a car on a summer’s day or in an unairconditioned warehouse, the new results showed NDMA levels could increase at room temperature, even perhaps while on a drugstore shelf or inside a home medicine cabinet.

Did the FDA Move Too Slow?

Why did drug companies such as Sanofi and Boerhringer Ingelheim continue to manufacture and sell a drug that they knew was contaminated by a hazardous carcinogen? Should these companies have been obligated to disclose the risks to those who took the drug, or at least to governments? Once alerted to the presence of NDMA in the drug, why didn’t the government move quicker and more forcibly? Was it protecting these big pharmaceutical companies? And perhaps most importantly: By dragging their feet before advising a recall, did the FDA increase the risk to consumers?

In essence, did the government’s slow, indecisive action cause consumers to be unnecessarily harmed? Hopefully, answers will be coming to light soon as this case progresses.

Why Join the Zantac Lawsuit

Consumers put their trust in the government and large pharmaceutical companies to sell only safe products. It’s frustrating to learn that for years they kept information about Ranitidine secret when they knew Zantac was unstable and potentially dangerous. Seeking justice by joining a Zantac lawsuit lets you tell big pharma they can’t get away with hiding the truth.

By joining the legal action, you could receive compensation. At the same time, you will let these big companies and the government know that consumers demand the truth.

What Should You Do If You Have Taken Zantac

If you are one of the millions of people who take Zantac or a generic product regularly for heartburn or other issues, speak to your doctor about alternatives. There are several.

If you have taken Zantac recently or in the past – or the relative or friend of someone who has – and are concerned about its link to cancer, you may want to talk to your doctor to discuss your exposure. Be sure to discuss any signs of breast cancer you may be experiencing.