For almost 40 years, Americans had been buying over-the-counter Zantac to soothe heartburn. Zantac is a brand name for an antacid drug, ranitidine, and it soon became one of America’s most commonly prescribed medicines. In 2017, for instance, it was estimated that about 16 million people regularly used Zantac to treat heartburn, acid reflux and other minor stomach issues. A prescription version was commonly used to treat more serious ulcers and conditions of the intestines.

However, the Food and Drug Administration (FDA) announced in September 2019 that it had discovered traces of nitrosodimethylamine (NDMA) in ranitidine. NDMA is a “probable human carcinogen”, i.e., it is a substance that could cause cancer.  As such, Zantac’s makers, Sanofi, as well as other Big Pharma companies producing ranitidine treatments, were forced by the FDA to pull their products from the shelves in the US, with other countries quickly following suit.

While the levels of NDMA found in ranitidine might seem small, they were nevertheless considered “unacceptable” by the FDA, as well as major regulatory bodies in Europe. Indeed, a study published in the National Library of Medicine found that the NDMA level found in urinary excretion of test subjects taking ranitidine was over 400 times the normal level. Another study carried out by Valisure, a Connecticut-based laboratory, found that a single Zantac tablet contained many thousands of times the recommended safe amount of NDMA. 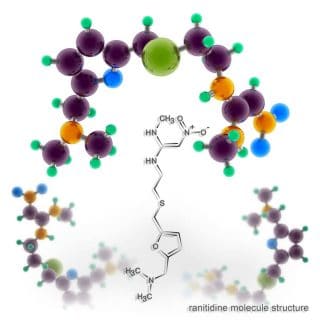 Moreover, it’s possible that even the slightest trace levels of NDMA can cause cancer, especially when ingested regularly, as is common with Zantac users. Potential cancers caused by NDMA include bladder cancer, testicular cancer, breast cancer, and stomach cancer. One of the first people to file a lawsuit against Sanofi, Joseph L. Galimildi, developed a rare form of  male breast cancer after using Zantac for six years

And yet, there is a more heinous charge leveled at Zantac producers like Sanofi than simply an oversight in the laboratory. In short, Sanofi is accused of knowing that Zantac posed a cancer risk, willfully covering it up and continuing to sell the product to millions of Americans. That gets to the heart of the Zantac lawsuits, which has seen thousands of cancer patients pursue justice for themselves and their loved ones.

In relative terms, the ranitidine cancer lawsuit is in its infancy, but it has been gathering pace over the last year. Below is a brief timeline of events:

As we approach winter 2020, the consolidation of Zantac cancer cases into multidistrict litigations (MDL) is an important move and an opening victory for those seeking justice. An MDL is a means of streamlining complex lawsuits involving multiple claimants.

As there are thousands of claimants in the Zantac litigation, it would not be feasible to run each case as a separate trial. The consolidation of the Zantac case into a multidistrict litigation means that lawyers can share information from discovery, thereby speeding up the settlement process. It’s important to note, however, that each plaintiff’s case is still treated separately in an MDL, meaning settlements could be different.

Once the MDLs get underway, all eyes will be glued to the uncovering of documents in proceedings in order to find out what Sanofi/Boehringer Ingelheim knew and when. GSK could also find itself in trouble if there is evidence that they knew of the NDMA link when launching the drug in the 1980s.  The charge levelled at the pharmaceutical giants is that they knew of the dangers of Zantac, yet failed to warn the millions of Americans who used the drug regularly. The knowledge that NDMA is a possible carcinogen has been in the public domain for several decades now, and the manufacturers of Zantac are accused of willfully dismissing the link between NDMA formation in the stomach and the drug that made billions of dollars in profits.

As mentioned, the Zantac case is still relatively young, with the first lawsuit filed in September 2019. Some experts estimate that a settlement could be reached by 2022, although it’s difficult to judge given the complexity of the case and the thousands of plaintiffs taking part. There is still time to join a Zantac lawsuit, and we would urge anyone who has developed cancer after using Zantac to take the free case evaluation below.
<