The Strangest Ways Asbestos Has Been Used

Most people have heard of asbestos and know that it’s a dangerous material that was commonly used in building and construction in the past. You may have even been advised of its existence and/or removal in your office building or your child’s school. If your home is older, it’s likely you even have asbestos in your home. The mineral isn’t typically dangerous unless it’s disturbed. That’s why it’s important to take care when doing renovations on older homes.

If you or a loved one were diagnosed with ovarian cancer after using talcum powder, we can help you fight for your rights and compensation.

Here are nine of the strangest ways asbestos has been used:

1. Snow on the set of The Wizard of Oz 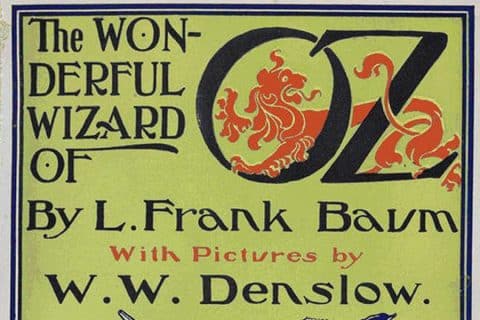 That’s right when Dorothy woke up under a blanket of snow, she and her co-stars were exposed to large amounts of asbestos. In the past, asbestos was commonly used for fake snow because of its fire-resistant quality. When people lit candles in their Christmas displays, they didn’t have to worry about their fake snow bursting into flames. The Wizard of Oz wasn’t the only movie to use asbestos, either. Many movies filmed during that time used asbestos as a realistic-looking snow substitute.

Unfortunately, many children have been exposed to asbestos through the crayons they color with. Asbestos itself wasn’t the intended ingredient in most crayons, but talc was. Talc is often used to make products silky and smooth, but in the case of crayons and other products, such as baby powder, the talc was contaminated with asbestos. As recently as 2018, crayons were found to be contaminated with asbestos. 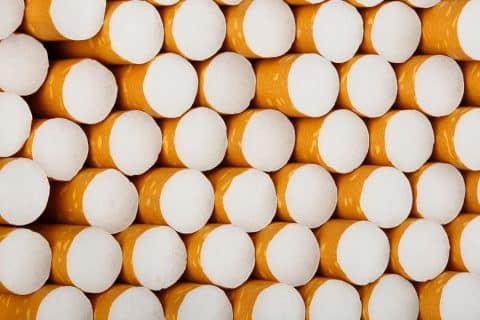 That’s right, in addition to the inherent dangers of smoking, cigarettes themselves included an added carcinogen in the 1950s. Manufacturers added asbestos to cigarette filters because the fibers of the mineral could help filter out small particles.

Way back in the 700s (long before we knew of the dangers of asbestos), Emperor Charlemagne was said to have had a magic tablecloth that couldn’t catch on fire. When his feasts were over, he threw the tablecloth into the fire, only to have it perfectly clean. The crumbs from the meal burned away while the tablecloth remained. His trick: his tablecloth contained asbestos, which is extremely fire-resistant. Of course, we know today, his tablecloth likely didn’t catch fire because it was full of asbestos, but the people of the time were convinced he had magical powers.

When World War II ended, surgeons began using surgical thread made of asbestos. The thread was used for stitches during routine surgeries as well as to stitch up wounds. The fibers in asbestos create strong and flexible materials, so it’s no wonder it was a preferred material for many doctors.

In the past, asbestos was used in both shoes and insoles. Shoes made of asbestos were said to reduce bunions, remove callouses, and improve foot smell. Manufacturers also claimed they reduced inflammation. Like many other asbestos products, they were touted for being fireproof, too.

Once again, asbestos was used for its fire resistant qualities, this time in hair dryers. Many hair dryers in the past were insulated with asbestos, which may have prevented fires caused by hair dryers but also may have caused damage to the lungs of those who used them as well as people who worked in hair salons.

Most asbestos-containing hair dryers were the kind with the big dome you’ll find in a hair salon. It’s possible the mineral was in handheld home hair dryers as well, but its use was not as common in smaller models. 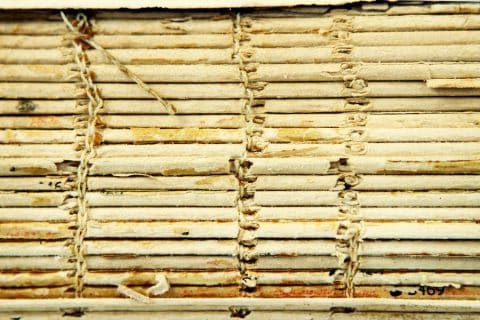 Gas masks produced in Britain in the mid-1900s that were used to filter out dangerous gasses contained asbestos. Many of these masks were used during World War II. In the past, schools and educational facilities had these masks displayed for educational purposes, but they have since been removed from most locations.

What is Asbestos and Why is it Dangerous?

Clearly, asbestos has been widely used in the past, but its use has not been without dire consequence. Asbestos is a group of minerals found naturally in the earth. It’s strong, fireproof, and resistant to corrosion, which made it ideal as a building material.

However, time and research has shown us that asbestos is incredibly dangerous and carcinogenic to humans. When asbestos is disturbed, it disperses small fibers. If you breathe those in, you may develop scar tissue in your lungs, and exposure can eventually lead to lung cancer, mesothelioma, and asbestosis.

Perhaps one of the most well-known products to contain asbestos was baby powder. In the past, the product was often made with talc, which is naturally found very close to asbestos. Because of this, many lots of baby powder have been found to be contaminated with asbestos.

"When asbestos is disturbed, it disperses small fibers. If you breathe those in, you may develop scar tissue in your lungs, and exposure can eventually lead to lung cancer, mesothelioma, and asbestosis."

The difference between asbestos products of the past and baby powder is that regular asbestos use was banned in many products in 1989. Johnson & Johnson’ Baby powder, however, was found to contain asbestos as recently as 2019. Many people who have developed cancers and other conditions they believe to be caused by asbestos have since filed lawsuits against Johnson & Johnson. If you believe you have been negatively affected by using baby powder containing asbestos, talk to a lawyer today to learn about ways you can seek justice.

If you or a loved one were diagnosed with ovarian cancer after using talcum powder, we can help you fight for your rights and compensation.

Despite the risks of talc, many companies continue to use the ingredient in their products.

Read More
What is Talc and What Does Asbestos Have to Do With It?
Alicia Betz

Asbestos and talc are not one and the same, but they are often found alongside each other in the earth.