How One Family Coped With Ovarian Cancer

No cancer diagnosis is easy, but ovarian cancer can be especially devastating - often, when you catch it, it’s already at an advanced stage. Only 20% of ovarian cancer patients catch it early, when they have over a 90% chance of a full recovery.

But most often, patients don’t feel symptoms until the cancer has advanced to Stage III or Stage IV, when the cancer has progressed beyond the ovaries. At this point, patients require both surgery and radiation therapy.

Patients with Stage III cancer have a 36% chance of survival beyond 5 years. Those odds drop to 18% with Stage IV cancer. 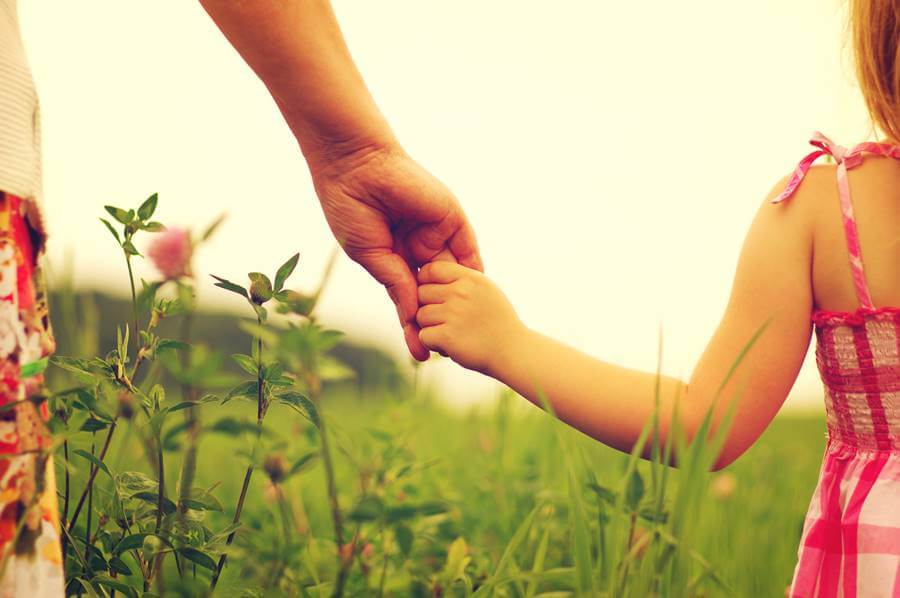 A Passion To Live

It’s hard to imagine how you would feel if your mother received a Stage IV ovarian cancer diagnosis. Ellen Suarez was only a toddler when her mother, Joanne Nolan, was first diagnosed. She remembers her older siblings as "more frustrated than worried. None of us understood how serious it was, and how very sick she was.

It was probably for the best that Ellen didn’t fully comprehend the gravity of the situation. Because her mother’s cancer was so advanced, her doctor immediately scheduled her for a full hysterectomy.

Like many patients, Joanne didn’t realize she was sick until a painful, bloated feeling in her abdomen made her think she might be pregnant again. She felt some initial relief that it wasn’t the cause, followed by a strong sense of simply not having enough time for her illness. With five children, she was too busy to be sick, Ellen says.

We all know the survival statistics. The thing is, they are just numbers...they were not MY numbers

And yet, Joanne lived with her diagnosis for 36 years, passing away in 2010, at the age of 72. In her twilight years, Joanne wrote an autobiography called A Passion to Live: One Woman’s Journey to Overcome Ovarian Cancer.

In it, Joanne remembers how helpful she found it that her inner circle didn’t focus on the statistics. "In my case, no one - family, friends, or even medical personnel - spoke of statistics. No one suggested any change of lifestyle because I might not be around very long. There was never a whisper of negativity. We all know the survival statistics. The thing is, they are just numbers. Predictions about how much longer a person might live are numbers gleaned from other people  - they were not MY numbers.”

Throughout her illness, Joanne had a robust support system. Even her youngest child pitched in to help. When Joanne first came back from the hospital, three-year-old Ellen would remind her to empty her catheter bags, which became one of Joanne’s favorite stories.

She also had support from her parents, who lived next door. But as is so often the case with close family, their help didn’t come without its drawbacks. Ellen recalls of her grandparents, “They were a comfort, and also exhausting to my mother. My grandmother was a tough old Swede who demanded a clean house and good posture - cancer or not.” Posture was especially hard for Joanne, due to the post-surgical scars that made her instinctively curl over her abdomen. 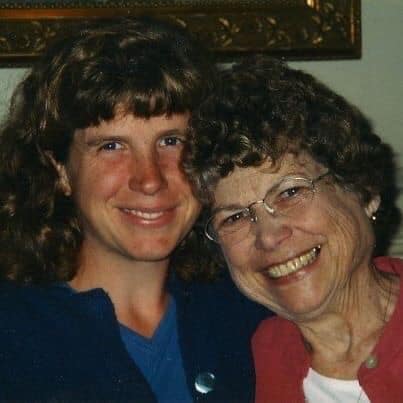 Ellen Suarez and Her Mother Joanne in 2003

In spite of her suffering Joanne maintained her independence for many years. “When I graduated from college in 1993 I thought, “Well, she lived long enough to see her youngest finish college, I may lose her any day now.” Ellen says. “Every time my stepfather called I was afraid he would have horrible news.” But Joanne just kept going. “Mom did so well for so long. I didn't have much to worry about until the 1990s. That's when she seemed to start fading. She couldn't keep any weight on, her digestive problems became much worse, and she fell and broke her wrists a few times.”

Joanne had developed osteoporosis, a side effect of her cancer treatments. At that point, Ellen says she “Finally realized how serious her situation had been. I grew up with this fact that ‘Mom had cancer’ but she seemed to handle everything so well - she was so strong.”

Because ovarian cancer is often diagnosed at a later stage, when patients need chemotherapy, patients often have to enlist their relatives as caretakers. When Joanne finally needed help, Ellen was up to the challenge. “Just after she moved to Tucson in 2001, she fell and broke her hip. I had the absolute pleasure to visit and care for her for a couple of weeks.”

Where to Find Help

Ellen and her mother had an especially positive experience, but cancer forums overflow with stories about the darker side of family caregiving, and the cloud of anxiety that can envelop a family.

Today, children of women suffering from ovarian cancer can find an abundance of resources to help them talk to people in similar situations. It’s normal for caregivers to bear the brunt of the anxiety surrounding a family member’s diagnosis. Many caregivers report dissatisfaction with help provided by healthcare providers, and a significant number also felt they didn't have enough information about what their loved ones would need.

Counselor Linda Waters has researched the effect of cancer on mental health, inspired by her own brother’s struggle with Non-Hodgkins Lymphoma. She says, “Many people with cancer report depression, anxiety, and even PTSD interwoven into their cancer experience. They also report their mental health and counseling needs were unaddressed during cancer treatment, and that those needs remain after treatment ends.”

Select Justice is proud to be assisting Lind Waters with her Doctoral research project on female reproductive cancer and counseling. She is looking for participants

Learn more about her project and how to participate

It’s not always easy to find the help you need, but there are several good places to start. There are an abundance of online resources.

Reddit has the subreddits OvarianCancer, as well as CancerFamilySupport. Family members of cancer patients can also find sites tailored specifically to caregivers, including Help for Cancer Caregivers, Stronger Together, Cancer Care, Family Caregiver Alliance, and My Cancer Circle  - to name just a handful.

Caregivers need to look out for signs of emotional burnout, especially for family members who feel like they’re doing everything on their own, or who have to provide support from a long distance.

Joanne took care of herself by not worrying over the statistics. She also never lost sleep wondering where her cancer had come from, even though the culprit may have been in her medicine cabinet all along.

Ellen says, "I remember she always had a powder container in her dressing room with a little powder puff. She used her powder every day, and even continued to use it after her diagnosis. She was so concerned with covering the smell of being a woman." This adds up, since there is strong evidence linking talcum powder to ovarian cancer, and preying on the insecurity of women concerned with odour was one of Johnson & Johnson's marketing tactics.

But when this news reached Joanne, Ellen recalls her incredulous reaction: “Now they're saying that powder causes cancer - I don't believe it.” Of course, it’s impossible to deduce the cause of Joanne’s cancer in retrospect, but for those familiar with the correlation, it’s unsurprising that she was such a regular user.

But Ellen doesn’t get bogged down by what might have been. Instead, she focuses on honoring her mother’s memory. “I just miss her so very much”, she says. “She was so incredibly strong, kind, and loving - even when she felt horrible.” In turn, Joanne credited her strength to the women in her life, saying:

I firmly know in my heart that it is not Atlas who holds up the world, but women - one woman at a time until one she needs a rest, and then another steps in to carry the load.

We at Select Justice are inspired by people like Joanne who had such strength and wisdom during her battle with Ovarian Cancer. This kind of inspiration pushed us to create our New Scholarship.

Select Justice’s new Scholarship Program is an opportunity for women and their families affected by ovarian cancer to have renewed opportunities that helps to advance them in their next steps.

Learn How You Can Apply

Johnson & Johnson is embroiled in an overwhelming number of ovarian cancer talcum powder lawsuits related to its talc-based baby powder.

Bladder issues — they’re cumbersome and interfere with your everyday life. Whether out shopping for groceries or socializing with friends, people with urinary problems find themselves searching for the bathroom or preparing themselves with pads and adult briefs.