Why Is Asbestos Not Banned In America?

Select Justice » Personal Injury Support » Why Is Asbestos Not Banned In America?

Asbestos is a mineral fiber found in naturally occurring deposits around the world. Reasonably cheap to procure, asbestos is flame-retardant and water-resistant.

Throw in the fact that it’s exceptionally durable, and you have the right recipe for a material with a wide range of applications. All of these properties made asbestos a highly desirable commodity in the building and construction industry.

According to the Environmental Protection Agency, asbestos is commonly found in:

Where is Asbestos Found Today

Today, most people tend to come into contact with asbestos when they are doing home repairs, remodelling, demolition, and the like. However, exposure to asbestos is also a frequent occurrence for those who work in other industries, including (but not limited to) home repairs and construction.

In the event of potential exposure, employers are required to take the necessary precautions to safeguard their workers (up to an including proper training and PPE). Failure to do so could potentially leave them open to lawsuits on the grounds of negligence should those employees develop long-term health issues due to asbestos exposure.

Truth be told, it is up to employers to fully understand the health risks of their worksites and the materials they handle because asbestos exposure occurs the moment the material containing asbestos is damaged or disturbed. 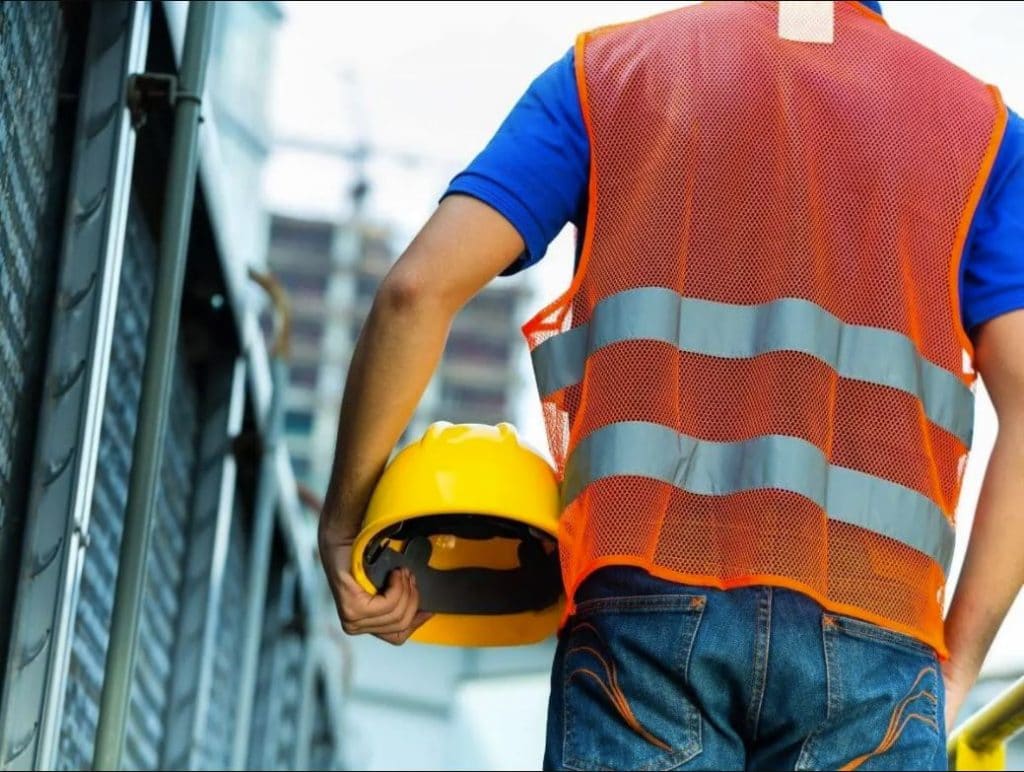 Asbestos can be dangerous because once disturbed, the microscopic fibers can linger in the air for days. Without the proper PPE, these fibers can be inhaled, where they will eventually make their way into the lungs. Asbestos fibers embedded in the lungs can lead to an increased risk of serious illnesses such as:

While these are the most well-known illnesses associated with exposure to asbestos, there are many others, including:

What’s interesting about asbestos is there are no outward signs or symptoms to indicate exposure. There is no irritation to mucus membranes (nose or throat irritation) and no physical signs like itching, redness, or inflammation. In fact, any symptoms of disease stemming from exposure to asbestos can take years to present themselves.

It is estimated that asbestos kills approximately 12,000 -15,000 people every year and sickens countless others.

According to a study published by the National Center for Biotechnology Information (NCBI), “The majority of asbestos-related deaths other than those caused by mesothelioma are due to lung cancer (≈60%) and asbestosis (≈10%), with additional deaths due to cancers of the larynx, ovary, and complications of asbestos-related non-malignant respiratory diseases.” 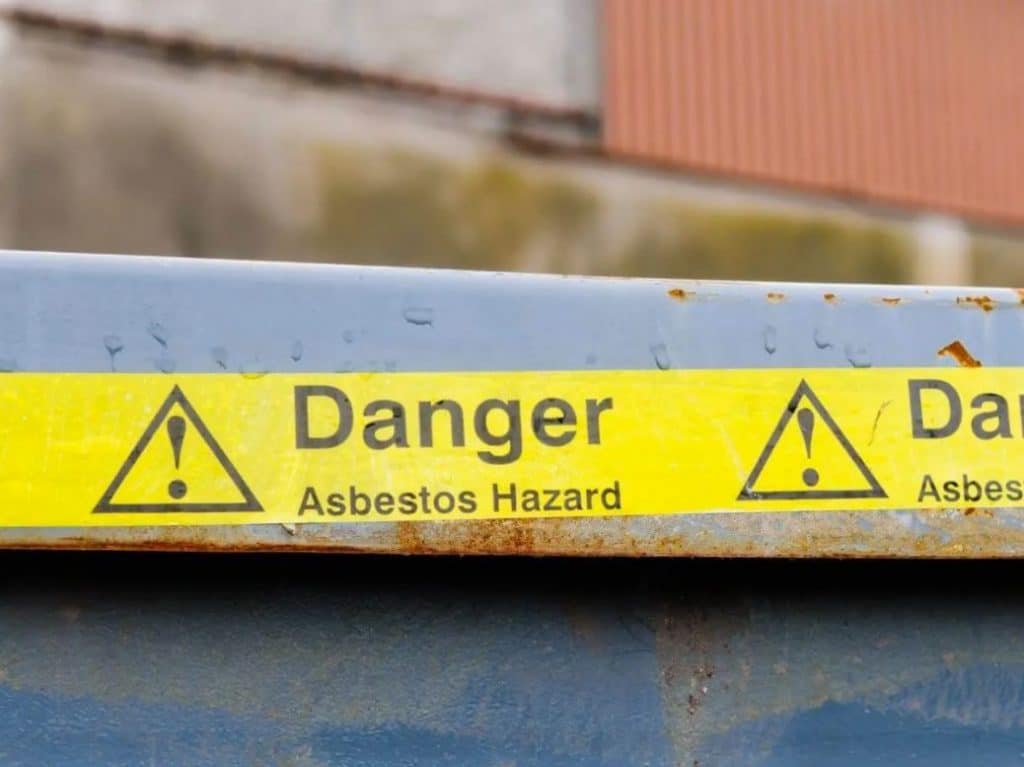 Why Is Asbestos Not Banned In America?

While its use has declined significantly, dropping from an estimated 803,000 tons at its height in 1973, to just a few hundred tons today, asbestos is still not banned in the United States.

Iceland was the first to lead the charge and ban asbestos in 1983, since then 55 countries worldwide have wholly banned asbestos. China, Russia, India, Canada, and the United States, have yet to do so. Oddly enough, while asbestos was proven to be carcinogenic as far back as the 1970s, the progress on banning the use of asbestos in its entirety had ebbed and flowed over the years.

In 1972 OSHA issued an occupational standard for asbestos, which was a great leap forward. However, the biggest win in the battle against asbestos may have come in 1973 when the EPA established the regulations for National Emission Standards for Hazardous Air Pollutants (NESHAP). NESHAP is a federal law that outlined much-needed regulations for asbestos management, to include proper handling, labeling, and disposal.

By 1989, in spite of objections and much ado from the asbestos industry, the EPA made even more progress when it instituted a partial ban on the “manufacture, importation, or processing” of products containing asbestos.” under the Asbestos Ban and Phase-Out Rule. However, any excitement over this would be short-lived.

In 1991, in the case of Corrosion Proof Fittings v. the Environmental Protection Agency, the U.S. Court of Appeals for the Fifth Circuit, threw out large portions of the EPA regulation, citing that the EPA failed to prove that a full ban on asbestos is not the “least burdensome alternative” for protecting the public against exposure.

Notable Names In The Fight To Ban Asbestos

Over the years, a few people actively led the charge with research and proposed legislation to have asbestos banned in the U.S.

Dr. Irving J. Selikoff - In the 1960’s Dr. Irving J. Selikoff conclusively linked asbestos with long-term health effects including mesothelioma and lung cancer. Essentially, Selikoff provided the “smoking gun” that would influence legislation regarding asbestos. While legislation completely banning asbestos in the U.S. has yet to be passed, there’s no doubt Selikoff’s discovery holds plenty of weight in any discussion of banning the carcinogen.

State Sen. Patty Murray, D-Wash - In 2002, Senator Patty Murray introduced the Ban Asbestos In America Act (also known as the Murray Bill), which was aimed at a total ban on asbestos in the United States. The bill passed the Senate in 2007 but never made it passed The House Of Representatives.

Can You Take Action For Asbestos-Related Injuries?

The short answer to whether or not you can take action for asbestos-related injuries is, yes. However, the one caveat is that each state has its own statute of limitations for filing such claims, and the clock starts ticking the day you receive your diagnosis.

To take action, contact us today by filling out this short form. We can get you started quickly and easily. We will provide you with a free consultation answering any questions you may have and tell you the best way to move forward in seeking justice and gaining compensation.

The Dark History of the Boy Scouts
Common Types of Maritime Injuries
COVID-19 Put A Spotlight On Nursing Home Abuse. What Do We Do Now?