The Latest Developments In Parkinson’s Treatment: What Patients and Caregivers Need To Know

Select Justice » Paraquat » The Latest Developments In Parkinson’s Treatment: What Patients and Caregivers Need To Know

It’s devastating to watch a loved one live with Parkinson’s disease. The progressive condition doesn’t just affect the person with the diagnosis — it’s also hard on caregivers, who are often forced to make difficult decisions on how to care for their loved one.

Medications for Parkinson’s can significantly help the motor issues associated with the disease. Current Parkinson’s treatments only fight symptoms, however — they do nothing to stop the progression of the disease, which is caused by a loss of neurons.

Parkinson’s disease research can be devastatingly slow. To speed treatment research, the Coalition Against Major Diseases (CAMD) has created a data-sharing partnership between non-profits, pharmaceutical companies, and government organizations to spearhead Parkinson’s research in the most efficient way possible.

Here, we’ll explore the latest treatments for Parkinson’s disease, as well as the treatment advancements that are likely to be made in the coming years. 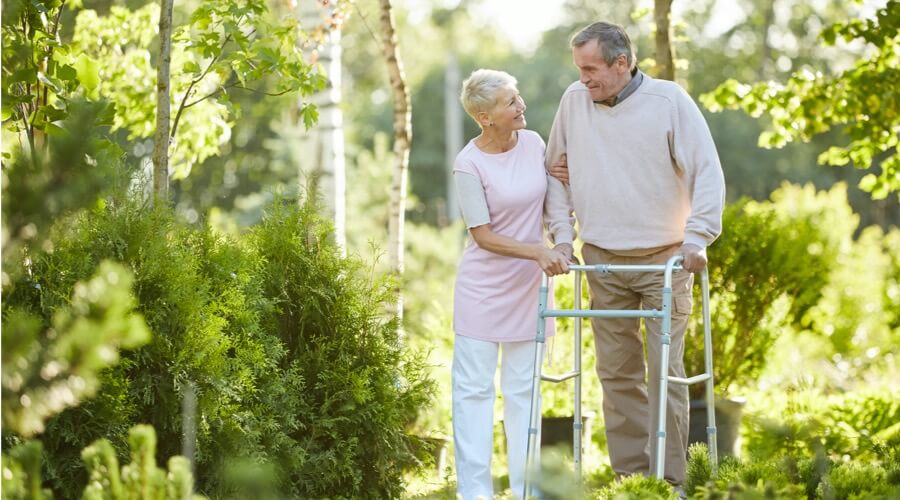 Lifestyle changes can be an important part of the treatment of Parkinson’s disease. People with Parkinson’s have low dopamine levels, and there are several ways to boost these levels naturally.

Lifestyle changes that may be recommended for people with Parkinson’s disease include:

Many people living with Parkinson’s find that medication can provide significant symptom relief. For some people, symptoms tend to come back over time, and medication might not work as well as when they started taking it.

It’s important for Parkinson’s patients and their caregivers to monitor their behavior closely when starting or changing medications. Many Parkinson’s medications can cause unusual behavior and hallucinations. It can take some trial and error for care providers to find the right balance of medications for each patient.

Surgical interventions are also an option for some Parkinson’s patients. Deep brain stimulation works by inserting electrodes into the brain. These electrodes are connected to a generator implanted in the chest, which sends electrical impulses to the electrodes. For some patients, this treatment can reduce Parkinson’s symptoms.

Cell therapy is a new approach to Parkinson’s disease currently under research. Cell therapy works to culture healthy cells that are transferred to the body to replace cells damaged by disease. Most cells in the body have a particular role. Stem cells are special cells that have not yet been differentiated and can develop into any type of cell in the body. Trials are currently underway to replace damaged neurons with healthy stem cells. This treatment holds promise for both those with beginning and late stages of Parkinson’s disease.

DNA tells cells how to behave — and gene therapy works to change the DNA inside disease-carrying cells. One type of gene therapy is to place a healthy gene inside a virus that is given to a patient affected by a disease. This new approach looks promising for people who have neurological conditions like Parkinson’s and Alzheimer’s, but more research needs to be done.

When a loved one is living with Parkinson’s, it’s natural to wonder what caused the disease to take root. Although most cases of Parkison's have an unknown cause, a very small percent of cases can be hereditary (although very rare). Some studies have linked long-term exposure to pesticides, including one called paraquat, with an increased likelihood of the development of Alzheimer’s and Parkinson’s disease.

The pesticide was first introduced in the United States in the 1950s and is still used commonly by licensed users today. If you think that your loved one who has been diagnosed with Parkinson’s may have been exposed to paraquat, it’s important that you work with a lawyer to learn whether you may be eligible for compensation. Caring for a loved one with Parkinson’s can be costly and time-consuming, especially in the later stages when your loved one requires around-the-clock care. Financial compensation can make it easier to provide your loved one with the care they deserve throughout the progression of the disease.

We’re here to help you decide what to do next after you find out that paraquat exposure may be responsible for the development of Parkinson’s disease in your loved one. Reach out to us today for a free case review.