It’s well known that pesticides and herbicides harm weeds and pests. It’s also becoming widely known that more and more evidence points to herbicides that harm humans. So, it’s not surprising that there is emerging evidence that these chemicals harm soil organisms as well.

We don’t often stop to think about soil and how important it is to our everyday life. It’s essential to grow the food we rely on to live and the green spaces we depend on to produce oxygen. In order to have healthy soil, we need healthy soil organisms. Lately, it seems that herbicides and pesticides are making it harder for these organisms to thrive. Surprisingly, there is a lot more going on under your feet when you walk through a field or go for a hike than you might think.

According to a review article in the journal Frontiers in Environmental Science, pesticide exposure negatively impacts soil invertebrates such as worms, centipedes, and bumble bees. Why is this a problem? These small organisms that live in or near the ground play a huge role in soil health, and healthy soil invariably leads to healthy and thriving crops.

When regulators, manufacturers, and third parties test pesticides, herbicides, and other chemicals, these small organisms are often overlooked, and tests rarely—if ever—examine how these chemicals may harm worms, beetles, and other organisms. In the United States, tests on the effects of herbicides and pesticides are routinely done on honey bees but not on other vital soil organisms. Honey bees are an undoubtedly important organism, but they’re far from the only ones that have impacts on soil and healthy ecosystems.

The review looked at close to 400 different studies and examined endpoints such as mortality, reproduction, and structural changes. One of the hardest hit and most concerning areas was reproduction, which was negatively affected in almost every organism in the review.

The study also discussed the indirect effects that the harm to soil organisms can cause on the environment. The authors suggest that harm to organisms could lead to dysfunction in the ecosystem and decreased crop yield, for example. “These findings indicate that a wide variety of soil-dwelling invertebrates display sensitivity to pesticides of all types and support the need for pesticide regulatory agencies to account for the risks that pesticides pose to soil invertebrates and soil ecosystems,” the review noted.

Many scientists even equate the crisis of soil degradation to the climate crisis. These two crises are intricately linked. The more we degrade the soil, the more harm we do to plants, which hold carbon and release oxygen. Soil takes thousands of years to form, so this isn’t a problem that can be fixed overnight with soil regeneration but just like the climate crisis, it is a process that can be slowed with proper regulation and changes in standard practice.

Glyphosate was one of the first and most prominent herbicides to come under fire. Ever since the chemical was named a probable carcinogen in 2015, many people have been looking for healthier weed-killing alternatives. Nonetheless, many farms still use chemicals like glyphosate and paraquat.

If these chemicals have such a strong effect on humans, how much more might they affect the animals and microorganisms that live in the very soil where these chemicals are sprayed? According to this new review, the answer might be much, much more.

Herbicides and pesticides are used to protect crops, but at what cost? If the organisms that are vital to soil health are slowly being destroyed, the harmful effects of these chemicals could eventually outweigh the benefits.

According to the U.S. Department of Agriculture, there are millions of species of organisms that live in the soil. When we protect the health of these organisms, we in turn protect the soil, which leads to healthier crops and eventually, a healthier environment. 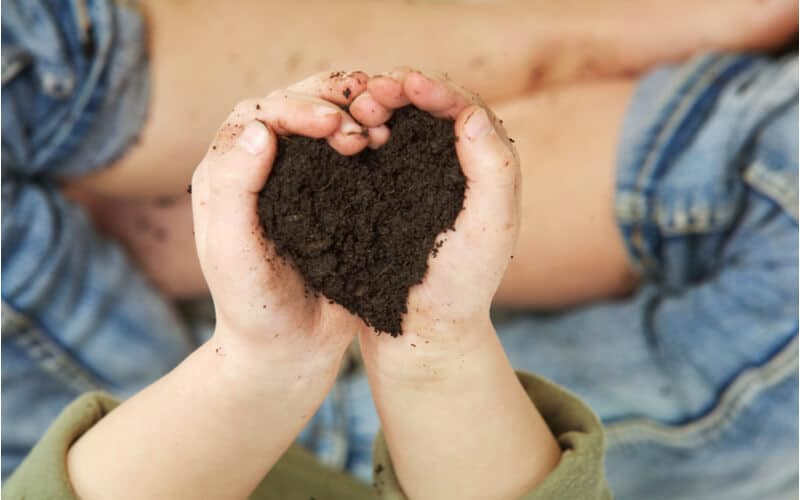 Lawsuits are mounting against glyphosate and paraquat—two of the herbicides that have received the most criticism for harm to humans. Thousands of people attribute their cancer and Parkinson’s Disease to using or being near these herbicides.

In the closing remarks of the study, the authors said, “This review presents extensive evidence that pesticides pose a serious threat to soil invertebrates and the essential ecosystem services that they provide.” As the world works to slow climate change and live in harmony with Mother Nature, this stark warning needs to be taken seriously if we want to see progress and change.

Common and Rare Side Effects & Warnings of Nilotinib
Atherosclerosis: Symptoms and Causes
Lifestyle Changes May Be the Future of Heartburn Relief