How to Talk to Your Kids About Vaping

Since their introduction into U.S. markets in 2007, E-cigarettes have managed to become one of the biggest public health issues of our time. From 2011-2015, E-cigarette usage went up by a whopping 900% among middle and high school students, making it the most commonly used tobacco product for that age group.

By 2018, research showed that an estimated 3.6 million high school students were using e-cigarettes, and that  prompted the U.S. Surgeon General, to issue an advisory warning to parents and label it an epidemic.

The Health Dangers Of Vaping

Vaping is particularly concerning among adolescents because of nicotine’s harmful effects on the brain (which continues to develop until the age of 25). Moreover, nicotine is largely viewed as a gateway drug, and early exposure to nicotine may increase the risk of future addiction to harder drugs.

While marketing efforts around vaping initially tried to claim that it was simply inhaling water, this claim is far from accurate. Not only can users inhale actual nicotine, but the aerosols produced by these devices also contain heavy metals, volatile organic compounds, and ultrafine particles that can and will make their way into the lungs.

In recent years, health officials have documented a rise in lung infections, hospitalizations, and subsequent deaths related to vaping. First recognized by the CDC in August 2019, this condition is known as EVALI (an acronym for e-cigarette or vaping product use-associated lung injury). Patients affected by EVALI experience a wide range of symptoms, including coughing, chest pain, and shortness of breath, fatigue, vomiting, diarrhea, weight loss, and fever. In severe cases, EVALI causes the lungs to stop functioning altogether.

And while health officials have yet to isolate any one ingredient responsible for EVALI, they still continue to sound the alarms, warning parents against the dangers of vaping.

"I am officially declaring e-cigarette use among youth an epidemic in the United States. Now is the time to take action. We need to protect our young people from all tobacco products, including e-cigarettes."

Juul And Its Popularity

Juul essentially works like other e-cigarettes and vaping devices, however, its design features are what set it apart.

One of Juul’s “most attractive” features (and a large part of its success) is its discreet appearance. Designed to look like a sleek flash drive, Juul can be easily concealed, or even hidden in plain sight (and perhaps forgotten in a pocket from time to time). The popularity of Juul has even prompted other e-cigarette manufacturers to create vaping products that look like watches, pens, or other run-of-the-mill objects.

Moreover, Juul operates discreetly as well, it does not create a plume of smoke like other e-cigarettes, (or foul-smelling smoke like traditional cigarettes). In fact, the sweet fruity flavor options can be quite deceiving. If you don’t know what you’re looking for, you’re none the wiser.

Pair the discreet design with fruity flavor options (both of which continue to drive its popularity), and Juul seems to have perfected the recipe for getting the next generation hooked on e-cigarettes and nicotine.

How To Tell If Your Child Is Vaping

Teenagers are secretive as it is, and figuring out what’s going on in their lives from one day to the next is difficult enough. So how can parents tell if their teen is vaping?

Here are a few tell-tale signs that your child may be vaping:

How To Talk To Your Kids About Vaping

Try to refrain from turning the conversation into a big deal. Scheduling a talk like this into a family meeting will only ensure that everyone comes to the table on the defensive. Instead, look for a natural way to start the conversation. Perhaps you can try to make a casual segue when you see someone vaping or smoking (TV, movies, and advertisements might be helpful here).

Remember that your talk is supposed to be a conversation not a lecture. Your child will immediately sniff out if you’re not being receptive and gearing for a sermon instead.

Approach the conversation with an open mind and be prepared to hear things that may surprise or anger you (i.e. “I’ve tried vaping” or “my friends have done it”). If you do come up against these types of confessions, do your best not to react. If your child gets any sense of criticism or punishment coming their way, they may clam up, and all bets will be off.

Make sure that your child understands your stance on vaping, and talk to them about what they should do if they are ever offered an e-cigarette. More often than not, kids will participate in objectionable behaviors because they don’t know what else to do. There’s a higher probability of them walking away from those types of situations if they have a blueprint for handling them.

If you choose to establish consequences, be clear about what they are, and perhaps most importantly, be sure to follow through.

Before you attempt to talk to your child about vaping, be sure to educate yourself so that when questions pop up (and they always do), you’ll be ready with accurate information.

Some of the questions that could pop up include:

When you talk to your child about vaping, it’s not a one and done kind of conversation. If your child is reluctant to talk, you may have to revisit the topic at a more opportune time. On the other hand, if your child chooses to open up, you’ll want to keep the doors of communication open, should they have questions further down the line.

Like everything else in the life of a parent, it cannot be a “do as I say and not as I do” type of situation. If you do not want your child to vape (or smoke), it is imperative that you lead the way and lead by example. 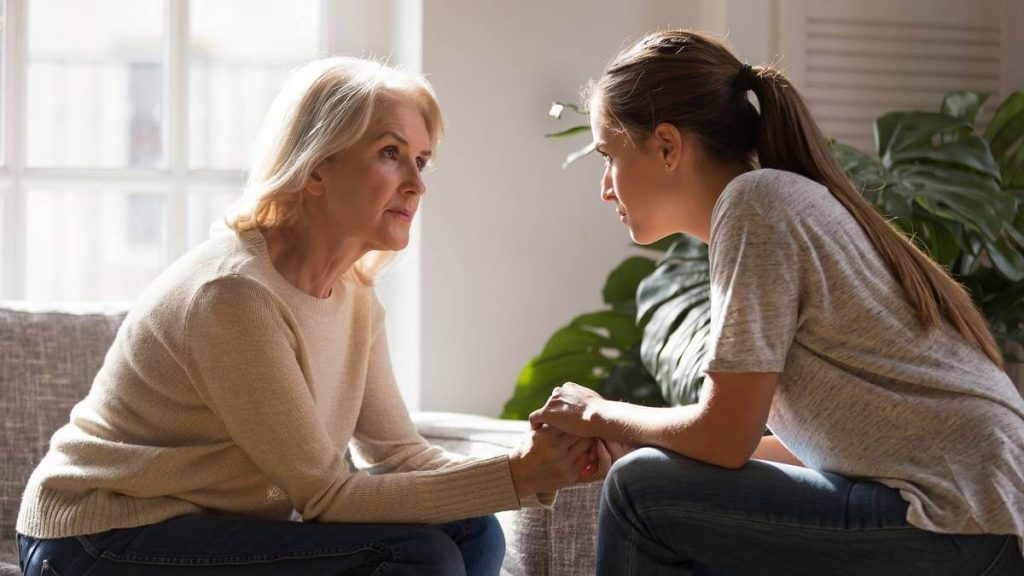 After examining over 50,000 internal documents from Juul Labs Inc, The Senate Subcommittee on Economic and Consumer Policy found that Juul intentionally marketed their products to teenagers and children as young as 8 years old. Moreover, the documents obtained by the Senate Subcommittee showed that Juul Representatives blatantly told high school students that the product was totally safe.

In light of the vaping epidemic among teens, Juul’s heavy-handed marketing toward minors, and children as young as 15 dying from EVALI, parents have now banded together to fight back.

The first lawsuit against Juul was filed in a California Federal Court in October 2019, since then, hundreds more have been filed throughout the country.

As of February 2020, approximately 331 Juul lawsuits from around the country were pooled into one mass litigation in a San Francisco federal court.

Claims in the Juul Lawsuits include:

But it is not only parents and individuals who are taking action.

To date, nearly 100 school districts have decided to take vape companies to task filing lawsuits against Juul and its competitors.

Because schools are at the epicenter of the epidemic, they are essentially forced to divert their already strained resources into managing the fall out. Vaping detection systems, for example, can cost upwards of $40,000, paired with the need for more staff to monitor hallways and bathrooms, and the expenditure is pushing many school districts to their limit.

School districts across the country including, Missouri, Kansas, Arizona, New York, and California, are seeking to recoup the cost for counseling, prevention programs, and treatment for addicted students.

Moreover, nicotine addiction is not only harmful to individual students, it can also have a detrimental ripple effect on schools and their funding. In his Op-Ed for the Washington Post in January 2020, Austin Beutner, the superintendent of the Los Angeles Unified School District, explains how the vaping epidemic can hurt these schools for years to come.

“Students are becoming addicted to nicotine and other harmful substances and suffering serious health problems, losing days, weeks, and months of school. The loss of instructional time also means a loss of state funding, which is based on student attendance..."

When long-term funding for schools is at risk, it’s easy to see why school districts feel the need to pull out all the stops to fight back.

“... fewer dollars means fewer teachers, nurses, counselors, and librarians in our schools, and we are diverting funding away from classroom instruction and spending it instead on counseling and on programs to inform students of the dangers of vaping.”

You or Your Child Harmed by JUUL?

If your child has developed a nicotine addiction or has otherwise been harmed after using Juul, you can take legal action and participate in these lawsuits. By participating in these lawsuits, you can potentially receive monetary compensation for the injuries sustained. Additionally, your voice could be added to the growing chorus of those seeking to initiate change.

If you or your child harmed by Juul, you may be entitled to compensation.

JUUL's Influence on the Youth Vaping Epidemic
Does Vaping Put You More at Risk for Covid-19?