What You Need to Know About the 3M Earplug Lawsuit

When you sign up to protect and serve the United States of America by enlisting in the Armed Forces, you inherently understand that there are risks involved. You may not come out unscathed, both physically and mentally. However, you don’t usually enlist with the thought that the very equipment designed to protect you could end up causing long term damage.

Unfortunately, that is what happened to thousands of veterans and active service members of the United States Military who are filing 3M Earplugs lawsuits. The protective equipment in question: 3M’s Combat Arms Earplug, Version 2. So far, over 140,000 soldiers have filed claims in a mass tort lawsuit that their hearing was damaged due to this defective product.

The Problem with 3M’s Combat Earplugs

Because tinnitus and hearing loss are the most common disabilities among veterans, it’s easy to think it’s just par for the course. Whether hearing loss is common or not, it’s not right, and there is action you can take if you used 3M’s Combat Earplugs, Version 2 as a member of the United States Armed Forces.

These earplugs, trusted by the military for 12 years, were dangerously defective. They often failed to create a proper seal in soldiers’ ears, allowing extremely loud sounds to slip right through. From 2003-2015, 3M sold these earplugs to the military, and when a judge recently released internal documents, it was revealed that the company was aware that these earplugs were defective.

The problem is that the earplugs were too short to properly fit in the ear canal, which could cause them to slightly shift once inserted. This shift was minimal, which is what made the defect so damaging. Soldiers couldn’t tell that they weren’t in place correctly, but the shift was enough to break the seal and allow extremely loud and damaging sounds to enter the ear. 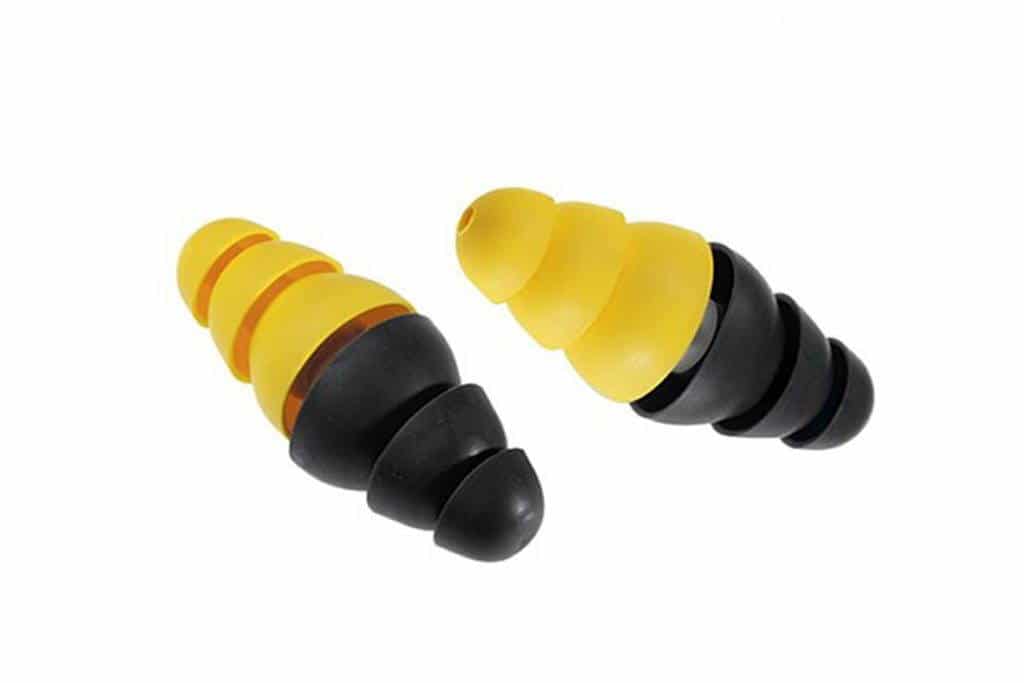 The earplugs were just defective enough to cause severe and widespread damage. While soldiers thought they were protecting their ears from extremely loud noises, such as those from explosions or aircraft machinery, they were unknowingly exposing themselves to these damaging sounds.

If you have hearing loss as a result of serving the United States of America in the military, you might be able to take action. Hearing loss might be common amongst veterans, but for some, there is the possibility that it could have been avoided if 3M hadn’t knowingly distributed a defective product.

Some of the effects veterans and current service members have experienced include hearing loss, tinnitus (ringing in the ear), and loss of balance. This type of damage can be maddening, and for many people, it greatly decreases their quality of life.

Some people report never being able to get peace and quiet due to tinnitus, while others agonize over not being able to hear their children. Because our hearing tends to get worse as we age regardless of damage, many service members who suffer from hearing loss or tinnitus find that their symptoms get worse, leaving them extremely frustrated.

This type of irreversible damage is not just physical. Over time, it takes a great mental and emotional toll as well.

3M knew they were selling a defective product to the U.S. Armed Forces

The internal documents from 3M that were recently released reveal that the company was well aware of the defects in the earplugs, yet they continued to sell them for 12 years. In fact, all the way back in 2000 (three years before they began selling the earplugs to the United States Military) 3M was aware the earplugs were faulty.

Rather than redesign the earplugs to fix the problem, 3M falsified certification to make it look like the earplugs were up to the military’s standards.

According to the documents, some of the test results and certifications 3M gave to the military were conducted when the wearer was using a modification to make the earplugs work properly. 3M did not tell the military that all wearers should use this modification; they only said it was for people with large ear canals. In reality, the earplugs shifted dangerously (yet imperceptibly to the wearer) in a large number of soldiers.

By using this modification during testing, 3M was able to make it seem like the earplugs provided optimal protection when they did not. This gross negligence of peddling a defective product coupled with the failure to inform the military about the needed modification is what caused harm to so many soldiers.

The main problem is that 3M sold a defective product to the military and that they did so knowingly; they failed to warn thousands of people that their hearing and quality of life could be negatively affected by using this product.

3M Settled With the U.S. Government

In 2018, 3M agreed to pay $9.1 million to the United States Government in a whistleblower lawsuit via the False Claims Act. However no money went to any single service man or woman as this suit was brought forth by the government.

Although 3M paid the $9.1 million, they did not admit wrongdoing. In a statement, they said that they settled because the lawsuit brought on by the government was a distraction to their business. Rather than admit wrongdoing and attempt to make it right, they attempted to pay the money to brush the issue under the rug, hoping it would go away.

Despite their efforts to make backlash from the defective earplugs go away, the whistleblower lawsuit brought the issue to the forefront for thousands of veterans and active service members.

Although 3M did not admit blame, one of the good things to come out of this lawsuit was that it galvanized service members to take action and seek justice. Before this lawsuit, it wasn’t as well known that these earplugs may have caused damage. Since it has been brought to light, thousands of soldiers have begun seeking justice. These lawsuits—to date over 140,000—were all combined into a mass tort case. 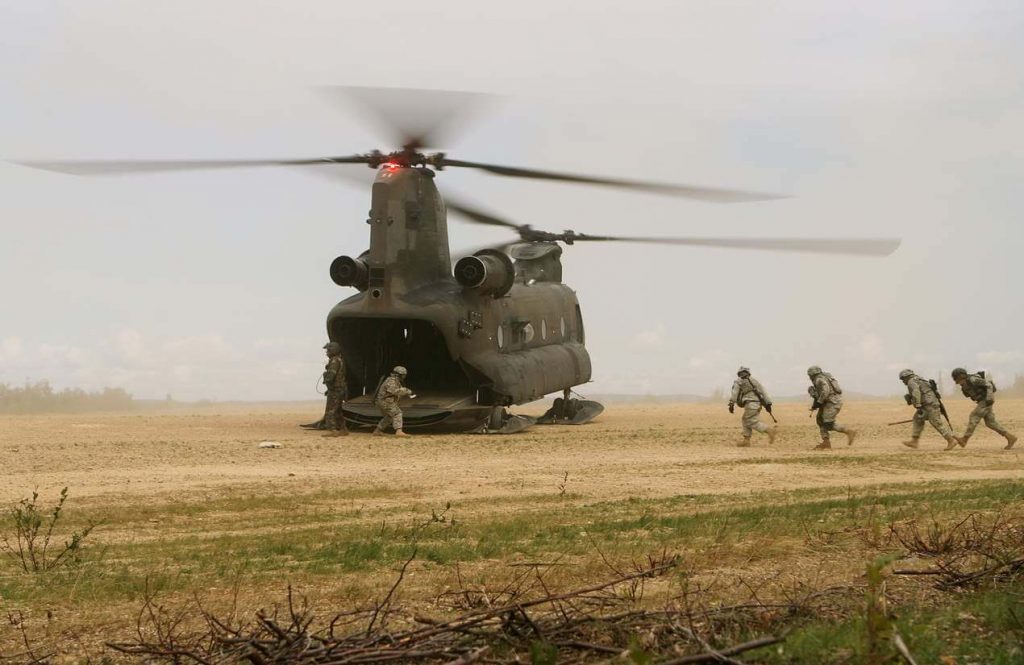 Service Members can Join the Lawsuit against 3M

Today, service members are seeking justice through mass tort lawsuits. The government lawsuit raised awareness and was a step in the right direction, but now it’s time for each service member who has been affected by these faulty earplugs to hold 3M accountable for their actions.

The problem isn’t just that the earplugs were defective, but that 3M knew they were defective, lied to the U.S. Military, and falsified documents to make them appear to be effective.

The $9.1 million awarded to the U.S. Government in this whistleblower lawsuit went directly to the government; the men and women who were actually harmed by the earplugs will never see any of that money.

What you can do now to hold them accountable and get compensation is file your own lawsuit against 3M and join the mass tort case. It’s important to realize and understand that this case is not against the United States government, nor is it against the military. This case is against 3M, the manufacturer of combat earplugs.

You don’t need to worry about your retirement nor your VA disability benefits; under 38 U.S.C. 1151, your disability benefits are only affected in the event of a settlement with the U.S. Government. Additionally, disability is not based on your income, so even if you are awarded a large sum of money, your benefits will not be affected.

If you have hearing loss as a result of serving the United States of America in the military, you might be able to take action. Hearing loss might be common amongst veterans, but for some, there is the possibility that it could have been avoided if 3M hadn’t knowingly distributed a defective product.

If you previously thought your hearing loss or tinnitus was an unavoidable part of being in the military, now is the time to stand up and take action. If you believe you or a loved one have been affected by 3M’s gross negligence with their Combat Earplugs, Version 2, you can find more information about the lawsuit here.

The damage behind the 3M Lawsuit is becoming a public health problem, as more and more veterans are reporting hearing loss and associated conditions.

Government contractors need to work toward keeping our service members safe. When our spouses are risking their lives to keep the country safe, they shouldn’t have to worry about the performance of government-issued equipment.

For those affected by the faulty 3M earplugs, the long anticipated trials are beginning. The lawsuits claim that these devices failed to adequately protect soldiers’ ears.