Between 2003 and 2015, the United States Military distributed 3M earplugs (model CAEv2) to servicemen and servicewomen serving in combat zones, including Iraq and Afghanistan. Today, nearly a quarter of a million service members who used the earplugs struggle with hearing loss related to their time in combat. The earplugs were faulty. 3M knew that a design defect caused the earplugs to come loose, and attempted to create a quick fix solution that didn’t actually solve the problem.

The resulting lawsuit is shaping up to be the largest consumer mass tort case of all time, beating out cases against Roundup and prescription painkillers. Service members allege that 3M’s faulty earplugs caused the hearing loss they struggle with today, and the mass tort suit is working to provide them with the compensation they deserve for what is likely to be a lifetime of damaged hearing. 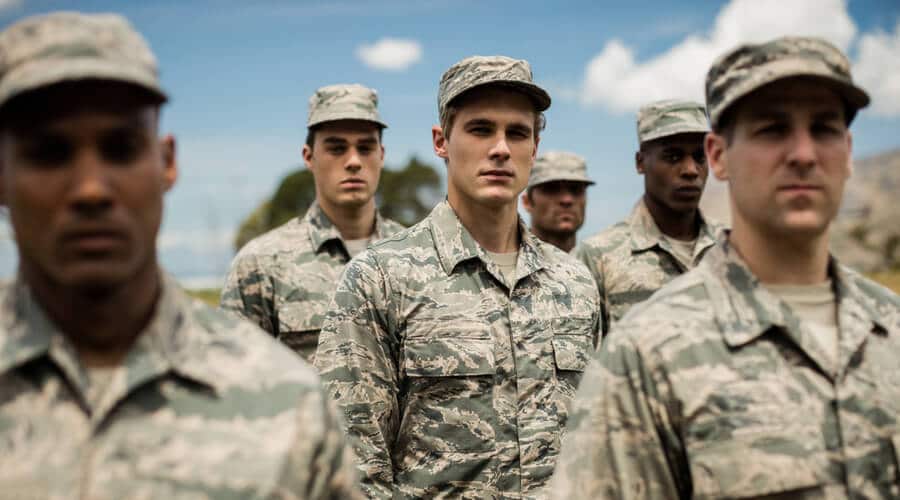 3M’s Irresponsibility: Why It Matters

3M bought Aearo Technologies, the original manufacturer of the earplugs, in 2007 for $1.2 billion. The mass tort case alleges that 3M knew that Aearo’s earplugs were defective, as the earplugs came loose for no reason, leaving ears vulnerable to loud noises. According to the lawsuit, 3M created a quick fix for the problem that allowed them to secure a long-term contract with the U.S. government.

3M failed to warn the military of the defect, and servicemembers experienced both tinnitus (ringing in the ears) and hearing loss after using the earplugs in combat zones.

The suit alleges that 3M knew that the earplug use instructions wouldn't provide maximum protection. During a deposition, Timothy McNamara, 3M’s U.S. Midwest sales manager, was asked whether soldiers should have been informed that the way they needed to use the earplugs to achieve a high noise reduction level was different from the provided instructions. He didn’t “believe so.” McNamara visited military bases often and stated that he didn’t share how to use the earplugs.

This mass tort case matters for several reasons: 3M needs to take responsibility for their wrongdoing, and provide compensation for service members who will now experience lifelong hearing loss due to their negligence. Also, this case sets a precedent for future companies that work with the military. The health of service members, not a company’s profit, needs to be top priority.

For military spouses like me, each day can be a surprise. We don’t always know where we’re going to move next. We don't know when our spouses will deploy, or whether they’ll be here for birthdays and holidays. We chose this life, and we’ve come to expect that we don’t always know what’s around the corner.

With all the uncertainty in our lives, we should be able to depend on one thing: that the companies working with the government are acting in good faith. Government contractors need to work toward keeping our service members safe. When our spouses are risking their lives to keep the country safe, they shouldn’t have to worry about the performance of government-issued equipment.

Life as a military spouse is hard enough, and the idea that a company would knowingly provide the military with anything less than grade-A equipment is devastating. Service members who used these earplugs deserve compensation. While compensation won’t fix hearing loss, it can provide the money needed for hearing loss therapy and other bills they'll encounter over time due to the  health effects of using faulty earplugs in a combat zone.

A mass tort case against 3M sends a strong message to other companies that want to work with the U.S. military: quality matters. Prioritizing the safety of service members matters. Companies that try to quick-fix equipment to secure a government contract will pay for their negligence. Hopefully, this mass tort suit will give every service member affected by 3M’s lack of integrity the compensation that they deserve.

If you or a loved one served in a combat zone between 2003 and 2015 and experienced ringing in the ears or hearing loss after using 3M earplugs, there’s still time to join the mass tort suit and explore whether you’re entitled to compensation.

3M has already settled with the U.S. government, and now, it’s time for service members to get the money they deserve for their injuries and suffering. Take our free case evaluation below to find out if you may be entitled to compensation.

Hearing loss is often irreversible and can be a difficult transition for the person and their family to manage. Yet there are many ways that you can show support for your loved one

For those affected by the faulty 3M earplugs, the long anticipated trials are beginning. The lawsuits claim that these devices failed to adequately protect soldiers’ ears.