For those affected by the faulty 3M earplugs, the long anticipated trials are beginning. Dubbed the Combat Arms earplug version 2, the lawsuits claim that these devices failed to adequately protect soldiers’ ears. What’s worse, the company that sold the earplugs to the military (3M) allegedly knew the product was defective. Aearo Technologies originally made the earplugs, and 3M sold them to the military after their 2008 acquisition of the company.

When used properly, the ear plugs were supposed to block out loud noises while still allowing service members to hear conversation and other quiet noises. However, according to the lawsuits, the earplugs needed a modification in order to work correctly and adequately block out loud noises. They assert that 3M conducted tests with this modification in place but failed to inform the military that the modification was necessary. Without the modification, the earplug would imperceptibly slide out of place and leave soldiers’ ears susceptible to damage.

One of the Largest Mass Tort Cases on Record

These lawsuits are part of a mass tort case, meaning there are many plaintiffs with similar claims, and each case will be tried separately. The first trial began its jury selection in late March in Pensacola, Florida. Mass torts typically involve a large number of plaintiffs, but not nearly as many as are involved in this case.

Many mass tort cases consist of anywhere from 2,000 to 100,000 lawsuits, depending on the size of the case. The 3M Combat Arms Earplug Version 2 mass tort is more than double that number, with about 230,000 lawsuits.

While 3M denies that the earplugs were faulty, hundreds of thousands of service members who now have hearing loss and tinnitus beg to differ. If the court rules in the veterans’ favor, 3M could be responsible for paying out hundreds of millions of dollars to the people injured by the earplugs as each trial plays out. 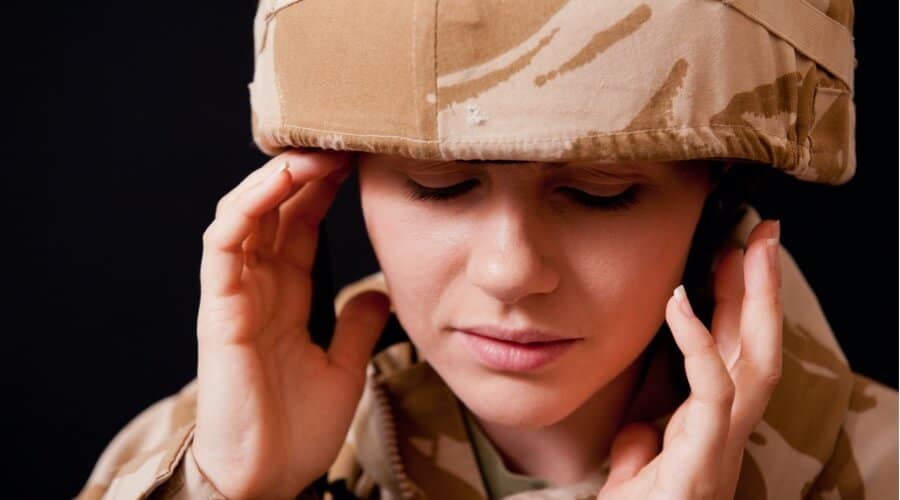 The Bellwether Trial Has Begun

The first of the trials that is currently underway is a bellwether trial. A bellwether trial is in essence a test trial that in this case is a consolidation of three lawsuits. This first trial is intended to generate a general idea for what to expect with the remaining lawsuits. The veterans in this first trial suffer from hearing loss and tinnitus—the two most common conditions allegedly caused by the faulty earplugs.

The bellwether trial can give a preview of evidence and damages that are likely to be presented in the hundreds of thousands of other trials. Depending on which way the trial goes, the attorneys might adjust their cases to be more successful in the later trials. On the other hand, if the bellwether trial lands in the favor of the plaintiffs, it could encourage 3M to settle on some of the other lawsuits without going through a time-consuming and emotional trial for each individual.

The Effects of Hearing Loss

Hearing loss plagues over a million veterans and is the number one disability related to service in the armed forces. This disability creates both a financial and emotional burden on veterans who aren’t able to escape the effects. Whether it’s a constant ringing in their ears or the inability to hear their children call their name, hearing loss and tinnitus negatively affect veterans’ quality of life.

The effects of hearing loss for these veterans is compounded by the fact that it could have been prevented. Knowing that a company’s negligence may have led to their suffering is difficult to accept.

If you believe that you or a loved one were harmed by 3M Earplugs, you may be entitled to compensation

Should You Be Concerned About Noise Pollution?
3M Earplug Lawsuit: A Military Spouse’s Perspective
Helping Loved Ones With Hearing Loss