The Dark History of the Boy Scouts

The Boy Scouts of America was founded as a values-based organization with a focus on building character through fun, adventure, volunteering, team-building, and responsibility. Despite portraying itself as offering a safe, moral environment in which young people could thrive, the Boy Scouts as an entity knew that some leaders were guilty of sexual abuse and yet did not report it. Adding insult to injury, the organization tried to hide the abuse instead of honestly addressing it.

If you or a loved one were victimized as a minor by a leader in the Boy Scouts of America, you may be entitled to compensation.

If you or a loved one were victimized by any leader in the Boy Scouts of America, you may seek justice and hold the organization accountable for the sexual abuse it condoned by concealing sexual abuse that has been taking place since the early 1900s.

Since its founding in 1910, the Boy Scouts of America painted itself as a safe place for boys to enjoy fun and adventure while developing an appreciation for the outdoors and learning important life lessons while serving their community.

The saying “scouts honor” and the accompanying hand sign refers to the Boy Scout Oath, which states “On my honor I will do my best to do my duty to God and my country and to obey the scout law; to help other people at all times; to keep myself physically strong, mentally awake, and morally straight.”

Scouts honor applies to the Boy Scout mission, too: “The mission of the Boy Scouts of America is to prepare young people to make ethical and moral choices over their lifetimes by instilling in them the values of the Scout Oath and Scout Law.”

Scout leaders, scoutmasters, volunteers, and even paid employees were among the ranks of those who perpetrated sexual abuse against innocent boy scouts.

Scout sexual abuse is a painful topic – and it’s one that the organization has been aware of since at least 1935, when it removed over 1,000 scout leaders for crimes against scouts. All the while, the organization concealed sexual abuse from scouts, their parents, and communities that supported scouting.

Beginning in 1959 and ending in 1985, BSA maintained a master list that eventually grew to 14,500 pages long. The Boy Scouts of America “perversion files” may have been even longer than that: It is possible that part of this master list was deliberately destroyed during the 1970s.

As incredible as the existence of such a long list of crimes is, the BSA perversion files are part of an even larger collection of secret documents that were kept hidden away at BSA headquarters in Texas.

Shortly after being founded in 1910, the organization began to receive complaints about sexual abuse, and these complaints were documented. Boy Scouts of America archives contain handwritten letters from abuse victims and their family members, along with news reports that reveal details about those BSA sexual abuse cases that actually made their way into court. 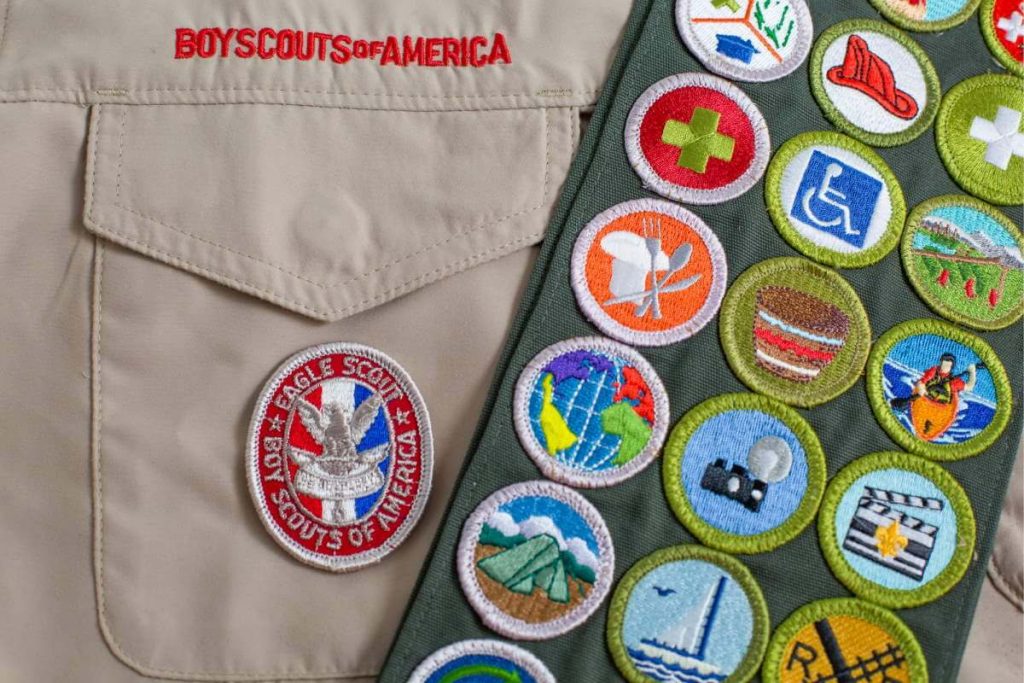 Those on the BSA perversion list may have been removed from their positions within the Boy Scouts of America, however, they faced no outside consequences. Nothing stopped them from volunteering with children or holding jobs that allowed access to young people in other settings outside the organization. Sometimes they even returned to the BSA, where they once again had unfettered access to vulnerable minors.

Following a landmark Boy Scout sexual abuse case that ended in 2010, the Oregon Supreme Court approved the public release of BSA perversion files dating from 1965 to 1985 – 20,000 pages in all. Even though the organization was ordered to pay the plaintiff $18.5 million, BSA continued to fight to keep its files private, claiming that releasing them might cause further trauma to victims. The judge in the case ruled that since those files were used during the course of the trial, they were public record.

A Tradition of Concealment and Continuing Scout Sexual Abuse

Despite mountains of internal documentation, more than a century of boy scout sexual abuse was concealed from the public. As years turned into decades, the organization did nothing to stop the abuse; instead, it continued to shield offenders while providing child molesters and pedophiles with easy access to innocent minors.

Even when allegations of sexual abuse were made, the Boy Scouts of America often chose to turn its back on the children they had a duty to protect. Rather than alerting authorities and seeking justice on behalf of scouts who endured sexual abuse at the hands of trusted adults, the BSA sought to stop its image from being tarnished.

In some cases, known abusers were allowed to continue working with boy scouts. During the 2010 case that revealed the widespread pattern of abuse within the BSA, it was revealed that assistant scoutmaster Timur Dykes confessed to a Scouts official that he had molested 17 boys. Rather than holding Dykes accountable for his crimes, BSA allowed him to continue associating with boy scouts including at least one of his previous victims.

In another outrageous example, a Georgia scoutmaster, Samuel Otts, was placed on internal probation and received severance pay from the BSA after accusations of abuse surfaced. The internal investigation in Georgia resulted in Otts being deemed “ineligible” to continue working with scouts. The abuse was not reported to authorities and when Otts moved to Arkansas, he became a Boy Scout leader again. Between 1979 and 1980, he perpetrated sexual abuse against at least one Boy Scout.

Take the first step with this free case evaluation

As a deliberate means of keeping Boy Scouts sexual abuse cases largely out of the public eye and continuing to operate within its status quo, the BSA settled scout abuse cases for decades. All the while, the organization continued to shield dangerous abusers and allowed the abuse to continue.

New laws have lifted the statute of limitations on sexual abuse cases in several states, allowing people who were harmed years or even decades ago to come forward and seek justice. Thousands of former Boy Scouts who suffered sexual abuse now have the opportunity to join in lawsuits against the Boy Scouts of America and hold the organization accountable for the abuse. Boy scout sexual abuse lawsuits also hold BSA to account for ignoring victims and their families, covering for child molesters, and allowing pedophiles continued access to scouts. At the same time, BSA failed to warn the community, scouts, and their parents about potential and ongoing abuse.

In the wake of an onslaught of sexual abuse lawsuits, Boy Scouts of America has filed for Chapter 11 bankruptcy as a means of protecting itself from mounting costs. The bankruptcy case is quickly evolving, and it is vital for BSA sexual abuse victims to seek justice, as the organization plans to utilize the Chapter 11 bankruptcy process to form a trust that will compensate victims. Meanwhile, scouting programs continue.

Thousands of former scouts have filed sexual abuse cases against the Boy Scouts of America, contending that authority figures with positions of trust within the BSA sexually abused minors entrusted to their care. Furthermore, the BSA kept secret files, concealed reports of sexual abuse, and failed to exercise due diligence in reporting abusers to authorities. In addition, the organization did not prevent abusers from participating in BSA activities, nor did it protect the community from these individuals. As a result of willful failure to act, millions of children were placed at risk of exposure to known pedophiles.

The trauma associated with sexual abuse can cause decades of anxiety, shame, and depression. Support is available for those who need it, thanks to organizations such as 1in6, where people who have been sexually abused can chat anonymously and read the stories of other survivors. It is difficult to address the situation and speaking up is almost always uncomfortable. The abuse was not your fault and it is never too late to begin the healing process.

The BSA Acknowledges that Apologies are Not Enough

“I am outraged that individuals took advantage of our programs to commit these heinous acts.”

“I am also outraged that there were times when volunteers and employees ignored our procedures or forgave transgressions that are unforgivable. In some cases, this led to tragic acts of abuse. While those instances were limited, they mean we didn’t do enough to protect the children in our care – to protect you.”

“On behalf of myself and the entire scouting community: I am sorry. I am devastated that there were times in the past when we failed the very children we were supposed to protect.”

Mr. Turley went on to state that prior actions cannot be undone, and he stated that the Boy Scouts of America encourages victims to seek compensation.

If you or a loved one were victimized as a minor by a Boy Scouts of America employee, leader, or volunteer – even decades ago – you have the right to pursue justice and hold BSA accountable for the crimes they permitted and committed.

Over the course of 72 years, more than 8,000 authority figures within the Boy Scouts of America sexually abused over 12,000 innocent children. Meanwhile, the organization wove a web of secrets and lies while promoting itself as a safe space for children to thrive. It is time to come forward, allow the court to hear your story, and hold the BSA accountable for its many crimes.

There is no need to feel shame about what happened to you or your loved one. In fact, if you suffered harm at the hands of anyone associated with the Boy Scouts of America, you can join thousands of others who are fighting for justice – and you can play an important part in making the BSA pay for their coverups, lies, and failure to protect you and other scouts who placed their trust in the organization.

If you or a loved one were victimized as a minor by a leader in the Boy Scouts of America, you may be entitled to compensation.