How Adele and Other Now-Fit Starlets Lost Weight For Good

Losing weight and keeping it off can be tough. Checking out stories of celebrity weight loss can be motivating. Learning how others have lost weight can provide ideas for how to move forward in your journey to wellness.

Curious about Adele weight loss? Fans have been wondering exactly what she did to drop serious pounds.

While hosting Saturday Night Live recently, the Hold On songstress addressed her 100-pound weight loss, saying, “I know I look really, really different since you last saw me, but actually because of all the COVID restrictions and the travel bans, I had to travel light and only bring half of me, and this is the half that I chose.”

With Instagram captions like, “I used to cry but now I sweat,” it’s clear that Adele has been working out more often.

Sources say that Adele exercises for an hour about three times per week, and enjoys cardio, Pilates, and circuit training.

In addition to working out, sources say that Adele follows the Sirtfood diet, focusing on whole foods including strawberries, coffee, kale, and cocoa. 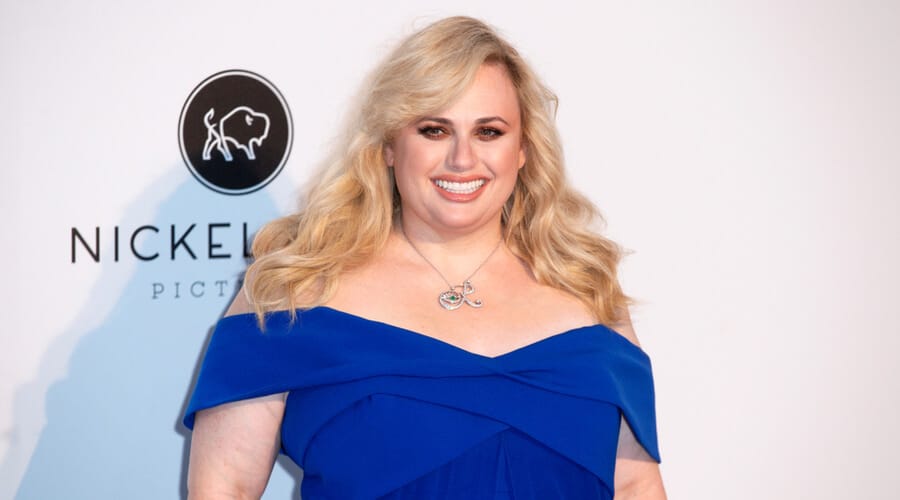 Rebel Wilson weight loss didn’t happen by accident. The Australian actress declared that 2020 would be her “Year of Health,” and she’s made good on that promise.

The Isn’t It Romantic star is down “about 40 pounds,” and attributes much of her weight loss to eating a protein diet. In an interview with People magazine, Wilson said, “Before I was probably eating 3,000 calories most days, and because they were normally carbs, I would still be hungry.”

Wilson started by making small habit changes. Going for walks, drinking more water, and swapping out certain foods for healthier choices all helped her drop the pounds. She emphasizes that nothing is off-limits.

Of time with family and friends, Wilson says, “We’ll be like, 'Should we get In-N-Out burger?' And I'm like, 'Nothing is forbidden.' I can go there, I just might eat half of what I used to eat before. You know? And I'll have a burger, and a few fries, and then you feel fine."

Wilson says that she’s realized she needs a high-protein diet for her body type. She no longer feels hungry all the time now that she’s cut down on sugar and other carbs.

Sources say that Wilson uses the Mayr Method, a plan that pinpoints food intolerances and works to reduce dairy and gluten. Fans of the Method say that it reduces inflammation and helps to turn the body alkaline, which can aid in weight loss. 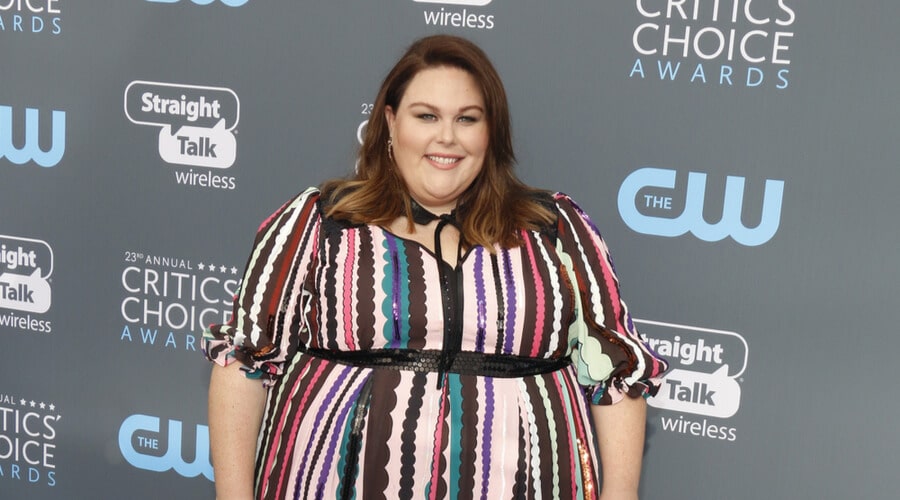 Critically acclaimed This Is Us actress Chrissy Metz has stolen hearts on the small screen – and her character Kate’s journey to lose weight has paralleled her own struggles to get fit. Chrissy Metz weight loss has been widely searched by This Is Us fans as they've watched her on-screen slimdown.

In an interview with TVLine, Metz revealed that weight loss was a part of her This Is Us contract. The show required that Metz lose weight along with her character.

“That was a win-win for me,” she said. "Because it’s one thing to try to do it on your own. But as human beings, it’s an ego thing: We’re more likely to do something for someone else.”

While Metz hasn’t said much about her weight loss methods, she’s talked about focusing on progress, not perfection, and how she’s working to get a handle on emotional eating.

In an interview with Good Housekeeping magazine, she said, "I’ve battled weight issues, but I realize that I don’t have to beat myself up if I have XYZ food. Instead, I change my perspective and think, 'What is it that I’m angry about?' since we tend to want crunchy foods when we’re angry or ice cream when we soothe ourselves. All these things I’m just trying to be cognizant of.”

Metz has made one thing clear: she’s not interested in gastric bypass surgery. Her character on This Is Us considered having the procedure done to aid in her weight loss efforts. 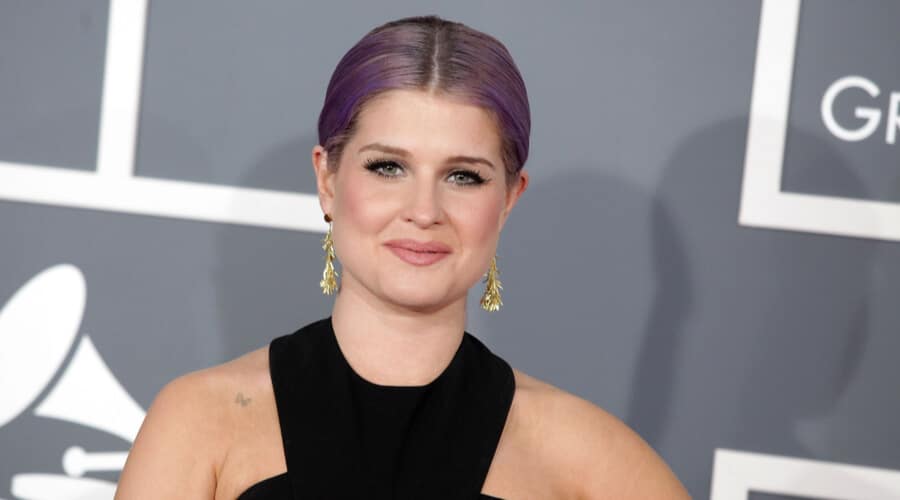 On the Hollywood Raw podcast, Osbourne said, “I did it, I’m proud of it... I did the gastric sleeve. All it does is change the shape of your stomach. I got that almost two years ago. I will never ever ever lie about it ever. It is the best thing I have ever done.”

Osbourne has explained that while gastric sleeve surgery can help to move weight loss efforts forward, it’s not a quick fix, and it’s not easy.

Kelly has mentioned the importance of getting her mind right before having her procedure, stating, “The number one thing I had to do was get happy. I had to fix my head before I could fix my body. You can never go into this if you’re not in a good mindset."

She credits her commitment to a healthy lifestyle for her progress following her procedure. Kelly Osbourne weight loss has been applauded by those who have undergone gastric procedures – her honesty about how the procedure isn't a quick fix rings true for those who have gone under the knife. 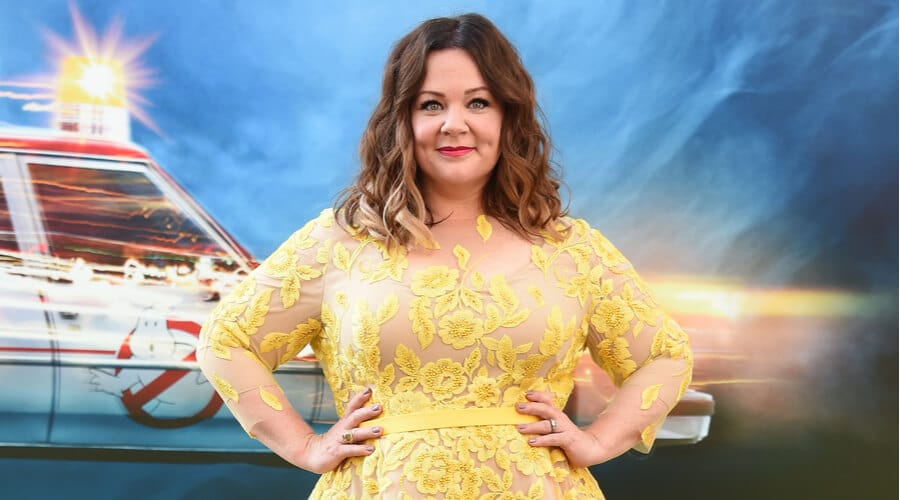 Comedienne extraordinaire Melissa McCarthy has slimmed down – for good. The actress says that her size has fluctuated in the past, and she’s fallen victim to too-good-to-be-true fad diets. Melissa McCarthy weight loss didn't happen due to fancy wellness retreats or a strict diet – she made healthier choices, one day at a time.

She realized that the key to finally keeping weight off was simplifying her lifestyle. In 2015, she lost 50 pounds by switching up her mindset, according to an interview with Life & Style magazine.

"I truly stopped worrying about it," McCarthy said of her weight loss efforts. "I think there's something to kinda loosening up and not being so nervous and rigid about it that, bizarrely, has worked."

While talking to ExtraTV, the actress said, “No trick, nothing to tell, just super-boring life.” You bring it real down, you don’t do anything fun, and you go to bed at 7:30—that's the trick."

Known for her tell-it-like-it-is personality and hit singles like With You, Simpson’s fans have watched her weight fluctuate over the years. Six months after the birth of her daughter Birdie Mae, Simpson announced that she’s lost 100 pounds. A year later, Jessica Simpson weight loss has become a trending search among fans and those who want to shed pounds.

Jessica turned to her trusted trainer Harley Pasternak when she decided it was time to get the pounds off for good. Weighing in at 240, Jessica told Pasternak that she wasn’t just trying to get into shape – she wanted to look great, feel energized, and she wanted it to last.

According to Pasternak, he and Simpson took a holistic approach to her wellness this time around. She walked at least 12,000 steps per day, unplugged from technology for at least an hour a day, and worked to make sure she got at least seven solid hours of sleep each night.

Pasternak also stresses the importance of focusing on behavior-based goals, rather than relying on the scale as the only measure of progress. “Every night before she goes to bed she sends an email showing that she hit all five tasks, so she’ll go to bed feeling successful. She’s hit her step goal, she’s eaten well, she’s balanced her responsibilities — so she can go to bed with a sense of fulfilment, and that’s everything.”

Thinking About Trying Weight Loss Pills? What You Need To Know

It’s clear that there are many methods of losing weight, but sometimes, it can feel frustrating that diet and exercise don’t work quickly. Other factors can make weight loss tough, such as stress, certain health conditions, and hormonal factors.

Some doctors have prescribed the weight loss pill Belviq for people who have struggled to lose weight. In conjunction with a healthy diet and exercise, some people find that Belviq helps them to shed excess pounds.

Here’s the problem: after the FDA approved the drug, the organization insisted that Belviq needed to go through a 5-year clinical trial to ensure that it didn’t cause long-term cardiovascular problems, due to prior concerns about how Belviq affected the heart. While Belviq came up clean for heart issues, the 5-year trial showed that Belviq increased the risk for certain cancers.

If you’re currently taking Belviq, the FDA has recommended that you stop and talk with your doctor about other ways to lose weight.

The FDA finally recalled Belviq in 2020. If you’ve taken Belviq and have experienced lung cancer, colorectal cancer, or pancreatic cancer, you may be eligible for compensation through a Belviq lawsuit.

If you believe that you or a loved one were harmed by Belviq, you may be entitled to compensation.