Juul's E-cigarettes were marketed as a safer alternative to tobacco, but they could be causing just as much damage if not more

What You Need to Know About Juul Case

What Is The JUUL Case All About?: Users of JUUL e-cigarettes began to present symptoms of severe respiratory illnesses. This has been found to be due to chemicals found in some of the flavoured liquids used to produce vapor in e-cigarettes. The FDA and CDC have warned consumers about the dangers of vaping and the link to EVALI. Users who are suffering are encouraged to seek justice against the manufacturers.

Who Was Impacted By JUUL?: People of all ages who have used JUUL products to vape, sometimes for recreation, and some as a replacement for smoking tobacco. These users that developed respiratory illnesses should enquire about eligibility for compensation.

When Were These E-Cigarettes Introduced?: JUUL started distributing e-cigarettes in 2015 and became very popular through marketing campaigns aimed at teens and those in their early 20s.

Why Were These Vaping Products Defective?: JUUL e-cigarettes were found by the American Journal of Physiology to potentially have significant pulmonary toxicity. It is alleged that e-cigarette manufacturers such as JUUL did not test their flavored vaping liquids sufficiently to determine their safety, especially among young users. This negligence should be punished by those who are affected by EVALI.

How To Fight Back Against JUUL: To see if you or a loved one qualify to fight against the injustice of EVALI due to JUUL’s negligence, start by taking a free evaluation to check eligibility for compensation.

About The Juul Lawsuit

Juul Labs, Inc., the manufacturer of a popular brand of e-cigarettes and pods is facing a massive number of lawsuits in courts across the United States. The company is being sued by individuals who claim the products have caused injuries, families who have lost loved ones to vaping-related lung diseases, and school districts that claim Juul products nefariously target children.

In essence, Juul is accused of two different public health scandals in the United States. The first involves aggressive marketing towards teenagers, often with disinformation, leading to rising nicotine addiction among children and young adults. The second involves the link between vaping and a potentially deadly lung disease. 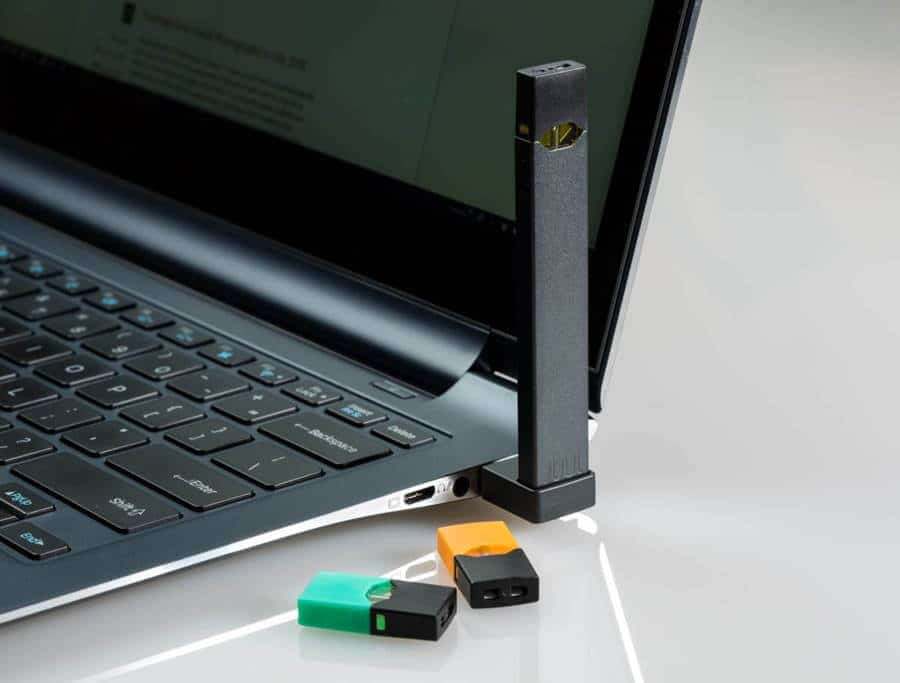 Designed as an alternative for cigarettes, electronic cigarettes (e-cigarettes) became widespread over the last decade and experienced a meteoric rise in popularity thanks to aggressive advertising. Unlike big tobacco companies which were forced to adjust their marketing tactics in the aftermath of major class action lawsuits, e-cigarette companies faced none of the same restrictions.

This allowed brands like JUUL to market e-cigarettes to younger audiences using enticement strategies like different flavors and other tactics that were banned for big tobacco years ago, allowing them to capture about 70% of the vaping market. However, disturbing developments began to emerge. Apart from a teen and young adult vaping epidemic announced by the US Surgeon General in 2018, internal documents produced by JUUL showed that e-cigarettes were marketed to children as young as 8 years old.

Beyond this troubling fact, many manufacturers failed to acknowledge the high nicotine content in the products, leading to an epidemic of youth nicotine addiction and other related health problems amongst users. Moreover, the products were not rigorously tested and the ingredients were not studied in-depth enough to understand the long-term effects of regular e-cigarette use. Given that the ingredients haven’t been studied extensively, little is known about their impact when inhaled, especially given the range of chemicals included in vape mixtures.

Now, children as young as 15 are in rehabilitation for nicotine addiction, there are many side-effects that can arise after use including irreversible lung damage, lung disease, seizures, strokes, and heart attacks. This also led the Centers for Disease Control and Prevention (CDC) to define a new disease linked to vaping. EVALI, which is short for e-cigarette or vaping product use-associated lung injury, has swept across the country, causing severe illness in otherwise healthy individuals. Although the exact cause and ingredient is still unknown, the severity of the issue caught the eyes of regulators including the Food and Drug Administration (FDA) and Congress which warned JUUL about its marketing practices.

Between the problems of addiction and severe illness resulting from vaping use, parents of impacted children and adult users have since turned their attention towards JUUL and other e-cigarette manufacturers. Now, the company is the target of wrongful death lawsuits and other class action lawsuits in San Francisco along with a federal criminal investigation into its potentially deceptive advertising techniques. Injured users and their families are starting to fight for justice, by pursuing the company in court for its wrongdoing and harm. 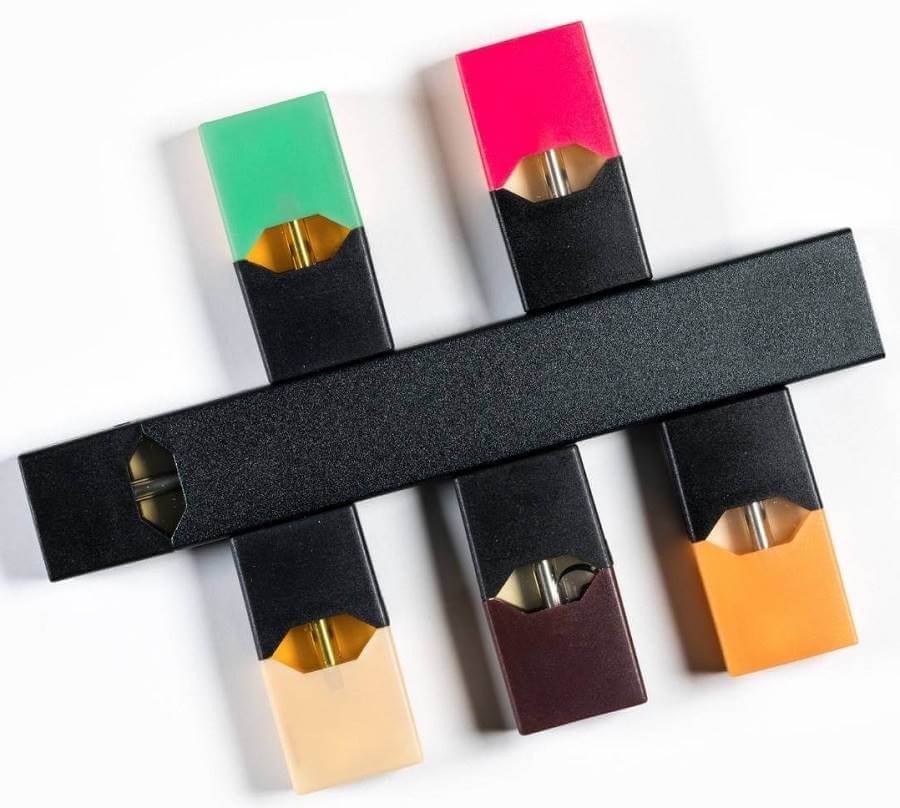 Juul E-Cigarette Side Effects and Injuries

Juul Side Effects and Injuries

Vaping is still a relatively new trend, so health experts have not yet fully understood the long-term effects of smoking e-cigarettes. However, the evidence is mounting as to the dangers of using Juul and other vaping products. Media reports and documents from plaintiffs suing Juul have laid out many different side effects of using the e-cigarette brand. These include common side effects like high blood pressure, coughing, nausea, and so on.

More worryingly, though, is the newly found lung disease linked to vaping, EVALI. The Center for Disease Control (CDC) first recognized EVOLI (e-cigarette or vaping product use-associated lung injury) in August 2019. Other, more anecdotal, reports have surfaced of Juul injuries. In January 2020, for example,  Bloomberg reported on a woman who said her throat bled after using a Juul e-cigarette.

According to recent figures published in February 2020 by the CDC, there were over 2800 cases of vaping lung disease (EVALI) and 68 deaths caused by vaping. However, these numbers fail to take into consideration the total number of children and adults impacted by e-cigarette use. Due to the marketing practices and impacted groups, the amount of people that have been exposed to these products could number in the millions. However, the exact number of users is unknown since they’ve been on the shelves for less than a decade.

Accordingly, the problems associated with vaping, whether addiction or harmful side-effects, could swell into tens of thousands or even hundreds of thousands of cases, especially given that these products are still being marketed and sold to consumers. The number of people pursuing justice against JUUL is only growing as time passes as the impact and side-effects of their dangerous products becomes more clear.

Like any personal injury or medical malpractice claim, there is a call for those who have been injured by Juul products to come forward to seek compensation. 100s of cases, some for wrongful death, have already been filed against Juul.

The financial compensation received from Juul will depend on the individual circumstances of each plaintiff suing Juul, of course, but it’s worth noting that claims are being lodged for a variety of reasons, not just severe injuries. Compensation is being sought from the company for marketing deception, addiction to Juul products, and to side effects from using the products.

So far, JUUL has mainly been the target of action from regulatory agencies including the Food and Drug Administration. The company is currently facing a criminal investigation relating to its marketing practices. However, for consumers, action against the company is only beginning to take shape. Now, more individual cases are being launched against JUUL for wrongful death, deceptive marketing practices, youth addiction, and other related side-effects 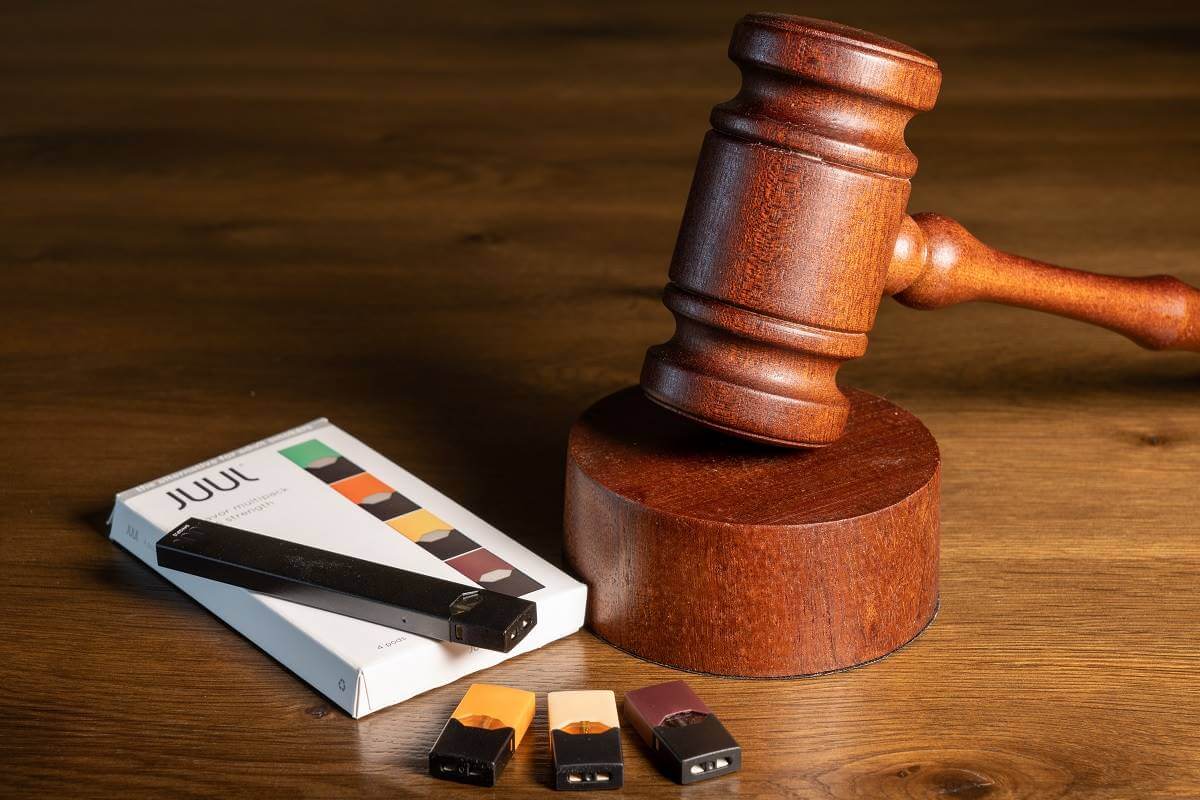 At the time of writing, Juul has yet to settle any of the lawsuits brought against it. However, there are still hundreds of lawsuits pending against Juul, and it is probable that many more will arise as more evidence comes to light about the harm caused by Juul’s products.

The number of cases against the company are rapidly growing given the different side-effects resulting from use which includes severe lung damage, lung disease, stroke, heart attack, vision loss, and more.

In 2019, many of the Federal cases launched against JUUL were consolidated and transferred to a court in San Francisco. The first wrongful death lawsuit was filed against the company in 2019 and now school districts and other affected individuals are joining the action against JUUL for its harmful activities and dangerous products. Moreover, the momentum of those pursuing justice against the company is only growing as time passes due to the enormous impact of these dangerous e-cigarettes.

Just because Juul has yet to pay financial settlements now does not mean it will not do so in the future. It takes time for large corporations to weigh up the financial risk when facing high-profile lawsuits.

One of the main reasons for e-cigarette addiction is that the vapor inhaled contains nicotine, a highly addictive substance. In fact, one Juul pod is said to contain the same amount of nicotine as 20 standard cigarettes! The delivery of nicotine differs depending on the wattage power of the e-cigarette tank and the amount of nicotine in the liquid. According to a Truth Initiative report the most popular e-cigarettes before Juul’s launch in 2015 had between 1-4% nicotine in the pods, whereas Juul products initially launched with 5% content. This has led some to cite Juul addiction as a specific problem among e-cigarette users.

Furthermore, some experts point to the fact that cravings for e-cigarettes can be psychological, something that is further reinforced by advertisements for products like Juul. In the Juul lawsuits, it’s frequently reported how teenagers and young adults have been targeted by Juul, and that this demographic is more susceptible to ad campaigns. The CDC clearly states that “the use of e-cigarettes is unsafe for kids, teens, and young adults.” 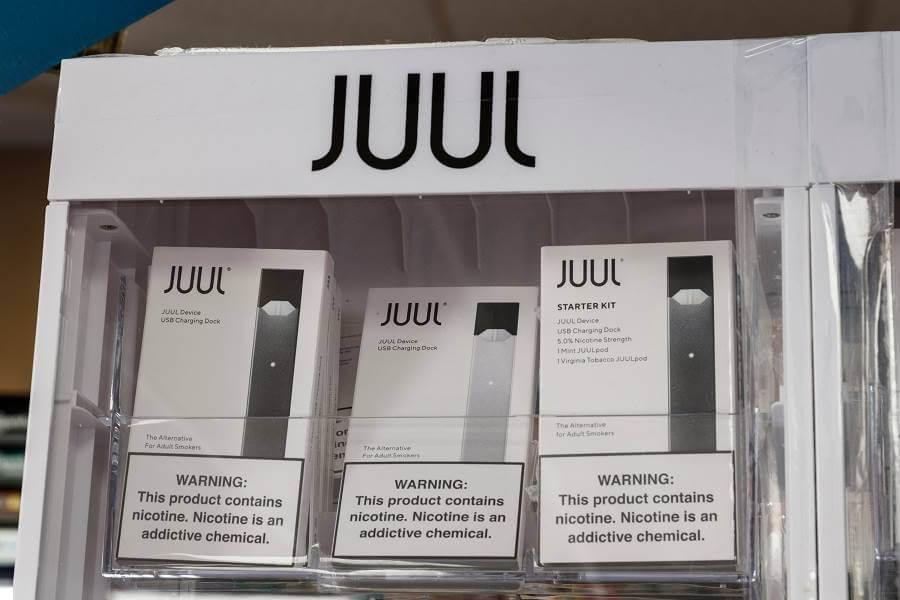 While smoking regular cigarettes has been on a downward trend in the United States, e-cigarette use has been steadily rising, especially among the young. This suggests that Juul addiction by young people is a real phenomenon and something to be concerned about. In a study by the University of Michigan reported by the Pew Research Center, it was claimed that e-cigarette use doubled among secondary-school students between 2017 and 2019. For example, use among 12th graders increased from 11% of all students to 25%.

In the fall of 2019, Juul was heavily criticized for not recalling a shipment of over 1 million contaminated vaping pods. The incident led to the ousting of a Juul executive, Siddharth Breja, who claimed in a lawsuit against Juul that he had been “inappropriately terminated” for raising concerns about the e-liquids. Furthermore, Juul was accused of misleading its customers by not informing them of the faulty vaping pods, and by not recalling the product immediately.

What Do I Need To Get Started?

To get started please use our free evaluation form to determine eligibility for taking action. To take legal action you or a loved one must meet the following criteria:

How Our Process Works

Fill in A Survey

Find out if you qualify to compensation

We will walk you through the process

If eligible, you are able to join a lawsuit